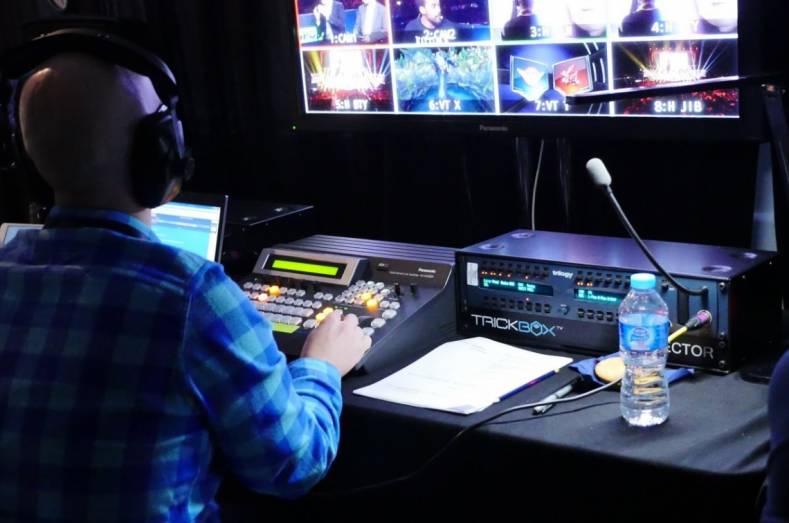 London-based facilities company Trickbox TV has extended the capabilities of its flyaway production package with the addition of a new intercom system. A Trilogy Communications Messenger has been added to Trickbox’s PPU (portable production unit) offering, which has been designed for live events, corporate presentations and web streaming, as well as broadcasting.

PPU and flyaway systems is one strand of Trickbox TV's activities, which also include equipment hire, video production, system integration and managing the HD-equipped Tower Bridge Studios. Its PPUs are available in a number of configurations, including SD, HD and Ultra HD/4k, with a variety of cameras, such as SDI and ENG, plus tally lights, control racks, multi-view video monitors, waveform monitoring, vision mixers, SDI distribution and audio mixing and embedding.

The flyaways are usually used for multi-camera productions, where intercom plays a crucial role in keeping operators and other crew in touch with each other. Trickbox TV decided it needed an easily transportable, compact communications system that would give everybody in the control area an individual talkback panel, with camera personnel having comprehensive intercom facilities.

Trilogy Communications' Messenger system accommodates four-wire inputs and outputs, which the manufacturer says simplifies the integration of intercom for presenters, radio and equipment from other companies. It also has two-wire capability and is based on a matrix that allows it to be built up into a 16 or 24 panel system with up to four-channels of analogue telephone interconnectivity. 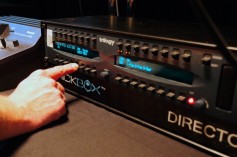 Commenting on the decision to offer Messenger as part of its PPU package, Trickbox TV managing director Liam Laminman said, "Talkback is a crucial part of any production. We chose Trilogy's Messenger because it's a compact, digital system that provides a lot of technical flexibility coupled with operational convenience."

The Messenger has only just gone into service with Trickbox TV but in this short time it has been used as part of the production set-up on coverage by BBC Sport and BBC Three of the League of Legends World Championship at Wembley Arena in London.

Earlier in the year Trickbox TV increased the 4k capability of its multi-camera production packages by adding ten MultiDyne camera fibre devices. These can be used to turn cameras including the Canon C300 and Sony F55 into system cameras. The company has also bought other 4k capable equipment, including a vision mixer, video router and signal processors.

"As 4k production becomes more prevalent and demand increases, it made sense for us to invest in [a full] workflow that will take use from capture to delivery across a variety of projects, whether we are doing a multi-camera shoot at Tower Bridge Studios or large music festivals," commented Laminman.