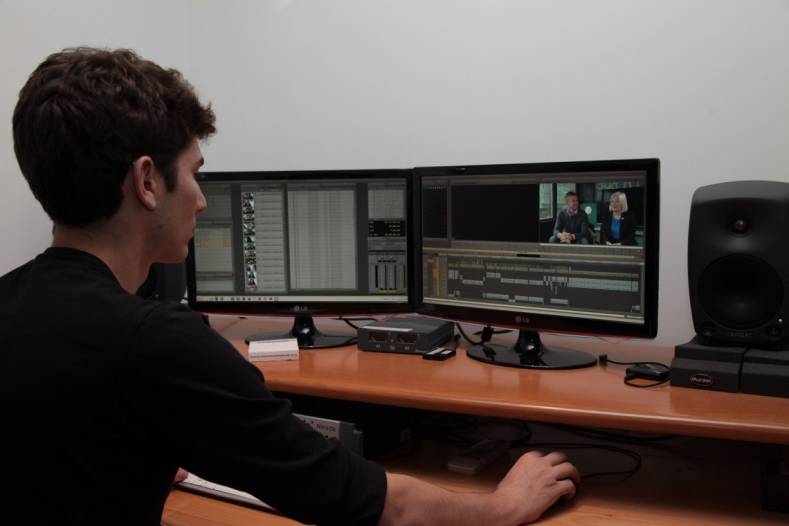 Earlier this year, two Facilis TerraBlock 24EX/16 64TB expandable shared storage units were installed – one in drp's Midlands production facility and the other in its London offices. The equipment was specified and supplied by Facilis channel partner, ERA, and became fully operational last March.

Explained Jonathan Hyde, Video Technical Manager, drp, “The TerraBlock units are replacing our Avid Unity storage solution which we had used for many years. We were attracted to the TerraBlock as it offered a significant upgrade in terms of storage capacity, much higher available bandwidth than other competitors, and a workflow which allows multiple clients to operate and support 4K – which we will be moving to shortly.

He continued: “TerraBlock provides our team with the ability to share all media seamlessly. It allows us to work in a flexible way and go beyond our previous setup by rolling this functionality out to other members of the video team – including producers, researchers and production assistants – which was not previously possible due to licensing and a lack of Ethernet connectivity to the previous shared storage.

“We are looking to improve efficiency within the suites – even with the cost of an edit seat reducing over recent years. By allowing producers and directors access to ‘offline’ suites to review rushes and perform basic edits prior to an editor being involved, this will enable us to streamline our post production operation.”

A key consideration for drp was TerraBlock’s ability to support 4K production workflows. “We have started to acquire 4K footage and we will shortly be looking to use that in our everyday workflow – with the TerraBlock at the heart of that operation,” stated Hyde. “One of our major considerations when looking for a new shared storage was how it would handle a full 4K workflow – and how much bandwidth we would have available.”

“Allowing us to run multiple NLEs on both fibre and ethernet with enough bandwidth to support additional grading and audio post facilities is probably the thing which has and will continue to help us to develop from where we were,” Hyde concluded.

Jim McKenna, VP Technology at Facilis added; “drp is one of a growing community of post facilities that are pioneering 4K production workflows for the international market and we are proud that they have selected Facilis TerraBlock as their preferred storage solution. Working closely with ERA and drp, we have created a storage architecture that sets a new standard in facilities of this size and scale.”