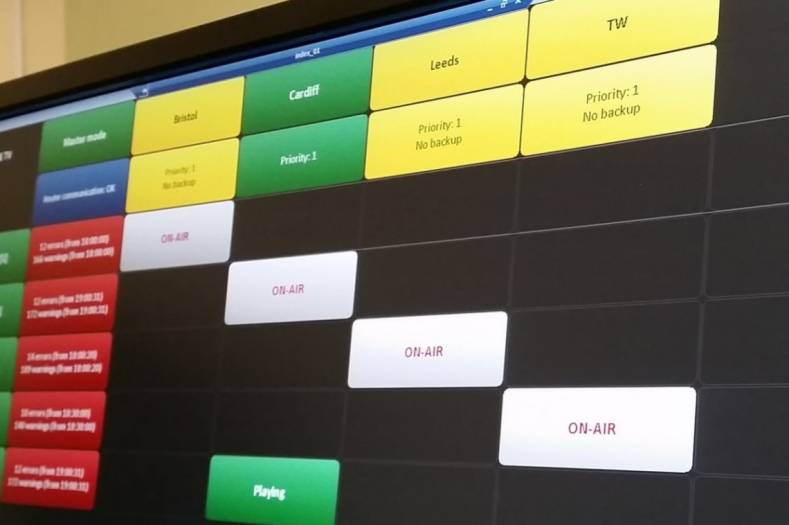 Local television is rolling out across the UK with more stations opening this year after the initial launch at the end of 2014, with another 30 services scheduled for 2016. Among the first to go on air were the City TV licences for Bristol, Cardiff, Leeds and Tyne and Wear, which are held by Made Television and went live in October and November last year. All playout for these is managed at a centralised broadcast centre based on OASYS automation technology from BroadStream.

Made TV chose to handle its own distribution network from its Media Centre headquarters in Leeds. From here the broadcaster plays out the four channels, each of which has programming tailored to its local area, including news, sport, current affairs and entertainment. The fully redundant system comprises several BroadStream OASYS units, among them the Player schedule manager. This allows the network to carry a mixture of video material in a variety of formats in the same playlist at the same time, enabling operators to edit and change the schedule during transmission.

The playout system and studios were installed by systems integrator Megahertz, which has been involved in the project since the licence application process in 2012. As well as the automation equipment, the Leeds Media Centre houses a master control room and distribution and asset management facilities. Like the three other stations it also has a production studio equipped with three robotic cameras, plus capacity for a further two. Each Made station has ENG capability for live coverage of local events as they happen. 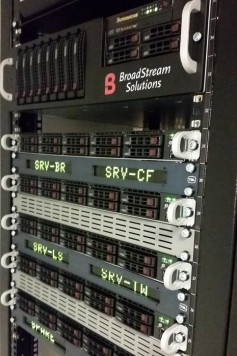 BroadStream servers in the rack room at Made TV's Media Centre in Leeds.

Made TV chief executive Jamie Conway commented that the Megahertz design and installation allowed the creation of an integrated operation, despite the sometimes substantial distances between the different stations. "Our studios in Bristol will be operating as part of a network as if they were in the room next door to their colleagues in Newcastle," he said. "This gives us great economies of scale and internal knowledge sharing."

Conway added that the automation system puts Made TV, as a local broadcaster, on a more even operational footing with national services: "We are truly able to compete with national broadcasters in terms of having the best and most reliable technical solutions to satisfy both the viewer and the advertiser. This is integral to the business, as our shared services model has been developed to allow local teams to focus on making great local content, so the technology simply just needs to work. The OASYS platform enables better automation, while remaining cost efficient and agile with no costly hardware requirements."

The Made TV playout installation is arranged on a 4+1 basis, with capacity put aside for a fifth station, Made in Teesside, due to launch in early summer 2016. The network is carried on the Freeview, Sky and Virgin platforms.