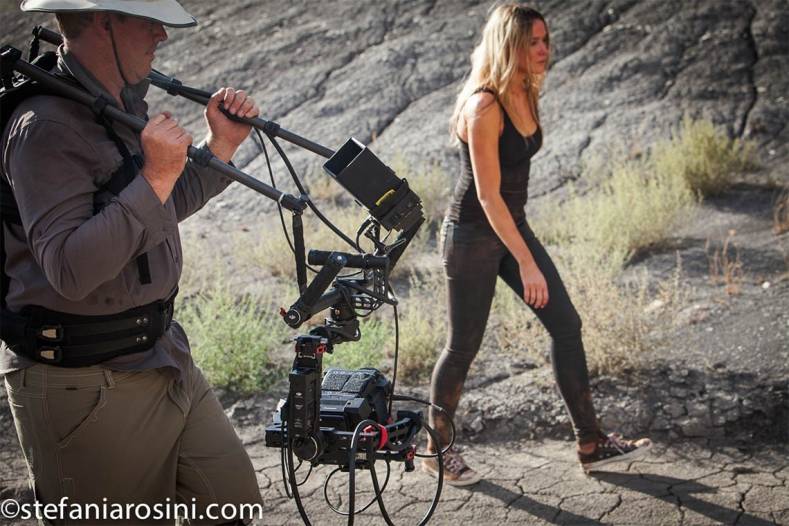 FitzMaurice shooting Monolith for Sky Italia with the Varicam 35

Cinematographer Michael FitzMaurice recently concluded principal photography on the feature thriller Monolith for Sky Italia Productions. The project was shot in punishing desert conditions (Kanab, Utah and Mojave Airport, California) with the Panasonic VariCam 35 4K camera and is currently in post. In Monolith, the story follows a young mother as she labors through the night to free her infant son from a “monolith” SUV before the desert sun comes up.

With several DP credits, FitzMaurice came up through the ranks as a camera operator on many big-budget features, Mr. and Mrs. Smith, Live Free or Die Hard, Iron Man 1 and 2, Indiana Jones and the Kingdom of the Crystal Skull and The Green Hornet, among many.

Beyond Sky Italia's stipulation that Monolith be shot in native 4K, FitzMaurice said his criteria for choosing the Panasonic VariCam 35 were image quality and dynamic range, ruggedness and ergonomics and, crucially, the dual native 800/5000 settings.

“The image sensor is amazing, with skin tone detail and color really impressive, right out of the camera,” FitzMaurice said. “The dynamic range is easily 14 stops.”

FitzMaurice said that beyond the wow factor of the native 5000 ISO for extreme low-light shooting, the 800 ISO is equally impressive. “We had many situations during our day shoots when our lead would move from hot bright light into shadows,” he noted. “We encountered no stepping or banding, but rather a very smooth, organic transition into highlights, with details held very well.”

Since the crux of Monolith's dramatic tension is the mother feverishly trying to get her baby out of a locked car at night, the DP wanted to shoot at night, not day-for-night. “We shot a full third of the movie at night, I always prefer to shoot night scenes at night...but why be there if you can't see the background?” FitzMaurice said. “Panasonic will tell you that the VariCam 35 sees better in the dark than the human eye, and that was my experience. We had a tiny amount of light coming from red LED trim lights on the exterior of the car, but our main light source at night was the moon: I chose to shoot during the full moon cycle. The moon provided all the necessary light for the foreground action and background. The VariCam 35's was the cleanest 5000 ISO I've ever seen.” 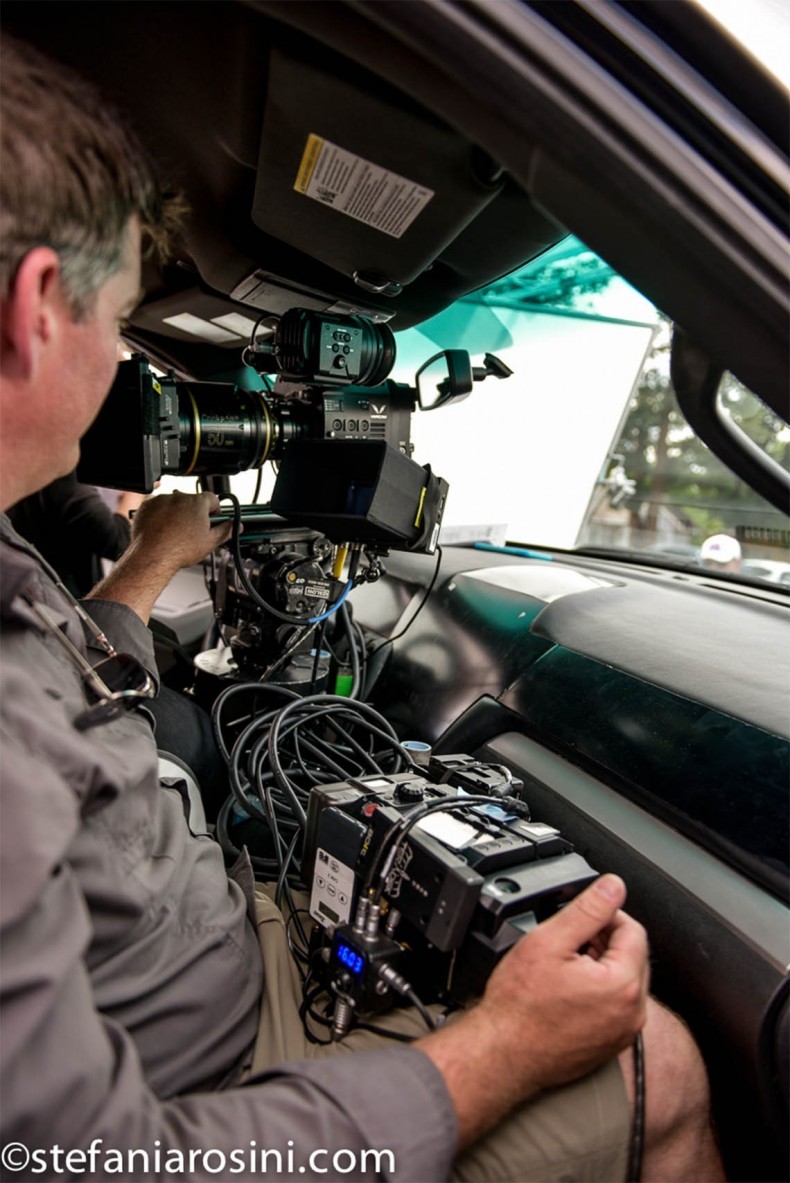 FitzMaurice on location with the Varicam

The DP had three VariCam 35s on the shoot, one used hand-held, the second alternatively used on a rig or tripod, and the third used with a Ronin handheld gimbal stabilization system cabled to the recorder mounted on a Ready Rig gimbal support system. The cameras were outfitted with three different types of Cooke lenses: Cooke Anamorphics, Cooke 5/i Primes and Cooke Series III Panchros.

FitzMaurice shot Monolith in 4K 12-bit 4:4:4 AVC-Intra at true 24p, as requested by post-production. He did some off-speed 4K shooting at 48 fps and 60 fps. The production is posting and coloring from the 4K camera original, with the files going all the way to final color in 4K on Baselight, with VFX and the final on-line slated for 4K treatment as well.