With their new “Insert Edit” capability, Cinedeck makes it possible to change just a small part of a file-based digital recording without having to re-output the whole program.

Long known as manufacturers of high-end digital video recorders, Cinedeck came to IBC 2015 with a new capability in their bag of tricks that could save hours in post production. 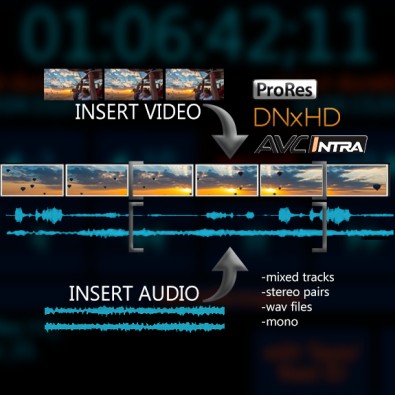 Inserting an Edit into a Digital File

Called simply “Insert-Edit”, this feature lets you cut a new clip of audio or video into an existing digital recording without having to subsequently output the whole rest of the program. Introduced at last April’s NAB but refined in its appearance at IBC 2015, Insert-Edit is available on all models of Cinedeck recorders, either the fully loaded, 4K-capable MX, the smaller footprint RX, or the modular ZX.

As Daine Pearson, sales engineer at Cinedeck, LLC, told The Broadcast Bridge, the bottom line is it lets you edit into a flat digital file as if it were a linear tape.

“This feature is unique,” Pearson began, “and as far as we can tell it has not been done before. The video can be either AVC-Intra, DNxHD or ProRes files, and the files can be wrapped either as MOV, MXF Op1A or MXF OpAtom.”

A typical scenario that benefits from this new Insert-Edit feature is the show that records an hour worth of programming but then discovers it needs to cover over a 6 second shot half way through. Maybe it’s an illegal license plate, a proprietary chunk of software, a misspelled title, or a face that should not have been in that crowd. Previously the new shot would have to be edited into the nonlinear edit system, the entire program would have to be re-exported and then have QC performed again to insure they are ready for air. 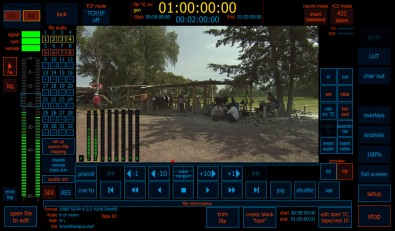 “Insert-Edit is an incredible time saver,” Pearson said. “Why have to re-create a whole hour’s program if only a tiny chunk needs to be changed? Our recorder can then output the program using something like Avid Media Composer’s Digital Cut tool or Apple’s Final Cut Pro ‘Edit-to-Tape’, since those systems treat our recorder with the same protocols as a linear Sony SRW-5500 tape deck.” 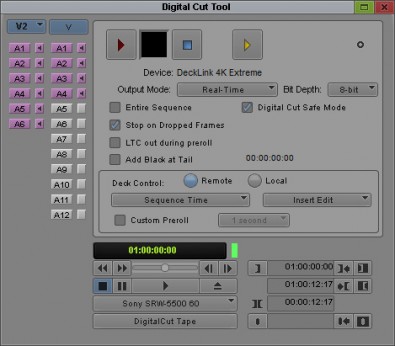 Back when tape masters ruled, making an insert edit was a relatively simple proposition because of all the pulses and intervals that could be referenced to insert new material into the signal flow. But with digital files, it is much more complicated and as Pearson tells us, “That is part of the secret sauce.”

Cinedeck’s Insert-Edit feature can now also handle up to 32 tracks of audio from Pro Tools systems, saving a whole re-mix session if minor changes have to be made. It’s ability to handle JPEG 2000 is now also a bit more refined as is the flexibility with which it deals with closed captioning and MXF Operational Pattern 1a (OP1a) audio files.

Cinedeck also showed off their “Live-to-File” capability that lets you record a live show directly to a flat digital file. The great advantage this brings is that if a re-take is needed, a new “in point” can be set just before the mistake, recording resumed, and you end up with a complete, intact master. You can even scroll through or play back one part of the master while the rest of it is being recorded.

“We know these are features that many editors and production engineers have longed for,” Pearson said. “It just took someone like Cinedeck to make them possible.”