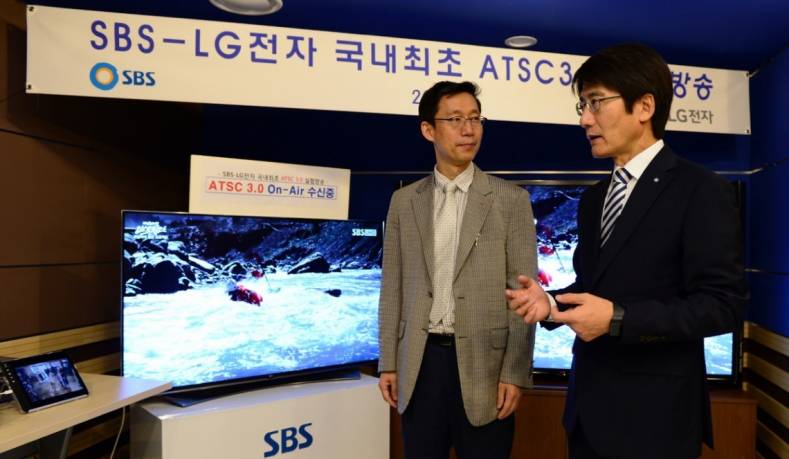 Youngsoo Park, SBS Chief Technology Officer, said this marks the first time ATSC 3.0 broadcasting technologies have been successfully tested in Korea. “This is significant achievement in realizing the feasibility of new broadcasting technology and an important first step in preparation for next year’s test transmissions here.”

Dr. Skott Ahn, President and CTO, LG Electronics, said, “LG is leading the way in development and commercialization of ATSC 3.0. Test broadcasts like this show how we are partnering with broadcasters around the world to drive adoption next-generation broadcasting technology.”

This month’s landmark Korean broadcast comes on the heels of field tests in the United States conducted since last fall by LG Electronics, its Zenith R&D Lab, and GatesAir.

The real-world field tests in Seoul, Cleveland and Madison, Wis., represent important milestones in the collaborative effort by LG, GatesAir and Zenith to develop core technologies behind the new ATSC 3.0 Standard. Their innovations are expected to be used in the majority of the baseline Physical Layer transmission system, which is likely to become an ATSC Candidate Standard next month.

Development of ATSC 3.0 technologies represents the latest collaboration among LG, Zenith and GatesAir, co-inventors of the transmission system behind the ATSC A/153 Mobile Digital TV Standard, adopted by the industry in 2009. Zenith invented the core transmission system at the heart of today’s ATSC A/53 Digital Television Standard, approved by the Federal Communications Commission in 1996.