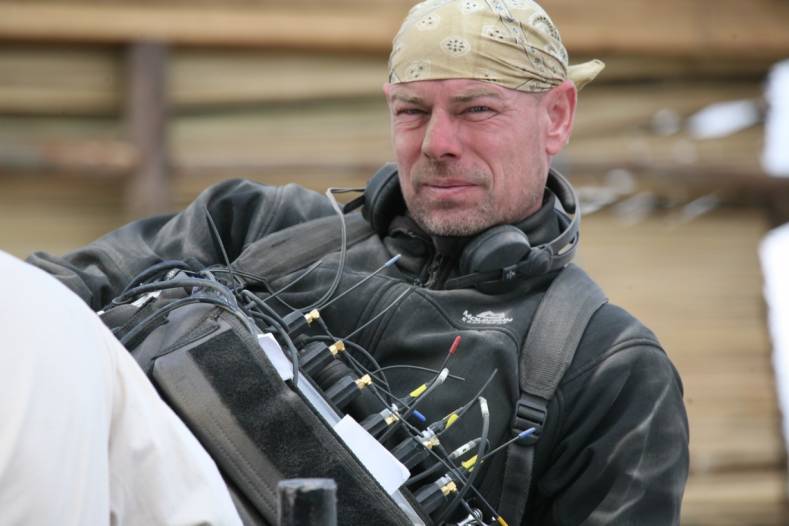 Veteran Danish audio recordist Allan Holmberg travels the world to work on a variety of projects, whether to capture on-set sound and dialogue for feature films or working on popular television programs in his native Denmark. With him on every shoot are audio recorders and Linear Fader Controllers from Sound Devices. Working from a custom sound cart to stay mobile, Holmberg said it’s important that he’s able to adapt on the fly.

“Many Danish film projects have limited budgets, and are typically shot in about 30 days, with no second unit,” said Holmberg. “This requires as much versatility and mobility as possible. My Sound Devices gear gives me the flexibility to go wherever I need while capturing incredible audio.”

Holmberg typically keeps a 788T audio recorder packed in a sound bag on top of his sound cart, giving him the option to disconnect in a hurry. His cart is loaded with various monitors, batteries, boosters, and antennas, along with the Sound Devices’ CL-9 and an Apple iPad. The 788T stays rigged so he can detach quickly from the cart, put on the harness, and shoot the next scene while mobile.

“The 788T won me over when I was working on a film titled In a Better Place,” adds Holmberg. “It was shot in several locations; in two or more places a day. While in Kenya we faced several challenges, including the heat and very fine dust. I ended up putting ‘spacers’ in the sound bag to maintain the flow of air around the 788T to help keep it cooler. The product’s rock-solid construction proved essential, as it performed very well in these extreme conditions.” 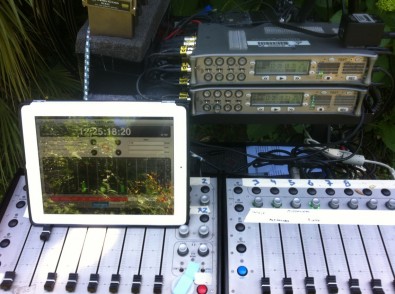 Holmberg typically keeps a 788T audio recorder packed in a sound bag on top of his sound cart, giving him the option to disconnect in a hurry.

Holmberg also chose the Sound Devices 788T for another film called, Love Is All You Need. For this production, 90 percent of the shots featured less than six actors. In a few vital scenes, there were a greater number of actors in–and-out of the frame, so the option to link the recorder was exactly what Holmberg needed. He ended up shooting these larger scenes using two 788Ts with two CL-9s for enhanced mixing capabilities, using his iPad to get easy access to the notes, track names, and additional metadata.

Holmberg also recently wrapped work on the Danish television show, Rita, and its miniseries spinoff "Hjørdis." “Because there was a need to write notes in a hurry, I decided to use the 788T and iPad combination,” said Holmberg. “Although recording dialogue is my primary job, we also try to get as much ambience and effects as we can pick up during the shooting days. This is much simpler with the 788T, because it makes access to notes and metadata so easy.”

Sound Devices’ 788T features eight full-featured inputs and records up to 12 tracks. It accepts either microphone or line-level signals, provides 48-V phantom power for condenser microphones, offers peak limiters for microphone inputs and features fully adjustable high-pass filters—all in one compact package.The 788T, like all Sound Devices products, is versatile and designed to withstand the physical and environmental extremes of field production.