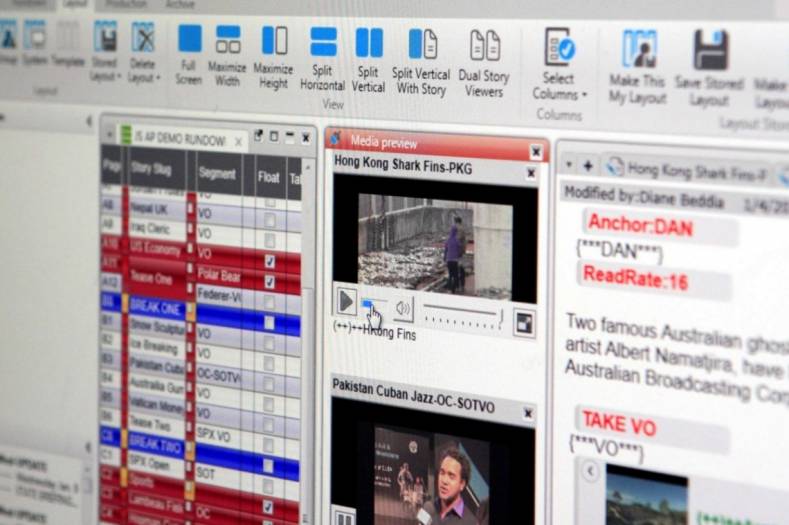 Norwegian public broadcaster NRK is updating its newsroom systems to allow greater cross-media working and co-operation between its TV, radio and online news teams. The organisation is containing its relationship with newsroom control system (NRCS) developer AP ENPS to refit approximately 20 sites in Norway that will enable more than 2,400 journalists and producers to use desktop computers, tablets or smartphones to work with scripts, agency wire services, messages and audio and video from wherever they might be.

The ongoing installations, estimated to be finished over a 12-month period, are based on AP ENPS' latest technologies, which provide greater efficiency for more conventional newsgaterhing and production while in addition bringing greater integration with social media to allow the audiences to both react to stories and provide self-shot footage. NRK is implementing ENPS 7, ENPS Moible and ENPS API.

Among the features provided by this combination are the capability to work with other manufacturers' equipment. This includes a new feature to connect with the DAVID DigiAS audio automation system over the two-way MOS (media object server) protocol, allowing control in either direction. Through MOS other manufacturers' equipment, including units from Vizrt, Chyron, Miranda and SAM (Snell and Quantel), can be interconnected into a full production system together with NRK's CMS (content management system).

Commenting on selecting AP ENPS for the installation, Jan Erik Roysi, NRCS project manager at NRK, said, "We need a system that ticks a lot of boxes. From a fast and intuitive story-centric workflow, rock solid reliability and social media integration, to cross-platform publishing and an open API. We also need something that will evolve alongside changes in the industry. ENPS is committed to ongoing development upgrades, which ensures our systems will never be dated, ever as our workflows change."

AP ENPS demonstrated the new features of ENPS 7 and other systems during IBC 2015. Paddy Payne, director of international business development for ENPS, commented that the open API had been added to the NRCS to improve integration with broadcast devices using the MOS protocol. Payne explains that this means newsroom functions such as rights information, statistical data and general reporting features can be linked to production equipment. "It's a very flexible tool but it does require a level of development to use it," he says. 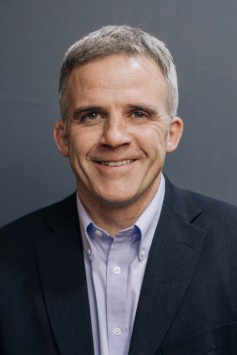 Payne adds that in the last few years AP ENPS reworked the front-end of the system, giving it a "new look and feel". This year the company carried out similar upgrades to the back-end, including the server: "We're using the new Apache Solr search technology, which is more reliable and dynamic. It can deliver more search results simultaneously over our various bases."

AP (Associated Press) has a history in newsgathering going back to 1846, when it was established as a co-operative of five New York daily newspapers to split the cost of covering the Mexican-American War. Since then it has grown into one of the world's leading news agencies, providing stories and pictures for TV, radio and online as well as print. As it moved more into video AP set up its own NRCS development arm in the mid-90s. ENPS (Electronic News Production System) initially worked on systems for the agency itself but other broadcasters began using the technology, to the point where approximately 700 newsrooms are now equipped with it. AP is rolling ENPS 7 out over its own network, with London upgrading during August, following the first installation at the bureau in Washington DC. 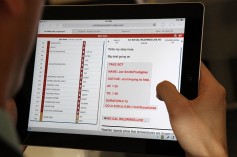 The TSV (Tablet Story Viewer), one of the recent features added to AP ENPS.

While this is still early days for ENPS 7 and its higher level of integration for both hardware and social media, Payne observes that the aim is to get teams of journalists to collaborate more efficiently. "As time goes on journalists come to rely on something like a fast search engine," he says. "But when they leave the newsroom they're bereft because they can't see those results or have access to things like the programme run-down. Seven years ago we developed a mobile client and now reporters can use their iPads to log in to see schedules and lower quality versions of footage.

In recent years AP ENPS has, like other NCRS developers, integrated social media into its technology to allow news organisations to not only use Twitter, Facebook and other sources to promote itself and its stories but also browse the various feeds to see what is being said about events by both the establishment and the public. "Publishing to the web was not a serious requirement 20 years ago," Payne comments, "but now every newsroom has a way of addressing web output. From day one we've said it is possible to produce material for radio, TV and online from a single newsroom. Some organisations choose to have separate operations for this but others have a single journalist making versions for all."

Payne concludes that the point has been passed where social media is a peripheral aspect in the news generating process: "You have to have that two-way dialogue and social media is the way to get it."