Rode has joined the race to turn iOS devices — including iPhones and iPads — into professional quality audio recorders for broadcasting.

Rode announced the i-XLR, a broadcast quality XLR to Lightning interface for iOS devices that allows reporters, correspondents and audio professionals to quickly capture professional quality interview dialog to a smartphone or tablet.  A six and half foot shielded cable allows the operator to store the phone in a pocket or bag, and a headphone output with adjustable level on the body makes it easy to monitor audio during an interview.   For dynamic microphones, the i-XLR features a +20dB level boost, giving these microphones a high level of clean gain. The i-XLR can also be connected to lavalier microphones that can be powered by 2.5 volt plug-in-power systems, which includes Rode professional Lav mic. Self power shotgun mics can be used a well. 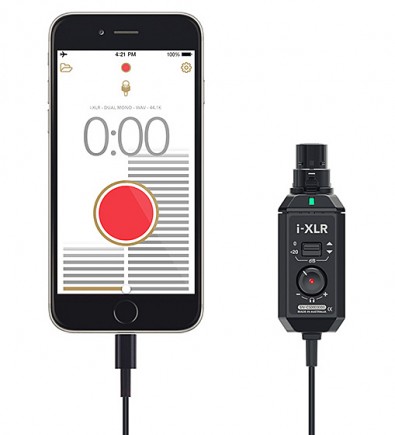 An app has been created by Rode which adapts to various microphones and applies DSP processing. A button on the iXLR remote controls the start and stop functions of the recording. The app features a set of EQ presets for popular models of interview microphones that optimizes the audio for consistency across recordings. It also records an optional “safety track” that can be set at a lower recording level.

VideoMic Me is a high-quality directional microphone in a tiny form factor for use on iPhones or iPads when shooting video. It connects to the TRRS microphone/headphone socket. The microphone's directionality reduces surrounding noises to focus on exactly what’s being recorded. 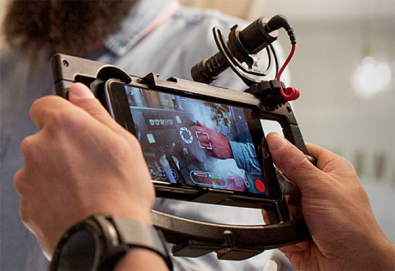 Its flexible mounting bracket accommodates a wide range of smartphones and allows the microphone to be fitted for primary camera or front camera use. A 3.5mm headphone jack on the rear allows for play-through of audio while recording (app dependent) as well as playback of videos without having to remove the microphone.  The VideoMic Me includes a deluxe furry windshield for shooting outdoors or in adverse weather. 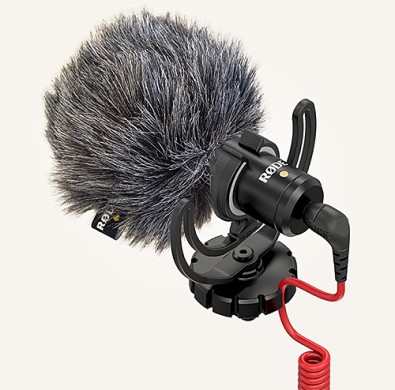 A directional microphone, the VideoMicro reduces distracting peripheral sounds and focusses on the audio in front of the camera. Its pickup is more forgiving than Rode’s other on-camera microphones providing a more natural sound when recording indoors.

The microphone body is made from aluminum, giving it a high level of RF rejection, and is finished in Rode’s high-grade ceramic anti-glare black coating. Included with the VideoMicro is a camera shoe mount featuring a Rycote Lyre shock mount.

It features a suspension structure composed of a hard-wearing thermoplastic, which is more effective at minimizing unwanted vibrations, handling and cable-borne noise than traditional elastic suspensions.

Virtually indestructible, the Rycote Lyre will never sag, snap, wear out or require rethreading to maintain its effectiveness. Also included is the WS9 synthetic furry wind shield with foam inner cell, designed for use in outdoor scenarios where wind and environmental noise can inhibit recordings.

Optionally available is the Rode SC7, a TRS to TRRS cable that allows the VideoMicro to be used with smartphones, to capture directional sound for video and video applications such as Periscope.

Each of the five pole sections is made from carbon fibre creating a lightweight device while maintaining high levels of strength. The sections are extendable with one hand thanks to a twist-lock mechanism.