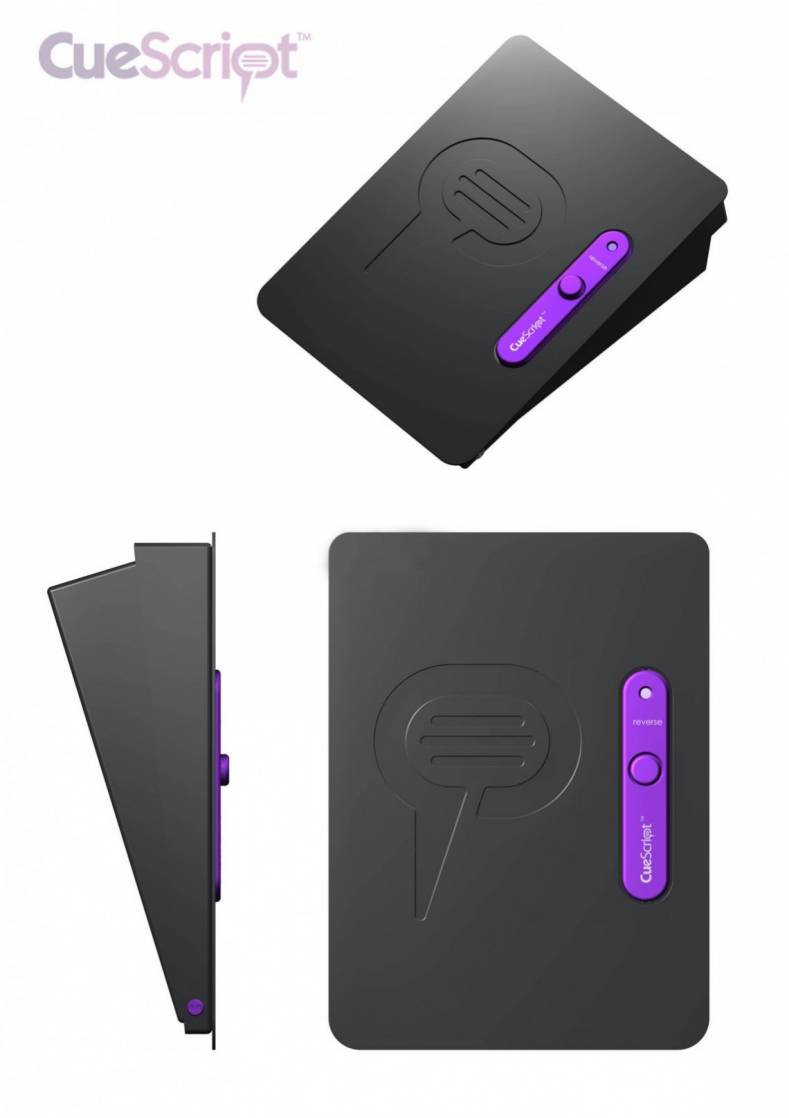 Ethernet-based foot control for Teleprompter lets talent get the words it needs from anywhere, and collapsible prompter hood folds down without removing glass.

The new Mole Foot Control that CueScript is unveiling at IBC 2015 will let presenters control their teleprompters with CAN Bus (Control Area Network) connectivity from under a desk via Ethernet with no specialized cabling.

“Ethernet connectivity was added to allow studios or facilities to use existing network cabling,” said Michael Accardi, president of CueScript. “This has been a request from many broadcasters and networks over the years. After all, Ethernet is readily and widely available. It means we are future proofing our system and giving our customers the possibility of using IP prompting. We want to be progressive and use up to date and new technologies that are available.” 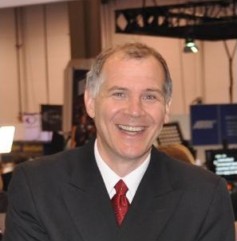 Accardi was also asked about the advantages of CAN Bus technology as the connection?

“CAN Bus over coaxial cable allows multiple scroll controls to be simply linked and connected to one system,” he said. “CAN Bus is a non-addressable system which treats all devices as equal allowing for fast transmission of data. Due to its robust nature CAN Bus has been widely adopted in the automotive and manufacturing industry. It also allows greater distances from control rooms or studio galleries to presenter positions within a studio.”

In addition, at IBC the company will present the European debut of the CueScript Collapsible Hood (CSHCM), a unique ‘pack and go’ full-sized hood that folds down for storage or transportation without the need to remove the glass. This makes it fully protected and quick to set up on location, thereby saving space in a studio setting.

“We’re delighted to bring our latest prompting solutions to IBC to highlight how we harness the latest and best technology and design innovations to solve production challenges,” said Brian Larter, director at CueScript. 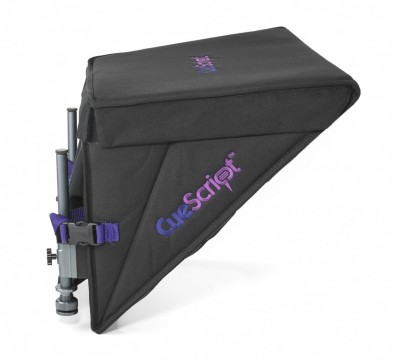 Also at the CueScript display is the CueB, a USB or Ethernet-based external prompting hub that connects to PC or Mac, enabling activation of the CueiT software. The CueB hub allows additional desktop, foot and wireless controls to be added seamlessly to the CueScript system. With a built in video distribution amplifier, the CueB features two analogue video outputs, genlock and two SDI outputs as standard, allowing connectivity of multiple scroll controls and providing users with an interchangeable control preference.

“Simplicity of visual content, yet intensely packed with necessary and useful features, all of which can be easily viewed and accessed within the one screen,” he said. “That was the task we gave ourselves and achieved in CueScript style. CueiT has a very different structure to that of other major prompting software, but upholds a familiar feel that is extremely user friendly.”

To suit all types of production Accardi described the 3 versions of CueiT prompting software:

CueiT News is our most professional and flexible prompting package with MOS connectivity, suitable for Newsrooms and all productions using a NRCS.

CueiT has been developed with a deep understanding of what it is to be a prompt operator. Having had hands on experience, the development team share a vast knowledge from the studio floor to newsrooms and corporate work alike.”

CueScript will present a wide range of its prompting units, including the CSM LED high bright LED prompters and CSTM talent monitors.

“Ross is pleased to be working closely with CueScript, showing both CueScript prompters and software in our booth,” commented Jeff Moore, executive vice president and chief marketing officer, Ross Video. “We have taken our relationship with CueScript further and are now offering our clients CueScript prompting in packages with Ross Robotics and Inception News."