At IBC, Imagine Communications will show the final, shipping version of Versio 3.0 — an all-software release of its cloud-capable integrated channel playout solution.

Imagine’s Versio 3.0 is totally scalable and flexible, providing any-to-any transport, compressed or uncompressed IP and cloud deployment models. It gives media and entertainment companies the ability to accelerate the launch of new services, such as specialty and popup channels, while ensuring business continuity and virtualizing master control.

The new software-based system, which replaces earlier systems that had to run on hardware, is adaptable to a variety of deployment models, enabling operation across baseband, hybrid IP and virtualized, cloud-based networks.

Stephen Smith, Imagine’s CTO—Cloud, said the company is providing a solution that will thrive in all operational environments, providing an any-to-any playout architecture in COTS hardware, board and bundle and cloud-based virtualized models. It works, he said, with a single code base and one user interface, regardless of input and output or network type. It’s compatible with baseband, IP-only, baseband and IP and cloud deployment models and software-only graphics with 2x2D DVE. 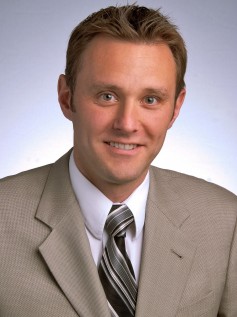 It integrates with Imagine’s Nexio Farad sharable and scalable SAN solution, as well as third-party SANs and industry-standard NAS offerings. It works with any-to-any transport, including compressed or uncompressed IP (2022-6) and SDI/baseband. It supports both internal and external automation.

The 3.0 release of Versio also marks the introduction of the Versio MCS, an optional intuitive touchscreen-based master control surface. The Versio MCS enables operators to manage Versio’s switching, graphics and automation capabilities with a touch of a button in a single or multi-channel environment. The new control surface also enables advanced levels of user interface customization.

“The workflow is virtualizing what would have been physical infrastructure in the TV station and that infrastructure is modular,” Smith said. “Zenium is designed to drop various business functions onto a canvas and wire them together with little white lines. It’s much like converting real gear together with coax cable.”

Last April, Disney/ABC Television Group announced the transition of its linear broadcast operations —including global programming playout, delivery and network operations — to a unified IP cloud architecture based upon the Versio technology. Smith said the network is now using Versio 3.0 in its dry run testing of the new playout operation.

“One of the problems that we have been trying to address is how do broadcasters make the transition between infrastructure they have already invested in and pure software hosted in a stable, cloud like environment. You can’t just flip the light switch and go from one to the other,” Smith said. “There’s a gradual transition.”

For that reason, he said Imagine is offering companies transition scenarios that allow them to run their software on an appliance and in the cloud for the same essential cost, leaving it up to the individual customers when to transition to an all-software playout technology.

Smith said it was “a huge deal” for Imagine to develop an all-software platform for such a complex system. “There are other companies in the industry with an integrated playout platform and they have announced it has IP capability,” he said. “But that’s not what we’ve done. We’ve gone back and completely changed how the system runs underneath the hood.

“It’s not just an integrated channel playout platform. It’s virtualized origination. We have integrated all the complete workflows you have done with discrete elements in a physical infrastructure — such as audio, languages, Dolby, graphics and whatever — and now effectively implemented it so you can design in software what you want your channel playout environment to look like.

“The main driver for broadcasters to upgrade to Versio 3.0 is the capability for them to move out of the appliance it runs on and onto any platform that they choose. It’s not a mandatory upgrade — it can be done when the client is ready.”