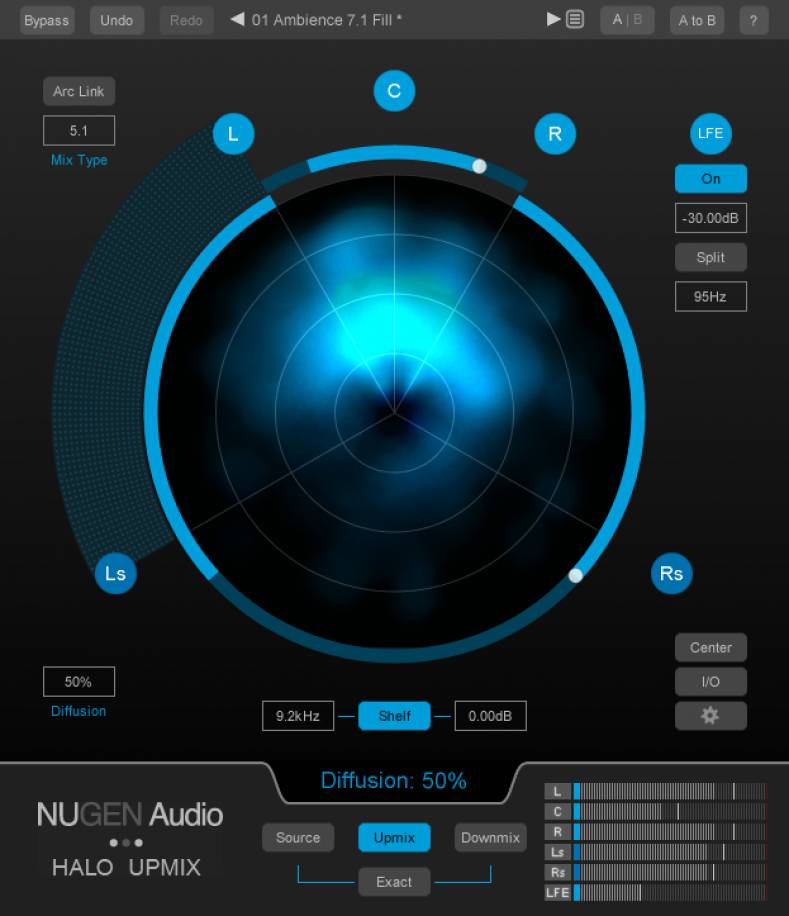 Halo Upmix provides a new solution for upmixing stereo audio to surround 5.1 or 7.1.

NUGEN Audio will introduce Halo Upmix, the first product based on the company’s proprietary new processes for upmixing stereo audio to 5.1/7.1 surround in television and film productions.

Halo Upmix provides a new solution for upmixing stereo audio to surround 5.1 or 7.1—an increasingly crucial requirement throughout the film and television production world and in the gaming industry. When there is no access to the original multitrack recording, performing a quality stereo-to-surround conversion can be a complex and difficult challenge. This is particularly true when downmix compatibility is critical; for instance, when consumer set-top boxes play out stereo downmixed from broadcast 5.1.

Combining several technologies including frequency- and time-domain energy distribution and neural network artificial intelligence, Halo Upmix enables producers to target various upmix goals including full stable surrounds, exact downmix matching, and/or full dialog isolation. In addition to stem and group upmixing, producers can use Halo Upmix's center channel control and management to fine-tune a surround mix and to create intricate mixes when there is no access to the original stems.

In addition, Halo Upmix performs powerful real-time analysis of the original stereo material by identifying and extracting locational cues. This extends the sound panorama naturally without introducing artificial reverberation, chorusing, or delay into the downmix. Operators can preserve the inherent character of the original source material when repurposing stereo for cinematic release.

Halo Upmix is downmix-safe, providing coherent spatial sound to assure high-quality downmix performance for work in which correlation between original, upmixed, and downmixed versions is imperative, such as TV repurposing. Also, full control is available for all relative surround balances — up to 7.1 — for those applications that require a more immersive, "big cinematic sound" experience.

Halo Upmix is now available directly from NUGEN Audio and through resellers at an estimated retail price of $499. A special introductory price of $449 will be available until Oct. 31.