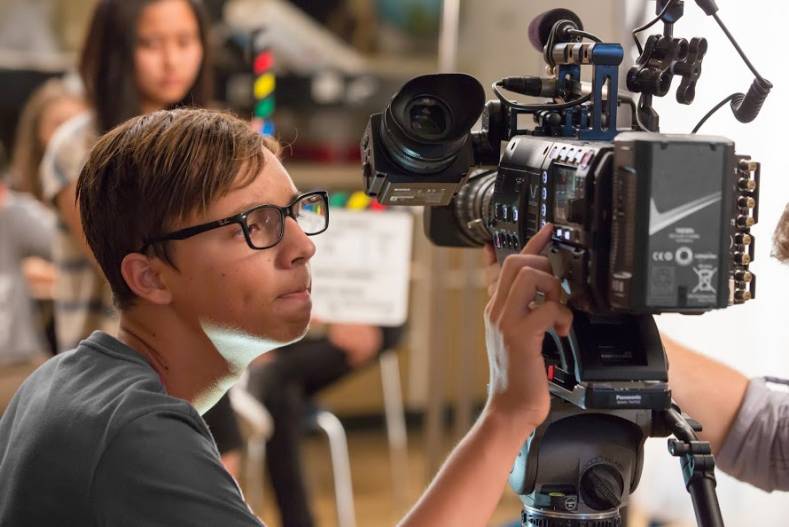 Students at the school re-use the school's B4 lenses on a PL mount to lower the cost of entry to the VariCam 35 camera.

The FilmEd Academy of the Arts (in Newport Beach, Calif.), which for the past 15 years has provided production services and filmmaking training to high schools throughout Orange County, recently added 18 Panasonic VariCam 35 4K camera/recorders to its camera inventory.

FilmEd Executive Director David Junker said that he went to the NAB convention earlier this year seeking an HVX200 replacement, but couldn't stop looking at the VariCam 35’s low-light capabilities.

“We were so impressed with the VariCam 35’s dual native 800/5000 ISOs, and have worked with Panasonic for so long, that I began to envision the 4K camera as a switch-out for the HPX500s,” Junker said. By working with AbelCine on a HD by 35 adapter, FilmEd found a way to re-use its B4 lenses on a PL mount and consequently lower the cost of entry to the VariCam 35s, which were purchased from VMI, Inc.

“The VariCam 35 is so ergonomic, requiring only minimal rigging, that we can use it as a documentary camera, but the super35 image quality and depth of field give us unprecedented cinematic options,” he continued. 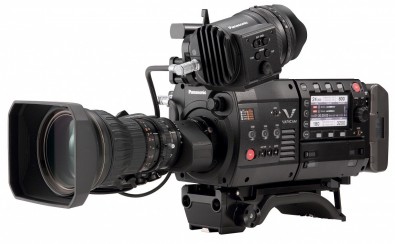 FilmEd rolled out the VariCam 35 at its summer workshops, which have just concluded. Beginning students shot in 1920x1080 ProRes HQ (a broad standard for school's in-house broadcasts) while the advanced students shot exclusively in 4K, 12-bit 4:4:4 and 4:2:2 LT. All students used the VariCam 35 on four test projects, encompassing the production of a PSA, spot feature, music video and short silent film. Editing was done in Adobe Premiere.

FilmEd recently made an incremental purchase of microP2 cards, which will facilitate shooting simultaneous master footage and proxies. Junker said that during the upcoming school year, all students would be encouraged in to shoot in 4K for festival entries. He is also making the VariCam 35s available to FilmEd alumni, many of whom are working at the highest level of narrative and commercial production.

Panasonic will exhibit the Varicam 35 and all of its camera products at the 2015 IBC Show (Stand 9.C45).