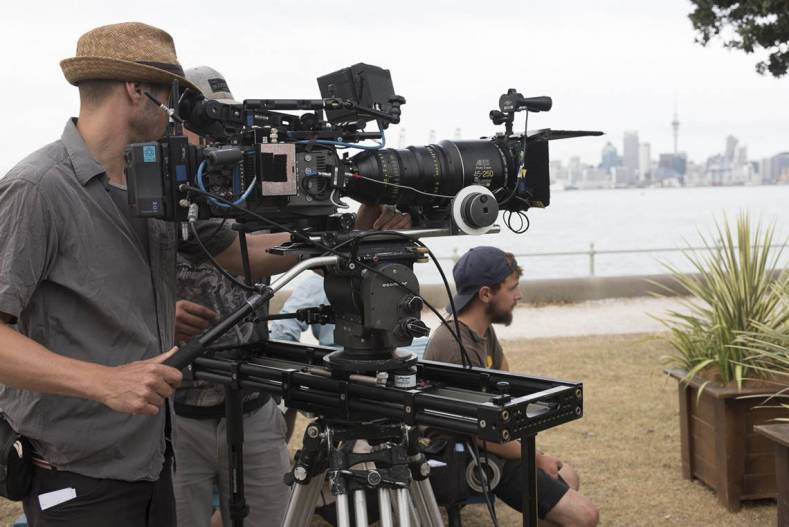 ​The iconic TV show Power Rangers recently wrapped production of the 23rd series of the show - Dino Charge. Shot in Auckland the two DPs DJ Stipsen and Kevin Riley opted for the ARRI AMIRA cameras for the entire shoot. After talking with the producers, post supervisor and VFX house it was decided that 2k would be acceptable for the show, even with the amount of green screen and wire work that second unit would be doing, and wouldn’t hinder the VFX team.

Here the two DPs on Power Rangers – Dino Charge, DJ Stipsen and Kevin Riley, explain the shoot, its challenges and why they chose ARRI AMIRA cameras. DJ Stipsen explained, “Over the years that Power Rangers has been shooting they have used a variety of cameras and formats. Starting with 16mm film for drama and 35mm for green screen/wire work then going digital with Red One followed by the ALEXA. The producers have always been open to format change so they can keep pace with evolving camera technologies. We looked at all options in the digital realm for this series to find a format that would deliver the best possible pictures while maintaining the show’s style, having an easy post process and staying within budget. The AMIRA was just released and there were a couple of things that when comparing all the camera options, put the AMIRA in the lead. One was that it was small, lightweight yet very robust - we had Steadicam full time on main unit and second unit generally do a lot of handheld work. Another was the ability to go from 24 fps up 200 fps at the flick of a switch with no reboot time and stay at 2K 12bit ProRes 4444 - again, second unit shoot a lot of off speed. We complemented the AMIRAs with a full set of Alura Zooms and Ultra Primes.”

DJ Stipsen’s fellow DOP on the shoot Kevin Riley was equally impressed with the AMIRA. He said, “Initially DJ and I toyed with the idea of running just one or two AMIRAs and staying with the previous show favourite of the ALEXA on Main Unit. But as we looked more closely into the VFX and stunt requirements alongside the drama coverage, it became obvious that there was no downside to running with three AMIRA bodies.” 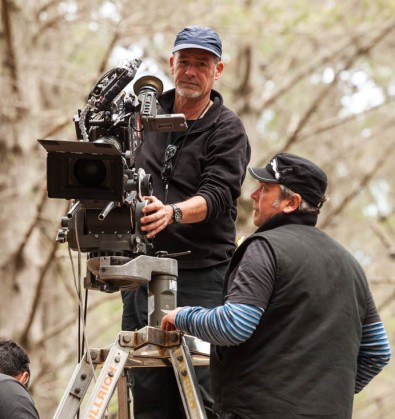 DJ Stipsen added, “The AMIRA, when compared to other cameras in its class in our opinion had the edge. The ARRI LOG C codec with its fantastic latitude and beautiful rendering of flesh tones, the camera being able to Record 12bit 4444, the ease of menu navigation and short cut switches on the camera body, quick frame rate changes and the robust but light body are all things that sets it apart. The internal selectable ND filter is fantastic, saves time and means you can react swiftly to light changes.”

Both Stipsen and Riley did a lot of work on Power Rangers – Dino Charge to try to simplify the workflow and make sure that the DOP’s intention on set did not get lost once the post process started. As the footage for offline, online and VFX were being handled in different locations the DOPs wanted to be able to keep track of everything. Stipsen said,“Because we were running two units we really wanted to make sure there was continuity with the rushes. We opted to shoot in 12-bit ProRes 4444 /LOG C at 2k”. They used the ARRI Rec 709 LUT for all rushes as well as on set monitoring. For special looks created 3D LUTs using the ARRI LUT Generator, which they would use for on set monitoring, and then convert using Resolve for the post process, thus making sure that everybody in post could see what the DOP’s intention had been on set.

As he reflected on the entire production and how the AMIRAs handled everything they threw at them, DJ Stipsen concluded, “We didn’t have any ‘typical’ shots’ on Power Rangers – Dino Charge. We did have some ‘rules’ around main and 2nd unit though. Generally Main unit would shoot the humans and drama and second unit would shoot the action, fights and monsters.”