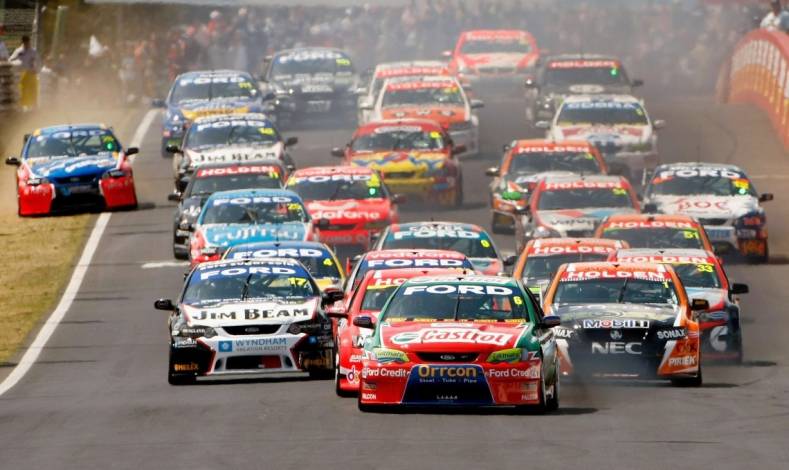 Gearhouse is using audio technology from Wisycom to cover the current V8 Supercars season in Australia.

Gearhouse Broadcast’s coverage of the V8 Supercars season in Australia will be supported by technology from Wisycom.

Gearhouse has been a major supplier of outside broadcast facilities and dry hire equipment in Australia for over 20 years. It is the main production company handling coverage of the races for such top broadcasters as V8 Supercars Television. Prior to the start of the season, ACMA, the government body that regulates RF spectrum in Australia, had changed the licensing requirements for wireless and IFB/IEM transmitters. This caused Gearhouse to rethink their wireless equipment setup.

“The challenge we had [for the V8 Supercars Coverage] was complying with the new regulations, which brought our operating power down to 100mW,” said Danny Riess, Audio Supervisor of V8 Supercars for Gearhouse Broadcast. “With Wisycom, we are now able to achieve what we have previously done at a lower wattage without compromising coverage or wireless mic and IFB/IEM reception. The technology that Wisycom is able to supply helps us achieve this.”

As of January 1 2015, the ACMA requires a license for any transmitter that has over 100mW of power. For certain solutions operating within a 100mW range this would mean an even smaller coverage area. But with Wisycom, this is not an issue. Wisycom is able to help Gearhouse accommodate multiple IFB/IEM and wireless microphone transmit sites within ACMA regulations, which provides a huge coverage area for the wireless mic and IFB/IEM systems in use. When this equipment is used with the Wisycom MAT288 high power RF Combiner, the Gearhouse team is able to link all IFB channels over fiber, keeping them in phase, which allows for ‘isofrequency’ coverage of a wide area. The system also allows the talent to move freely around the track without loss of microphone or IFB signal.

Among a complete package of Wisycom audio gear, the MTH400 handheld microphone is being used for on-camera interviews.

“Another thing that makes Wisycom our top choice is the extreme frequency agility of the system,” Riess said. “We travel to so many different areas of the country and the available spectrum changes a lot depending on where you are. The Wisycom system handles this with ease due to the wide frequency range that it can operate. The results have been great so far. We’ve already replaced another wireless mic system that we own with Wisycom products.”

Based in Italy, Wisycom is a designer and builder of RF solutions for broadcast, film and live production.