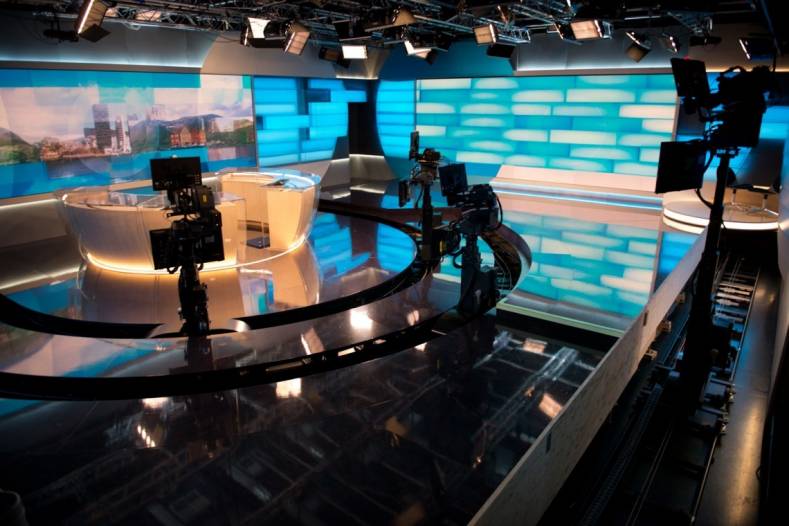 Shotoku Broadcast Systems has announced the sale and installation of a multi-site robotic camera control system to NRK, Norway’s national public broadcaster and the largest media organization in the country.

The Shotoku installation was a component of NRK’s upgrade to its news studios in Oslo that included a large SmartTrack rail system and a nationwide remote camera system for eleven regional studios capable of being controlled locally or remotely from the Oslo headquarters.

In Studio 5, Shotoku installed four SmartTrack dolly systems, TG-18 PT heads and height elevation running on three separate tracks. One track carries the two main cameras in a tight arc around the main set. A second track follows a slightly larger arc, and also straightens out to enable the camera to be used in an adjoining weather or journalist presentation area.

A third, straight track provides the director with a wider angle tracking move across the lengthy back wall of the studio creating opening and closing shots of the studio, as well as presenter shots when required.

The smaller Studio 7 was equipped with a single SmartTrack system along with three fixed-pedestal Shotoku TG-27 robotic pan an tilt systems, providing a simpler studio configuration.

All studios use Shotoku’s TR-XT touchscreen-based control system. These systems allow the NRK operators to define the camera movements in advance. Each TR-XT can access any of the studio’s cameras. Control is automatically shared between the main operator and, if necessary, the producer.

In addition, the TR-XT systems can take control of cameras in other studios over a WAN connection, including any of NRK’s eleven regional sites located throughout Norway. Along with direct operator control, the entire system is connected to NRK’s Viz Mosart automation system for total automation when required.

Finally, in addition to the SmartTrack and pan and tilt configurations, the TR-XT system (via Shotoku’s DigiPort devices) also enables NRK to control existing third-party integrated PTZ cameras for some simpler productions from a secondary studio.

In addition to the SmartTrack systems in the Oslo facility, Shotoku installed a nationwide camera system to provide the eleven regional studios with robotic PT&H systems. TG-27 PT heads with Ti-11 elevator pedestals were installed at each location for 24/7 operation capable of being controlled by either the local TR-HP Hot-Panel, Viz Mosart automation system or the TR-XT systems at the Oslo headquarters. 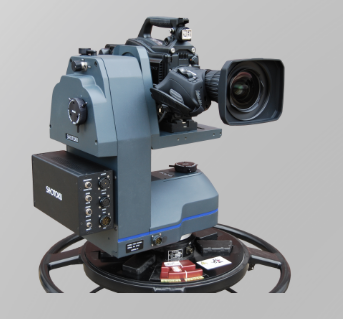 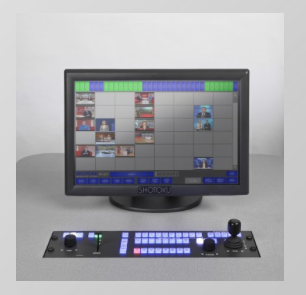