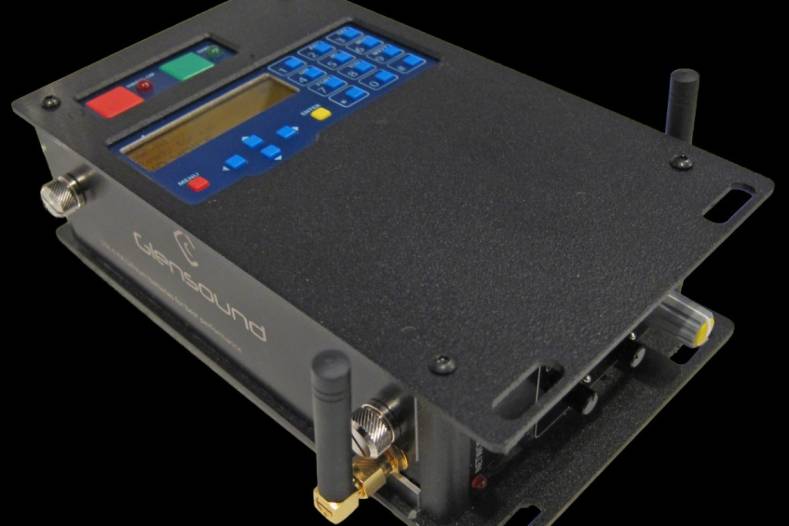 Glensound Electronics is preparing for its 50th anniversary by announcing the largest number of new products it has launched at an IBC. This year’s introductions include three additions to its range of communications links, including an updated HD Voice reporter’s phone and a Dante-equipped commentary unit.

The new Expedition from Glensound Electronics joins the company's existing range of HD Voice mobile phones, which provide high quality audio on both standard and advanced connections. The technology is able to produce 7kHz of bandwidth, said to be more than double what is offered by narrowband GSM devices.

The Expedition offers two microphone/line inputs, with two headphone outputs, making it suitable for two users. Glensound says this makes the unit either a self-contained sports OB system, accommodating a commentator and a summariser, or a monitoring and talkback interface for ENG use.

Among the features of the Expedition are capability for 3.4kHz narrow band connections over 2G GSM, 3G UMTS and 4G LTE, or 7kHz wideband calls using 3G UMTS and 4G LTE. A built-in screen is used for setting up operation, as well as caller ID and a phone book.

Glensound is known for its commentary systems and new in this field is the Paradiso. Designed for three commentators this unit builds on the work the manufacturer has done with Audient's Dante audio over IP (AoIP) technology, which features in the Dark 88 breakout box and one commentator Inferno system. The Paradiso is a mixer with three mic inputs and three individual monitoring points. It can also be used as a stand-alone commentator's box through XLR audio outputs on the rear panel, with no connection to a Dante network.

In the run up to celebrations of its founding in 1966, Glensound will be releasing the Signature Series, which it says "represents the best" of the company. Full details will be released on the first day of IBC.