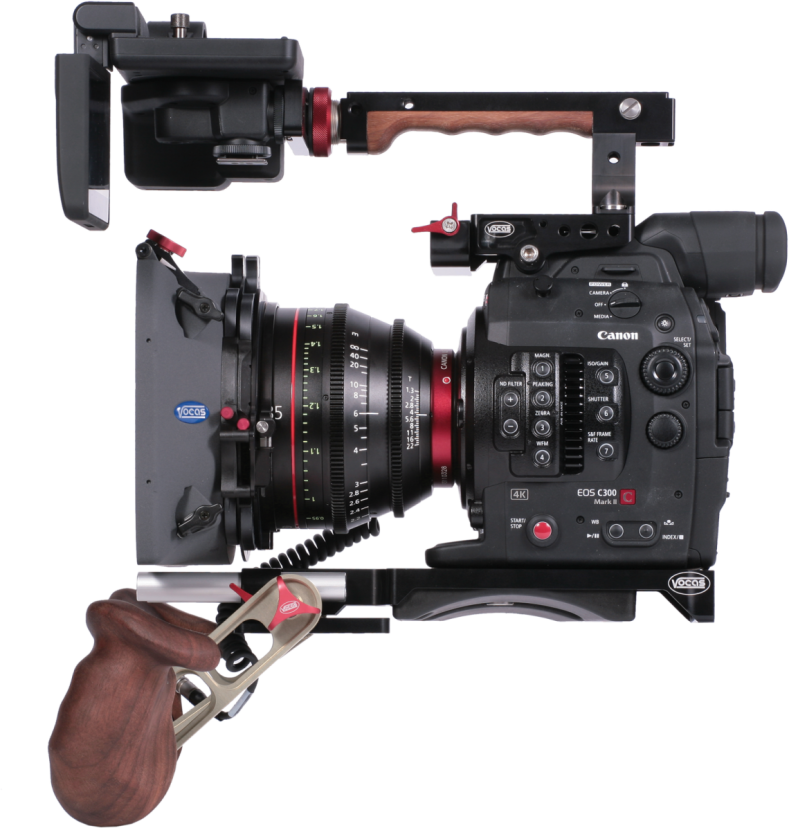 Vocas accessories on a Canon camera.

For the Canon C300 MKII camera, Vocas will introduce a new cheese plate and viewfinder extender. A top handgrip is also available, which can be attached on the new cheese plate.

During the process of developing accessories for the Sony PXW-FS7, Vocas used the NATO system for the viewfinder bracket. Now, Vocas has produced a complete range of NATO accessories to expand the line. The line includes a double-sided NATO bracket, a NATO bracket with a rosette and a NATO cable clip. (NATO is a flexible quick-release standard supported by several manufacturers including Wooden Camera, RED, Zacuto, Berkey System and SmallRig.)

As a manufacturer of matte boxes with their own patents, Vocas introduces a 6.6 x 6.6-inch matte box. The very lightweight matte box can be used for wide-angle lenses starting at 12 mm. It contains the Vocas-patented eyebrows, which makes the box very comfortable in use.

For IBC,   Vocas has improved their Universal Shoulder Base Plate. The camera can easily be removed by quick release using the dovetail principle. In this way the camera using the dovetail plate can be exchanged in seconds between the different base plates (15 and 19-mm), gimbals, tripods or studio carts.

The range of the height adjustability of the base plate is enlarged, the stability when using a VCT-14 is improved, the rigidity of the plate has been increased, the shoulder pad is removable and adjustable without tools, the rear clamping block has been integrated and the camera can be removed by quick release. 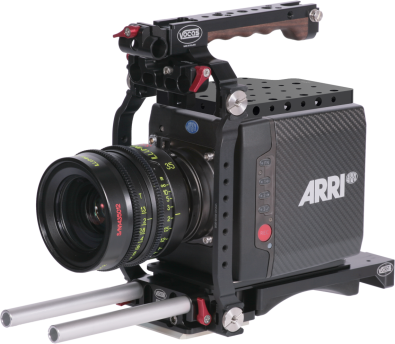