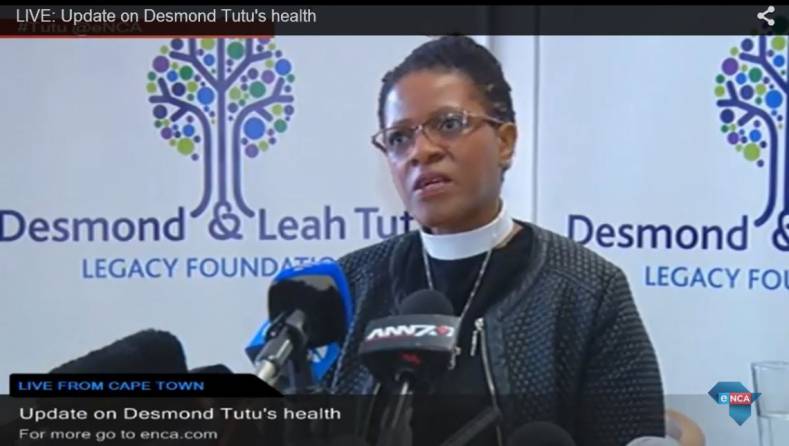 eNCA (eNews Channel Africa) is a 24-hour television news broadcaster focusing on South African and African stories. The broadcaster made history when it launched on 1 June 2008, becoming South Africa’s first 24-hour news service. eNCA have been recently reporting on Anglican Archbishop Emeritus Desmond Tutu’s deteriorating health after he was admitted to a Cape Town hospital for treatment to a “persistent infection.”

Last month, Desmond Tutu’s daughter Mpho held a press conference to talk about her father’s recent health developments. eNCA were given very short notice of this press conference, and SNG truck was unavailable in such a short space of time.  It was decided to film and broadcast the live conference using the Quicklink Backpack in order to stream the footage onto the eNCA website.

The Quicklink Backpack is one of the most advanced compact broadcasting solutions on the market. It allows users to bond together multiple available networks such as 3G/4G/Wi-Fi, Satellite and ADSL, in order to improve the speed and reliability of the internet network. The software automatically detects and seamlessly adjusts to suit the available network conditions whilst maintaining optimum broadcast quality.

Reflecting on the result of the transmission: Sean explains, “We have come to rely heavily on the Quicklink solutions for fast, effective and mobile news coverage, and we have recently purchased an additional 4 units to compliment our existing Quicklink fleet.” eNCA’s will deploy the additional units to additional bureaus in order to expand live contributions from further parts of the country. A recording of the live broadcast can be viewed here.