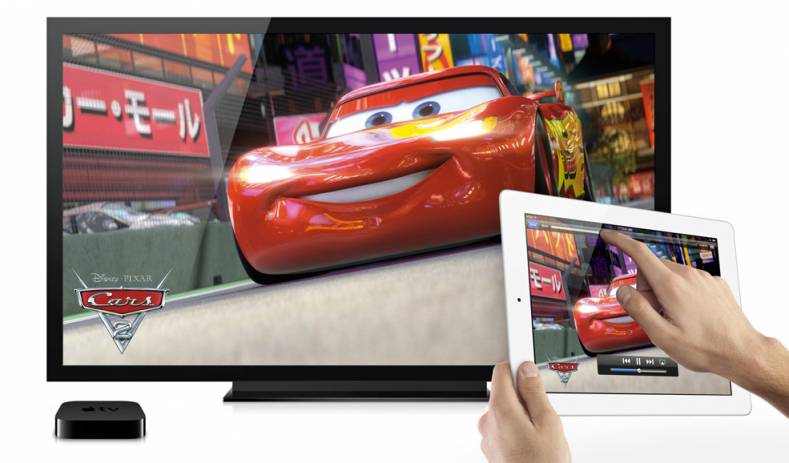 Mark Hilton, vice president of infrastructure at Grass Valley, says many broadcasters are not yet ready to consider IP solutions.

“There’s still a lot of fear, uncertainty and doubt around IP,” said Mark Hilton, vice president of infrastructure at Grass Valley. “When and exactly how people will adopt IP is open to question.”

Imagine Communications has been marketing a broad scenario that would allow broadcasters to move beyond their current platform and target content to the intended audience no matter where they are. Content can be delivered over multiple platforms — from digital terrestrial TV to cable, satellite and the Internet. The system would embrace new ad revenue opportunities in both the linear and nonlinear TV viewing worlds.

A key to Imagine’s vision of the future is an IP broadcast infrastructure. “Anytime we look at this sort of a major transition you’ll have people at different places in terms of their comfort level and their acceptance of moving toward the new technology,” said Steve Reynolds, Imagine’s chief technology officer.

“Broadly, I would say customers are falling into three different groups. There are those who have been thinking about IP for a long time, have embraced it and are moving forward down a trajectory that we see as being somewhat inevitable,” he said. “Obviously, with customers like Disney-ABC, who is one of the companies out in front of this migration, there is no fear on their part. They are actively moving forward with it.”

Then there are the masses in the middle — smaller companies thinking about how IP fits into their future. And finally there are the undecided people who have definite concerns about the technology, Reynolds said.

“Those concerns include IP security. There were some high profile things that have recently happened in the news (data issues at Sony Pictures Entertainment and TV5Monde in France) that rightfully give people a reason to pause as they consider what their strategy needs to be. This, of course, doesn’t just apply to an IP-based play-out platforms but applies to any connected networking platform. If you don’t have good security practices and if people don’t follow those practices, you certainly open yourself up to the possibility that someone will penetrate your network.”

And, then, Reynolds said, FUD comes into play. “There are certain people with a vested interest in not seeing a move toward IP platforms,” he said. “I think the fear, uncertainly and doubt about that has been amplified. They tend to spread the fear a little.”

4K is key because the consumer electronics industry is making it popular in television sets.

However, technically working doesn’t mean it’s a desirable situation for broadcasters. “We think 4K and IP are pretty closely aligned,” said Grass Vally’s Hilton. “One enables the other. IP is a transport infrastructure platform over which you can put lots of different formats — 4K being one of them. So you can think of IP and 4K as two separate entities. But the beauty of IP is it allows the user to scale. Once an IP infrastructure is installed, the user can adopt 4K and even go to 8K.

“Importantly, the user can also have 4K at higher frame rates, which I believe is essential for viewer satisfaction. There are a lot of different profiles, frame rates and formats involved with what’s called UHDTV. My opinion is a higher frame rate, higher resolution and expanded color space are probably more naturally apparent to the end user than just higher resolution. IP allows this and is far more flexible and agile than today’s 3G infrastructure.”

Another issue looming over the IP equation is the upcoming FCC spectrum auctions. “Uncertainly surrounding the auction process is slowing the IP transition,” said Reynolds. “As the government makes things more clear, as the dates start to firm up, as the economic realities start to become clarified and as ATSC 3.0 solidifies, it could accelerate the transition to IP.

“We do expect there to be ramp up over the course of the next two years where you will start to see more and more broadcasters in the larger markets moving toward IP because they have the most to gain from multi-platform and multi-format delivery,” he continued. “We’ll probably see the broader segment of the market ramp up in the two to three year time frame. The long tail could extend out for five, seven or maybe even ten years.”

“The number of platforms like this are rather small now, but we are still at the early stages of this adoption curve,” Reynolds said.

The IP transition, he said, is inevitable — though it will not happen all at once. “The reason I say it’s inevitable is really a combination of factors that will move the entire industry in this direction. The first and foremost is the ability to generate content and natively play-out that content for IP distribution. That is now a reality.

Viewers no longer use appointment, at home TV. They want their content on their devices on demand.

“The trend we see among consumers is on devices other than a traditional television sets connected to a standard distribution systems like cable, satellite or over-the-air antenna systems. Consumers are moving away from those platforms and moving toward IP consumption,” he said.

“You can look at the data and see that the annual growth rate of this has started to be measured in double digit numbers. Consumer behavior is driving IP consumption and the industry will follow.”