Sports broadcasts are always complex, fast-paced operations with little room for error. That’s why Heuvelman selected a Riedel solution, which enables the transport of all key production signals over one cable.

The Netherlands' Heuvelman Sound & Vision B.V. used Riedel equipment to provide also an interconnected digital TETRA system and intercom system for the Rabobank Hockey World Cup 2014, which concluded June 15 in The Hague. For the North American reader, Wikipedia describes TETRA (Trans-European-Trunked-Radio) as a Time Division Multiple Access (TDMA) with four user channels on one radio carrier and 25 kHz spacing between carriers. Both point-to-point and point-to-multipoint transfer can be used. Digital data transmission is also included in the standard though at a low data rate.

TETRA Mobile Stations (MS) can communicate direct-mode operation (DMO) or using trunked-mode operation (TMO) using switching and management infrastructure (SwMI) made of TETRA base stations (TBS). As well as allowing direct communications in situations where network coverage is not available, DMO also includes the possibility of using a sequence of one or more TETRA terminals as relays. This functionality is called DMO gateway (from DMO to TMO) or DMO repeater (from DMO to DMO). In emergency situations this feature allows direct communications underground or in areas of bad coverage.

Throughout the field hockey tournament, the Riedel installation supported HD video transport for two LED screens in Kyocera Stadium, audio and video for displays across the press village, and flexible data and intercom communications across the event. 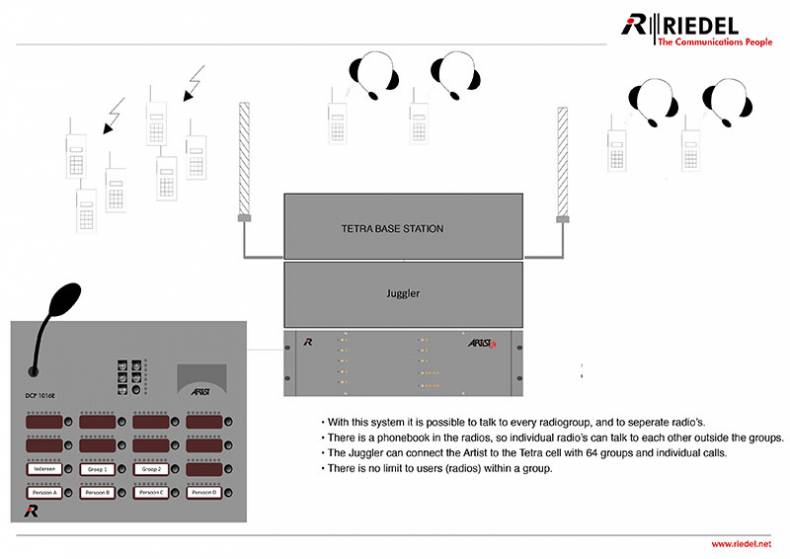 "Riedel gear was a perfect fit for this project because it alone would allow us to connect a digital TETRA system to an intercom system," said Arjen Buijs, sales manager at Heuvelman Sound & Vision B.V. "The versatility and reliability of Riedel systems are always a compelling reason to use the gear, and they provided seamless interoperability and smooth performance throughout this tournament."

The Rabobank Hockey World Cup 2014, consisting of 76 matches, represented both the men's and women's World Cup tournaments, and as many as six matches took place each day. To support the event, Heuvelman deployed Riedel's MediorNet real-time network along with an Artist intercom system, using the compact Juggler digital trunked radio network solution to enable connection of 220 Motorola TETRA radios to the Artist system over MediorNet.

The high degree of interoperability among Riedel solutions allowed all signals to be carried over a single cable. This benefit significantly reduced the volume and complexity of cabling required for all A/V, data, and communications signals, in turn making it easier to establish cable runs including the lengthy connection from the control room to the stadium. 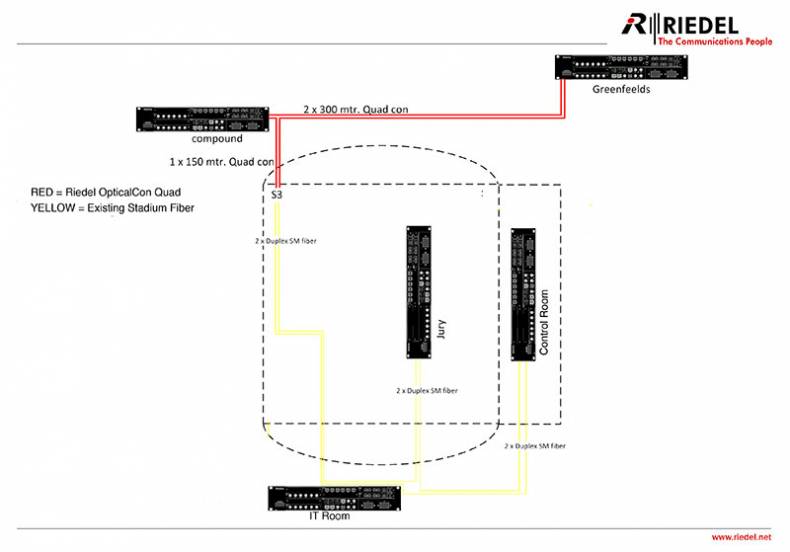 As a whole, the installation included five MediorNet frames, distributed across both the main Kyocera Stadium and the temporary GreenFields Stadium, as well as the Artist digital matrix intercom system for wired communications. The wireless Motorola radios were tied into this system via Riedel's Juggler. Riedel provided on-site support throughout installation and testing, as well as remote support throughout the event.

"We are proud that Riedel gear is repeatedly selected for the world's top sports events," said David Bouma, sales manager, Riedel Benelux. "The Rabobank Hockey World Cup was one of the biggest sporting events in the history of The Hague, and Riedel equipment played a key role in supporting successful production and contributing to fans' enjoyment of a premier field hockey event."

Further information about Riedel and the company's products is available at www.riedel.net. 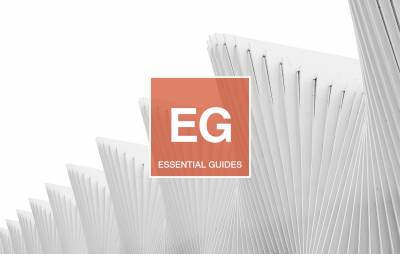