The Museum of Modern Art (MoMA) in New York.

Legendary Shure Unidyne Microphone Model 55 was added to the Department of Architecture and Design at the most influential museum of modern art in the world.

Shure Incorporated announced that its legendary Shure Unidyne Model 55 Microphone has been added to the collection of The Museum of Modern Art (MoMA) in New York. Recognized as the world’s most influential museum of modern art, MoMA is currently exhibiting the Shure 55C as part of an exhibition entitled Making Music Modern: Design for Ear and Eye. The Microphone was acquired by the Museum's Department of Architecture and Design in March of 2015.Designed by Benjamin Bauer in 1939, the Shure Unidyne Model 55 was a worldwide success. Since its introduction, the Unidyne has become an unmistakable stage icon and has been photographed with more celebrities than any other microphone. 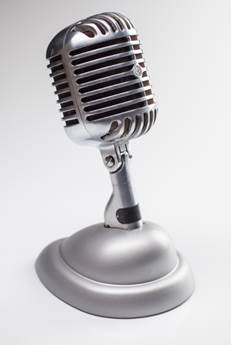 “The sleek appearance and classic design of the Unidyne microphone have made a lasting impact,” said Michael Pettersen,” Shure Corporate Historian. “Although we’ve always taken pride in all features of the mic—inside and out—we’re especially pleased that MoMA has recognized the influence of the Unidyne’s unmistakable design.”

The global visibility of the Unidyne and the indelible marks it etched on the world’s collective psyche aren’t the result of coincidence. Its benchmark status has been earned through a reputation that all Shure products continue to embody: a tireless workhorse and dependable performer, a reputation achieved by offering unprecedented audio quality, and rock-solid reliability.

“The Unidyne has been present at some of the world’s most memorable milestones, and has been used by dozens of influential icons to tell their own stories; from President John F. Kennedy, to Elvis Presley, Frank Sinatra, and many others,” said Sandy LaMantia, President and CEO of Shure. “Having the Unidyne Microphone on display at MoMA is an incredible honor. Museum visitors from around the world will have an opportunity to see the microphone that has become an iconic image worldwide.”

Making Music Modern: Design for Ear and Eye, runs through January 17, 2016 and marks the debut of the Unidyne as part of the museum’s collection.