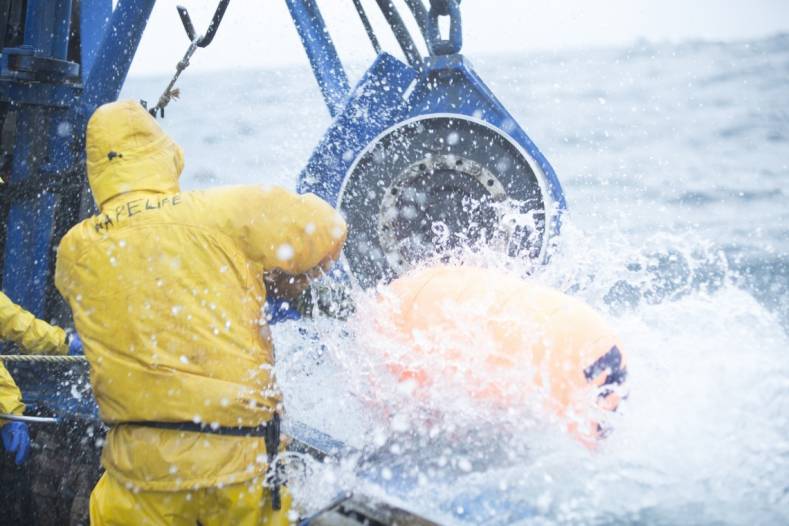 Bob Bronow deals with the crabbiest audio for Discovery Channel’s program, Deadliest Catch. The range of corrective solutions provided by the iZotope RX module ensure viewers of the show hear nothing but clear, clean audio.

I’m a re-recording mixer and sound designer working out of Max Post in Los Angeles. Of all the shows I have had the pleasure of working on, Discovery Channel’s popular show Deadliest Catch is by far the most challenging in terms of the audio repair and cleanup required.

Deadliest Catch, which airs Tuesdays at 9pm on Discovery, is a reality series that portrays the highly dangerous working conditions on Alaskan crab fishing boats operating in the Bering Sea. Due to those conditions, I get some of the worst production sound in the world delivered to me.

I can’t really complain about the audio quality because there are no sound mixers on these boats, as it’s too dangerous, and there’s not enough room for them. As big as these boats look, the bunk area is extremely small, so camera operators/producers are the only production crew allowed. 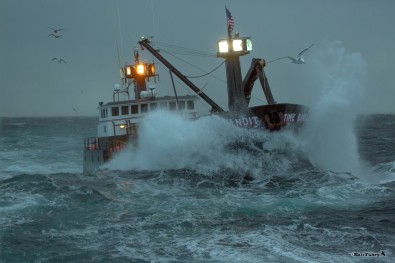 All of the audio on the show is captured by lavaliere or camera mics and recorded without a sound mixer on-board. The result often requires innovative corrective solutions before it can be broadcast.

The production sound I receive comes from either a camera mic or a lavalier mic typically. The cameramen do an amazing job, because if I were out there, all I would be thinking about is how to get the shot without dying, much less looking at the level meters. So, I’m happy to get what I get.

My most indispensible audio tool, especially on a show like Deadliest Catch, is iZotope’s RX 4 audio repair and enhancement toolkit. I run two monitor screens in the studio. The left is full of iZotope plug-ins, while the right displays Pro Tools. Every piece of audio that I get is put through at least three different types of iZotope RX noise reduction, two if I’m lucky, sometimes up to five. Everything has to be dealt with because every clip has hum and crackle and much of the audio is distorted in some way.

Because the crab boats are always in motion, they have one or two huge diesel engines that create a constant hum. Anytime someone is getting recorded, there’s a constant whine in the background. Unfortunately, the frequency of the hum is different for different boats and for different areas of the same boat. In the beginning, I would use the Spectral Repair module to find the frequency, and then use Hum Removal to remove it on a clip-by-clip basis. I knew the software could detect this hum too, because I could clearly see it on the spectrogram display. So, I asked iZotope if it could get rid of these hums automatically for me—now we have Adaptive Hum Removal that saves me a considerable amount of time. 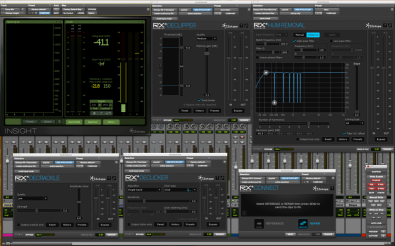 The cleanup screen as viewed on Bob Bronow's mixing console.

For our current shows, I do all the sound design, noise reduction, and mixing, and I get about 4.5 days to turn it around. Over the years, the show has developed sonically, and both viewers and producers expect the sound to be a big part of the experience, even if we don’t have a lot of time.

Video comes to me from a Media Composer-generated AAF which includes four to six tracks of dialog, where one is bad, and the others are worse. I have to find the least bad track to start working on. A lot of times the camera mic in the wheel-house might have something wrong with it, but they might be able to go to the captain’s camera and get a better take. Once I have that, I can start working in earnest knowing it’s the best I’m going to get.

I’ve developed a somewhat methodical approach to get the best results. First, a lot of the clips have clipped audio, I “de-clip” them with the RX Declip plug-in, then I’ll go through and remove the hum, and at that point, it’s either crackle or clicks that I’ll need to remove next. Crackle happens a lot because mics will be rubbing on clothing such as the raingear.

For anything else I need, I use the standalone program and perform Spectral Repair with that module. One of the coolest, and I think least-known, features is Deconstruct. The Deconstruct module basically separates whatever audio there is into noisy components and tonal components. So if I have a really high frequency hum going on, I can tell the software to give me everything it considers to not be tone and it will wipe that out.

For most shows, we don’t get any ambience or room-tone that we could use to feather in and out of these shots. However, iZotope came up with a method for extracting ambience and recreating it out of a line of dialog. So, you don’t even have to go in and find a little snippet of ambience; the Ambience Match module does it all automatically by removing all the dialog and giving me a big chunk of the ambience left over to work with.

I can feed all of that material into RX, and have it find out what the ambience is, and match it right in. However, the cool thing is it won’t add any more ambient noise to the pieces that already have that noise; it only fills in the gaps. So, it makes things really, really smooth. 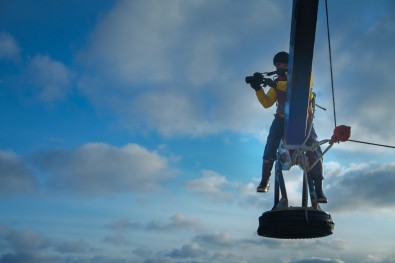 Capturing the action on a crab ship is anything but easy. Shown here is a camera man roped to a boom on the boat.

In the same way, it is also really useful for removing errant language. If you’ve watched the show, you may have noticed there’s a lot of extraneous swearing. If it's not essential to the story we try not to “bleep” it out, which is just too jarring. I can pull down the gain of the word, and then use Ambience Match to just fill the hole right back in, as if no one ever said anything. What I do is take the profanity clip, and have it extract the ambience from underneath the word and then put it right back where it used to be. Now the bad word has become its own fill! That’s an incredible time saver, because the old way of finding and “looping” ambience was a tedious and necessary part of dialogue editing to make things sound smooth and consistent.

With our tight turnaround, I also utilize the Leveler module. There are a lot of times when voices go from really loud to really soft, and the system does great work with those lines because it can move faster than my fingers move. It will give me a nice leveled piece of audio that’s much easier to mix than having to ride the fader up and down constantly.

In this way, I use technology to make this prep work as quick as possible because what they really hire me for is doing the sound design and mixing. Back in the day, more than half of the time was spent just fixing dialog, which left very little time for creativity in the sound design and mix. These tools, and their quickness, allow me to get to the stuff they hire me for and not spend all my time doing what I affectionately refer to as the “janitorial work.”

Until now, one of the “holy grail” features no one had been able to crack to my satisfaction was removing reverberation from dialog. A lot of our shows take place outdoors, on a crab boat, out in the wilderness, in a forest, but frequently they’ll record interviews somewhere else. They might be doing an interview or pickups in a warehouse someplace. You can’t have someone talking outside, and then have them suddenly sound like they’re in a bathroom. The last thing we want to do is to mentally pull someone out of the story because of a sound discontinuity. I find that the De-reverb module does a great job removing reverberation so the dialog sits in the mix where it’s supposed to sit. This is just not possible with traditional tools.

There are more tools in the product of course, and I use them all, but one that I find few colleagues know about is kind of hidden as a preset inside the Deconstruct module. The preset is called “Reduce Distortion” which does a wonderful job getting rid any sort of high-end distortion. It’s quite amazing and could be a module all to itself!

If I sound like an iZotope fanboy, it’s true, but it’s worth mentioning that I found iZotope, they didn’t find me. However, their tools have made such a positive impact on my work, I’m very happy to tell everyone about it! I realize that most editors and mixers don’t have to deal with things as extreme as I do, but if RX can solve my issues, I guarantee it can handle other people's audio! 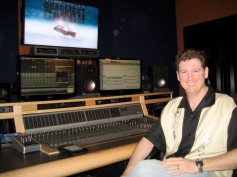