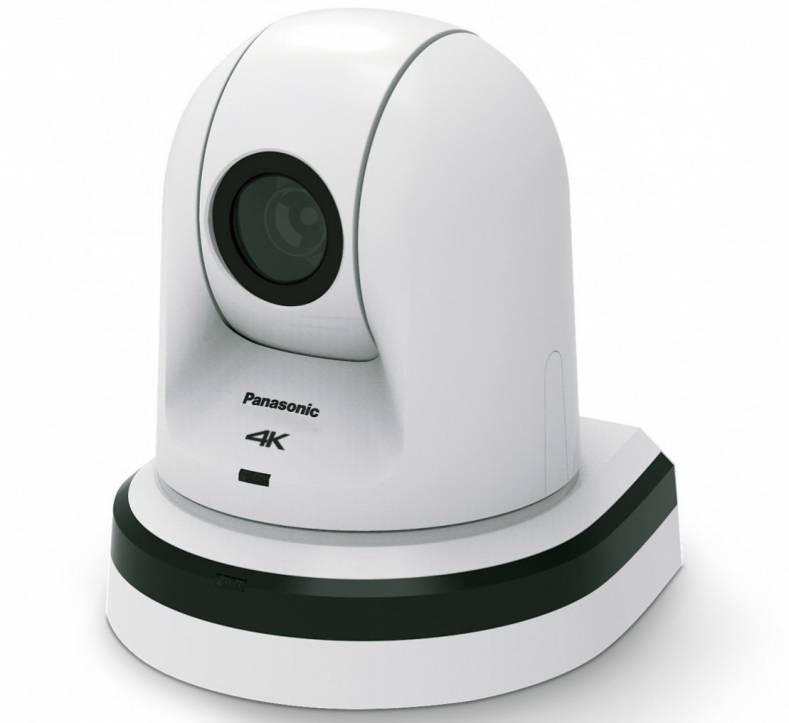 This new feature upgrade will allow direct-from-camera, production-quality audio/video streaming up to 1080/60p 24Mbps at a highly affordable price point. The upgraded camera’s IP streaming—in combination with the HE40’s standard IP-control, built-in AUDIO input and PoE+ (power over LAN cable) capabilities—enables “single-cable” remote production applications. In addition, the upgrade makes it possible for the HE40 to function as a USB Super-Webcam for videoconferencing and collaboration--with a 30X zoom lens, preset functions, as well as simultaneous IP and USB streaming and control.

The upgrade also facilitates production-quality in-camera HD MPEG-4 video and audio recording to a microSD card at up to 28mbps. The AW-SFU01 feature upgrade will be available in July at a suggested list price of $350.00. A special promotional offer will provide this function upgrade in July at no charge for cameras purchased between March 24th and June 30, 2015.

Panasonic’s new AW-HEA10 tap assist system simplifies and enhances remote control shooting with two of the company’s next-generation pan/tilt/zoom cameras, the AW-HE130 and AW-HE40. The complete solution includes an HE130 or HE40 camera, mounted on top of an HEA10 module, plus an IP-based tablet and network connection. When shooting with the primary camera, a super wide-angle video image is simultaneously captured by the HEA10 and displayed on the tablet screen. Tapping the desired area of the image on the tablet allows the user to move the PTZ quickly and smoothly to capture the selected shot.

Remote camera operation is simplified by allowing instant selection of a new shooting angle, eliminating the need to manually zoom out and reposition the camera. Up to nine pre-set main-camera shots can also be selected via dedicated on-screen buttons.

The AW-HEA10 is available at a suggested list price of $1400.00. The AW-HEA10 is currently supported on iPad; Android and Windows tablet support is planned.

The UE70, with 3G-SDI as well as HDMI video outputs, incorporates ½.3”-type MOS sensor and advanced processing. The camera boasts direct-from-camera audio/video streaming up to 2160/30p. The AW-UE70 will be available in October 2015.

The AK-UB300 4K multi-purpose camera, ideal for remote studio, weather and traffic reporting, image magnification and sports implementations, is equipped with a one-inch MOS sensor that outputs a UHD signal up to 3840x2160/59.94p and 50p with the ability to simultaneously output HD (up to 1080/59.94p/50p).

The AK-UB300 will be available in Winter 2015, with pricing to be announced.