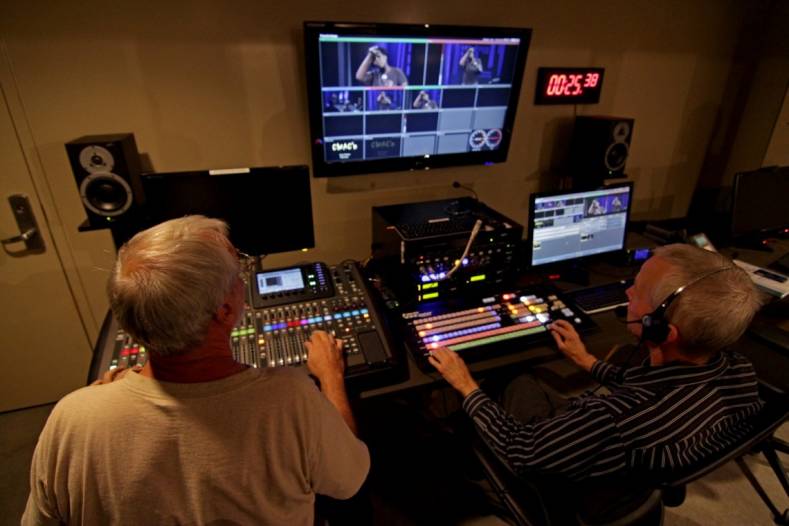 For a small annual fee, Fresno and Clovis citizens can learn and use CMAC’s TV studio, production and editing gear.

Since its April 2012 inception, CMAC has been using a Tightrope Media Systems workflow. Cablecast multi-channel broadcast automation for main programming and Carousel digital signage systems for backup and bulletin content are used at its downtown Fresno TV production facility. The Tightrope workflow includes Cablecast live and VOD servers that deliver a virtually unlimited number of high-quality, bandwidth-efficient H.264 streams to broadcast and online viewers respectively. Cablecast Reflect seamlessly interfaces with these on-site servers to aggregate, cache and distribute the media from its scalable cloud platform, removing the burden from CMAC’s internet connection.

Shortly after adding Reflect, the City of Fresno held a City Council “General Plan Hearing” to discuss recommendations for handling urban development, and the challenge of urban sprawl in the region.

“Since this has been a hot topic here in Fresno for decades, many citizens that couldn’t attend this particular meeting wanted to watch it live,” said Bryan Harley, facilities and operations manager for CMAC. “Using Reflect to host the live stream, we enabled a very large audience to watch the live hearing with no issues whatsoever on the streaming side. And with Tightrope’s end-to-end broadcast automation solution, we don’t have to spend time buying and integrating separate products.”

“With Reflect, we no longer have to worry that our internet connection has enough bandwidth to deliver all the live and on demand video streams our online viewers want to watch,” Harley said. “Regardless of a show’s popularity, many viewers want to watch it on the device of their choosing. We can count on Reflect to deliver it to them reliably. We also appreciate that they added mobile device support because, in this day and age, we need to support as many distribution platforms as possible. The Cablecast portfolio definitely gives us that flexibility.”