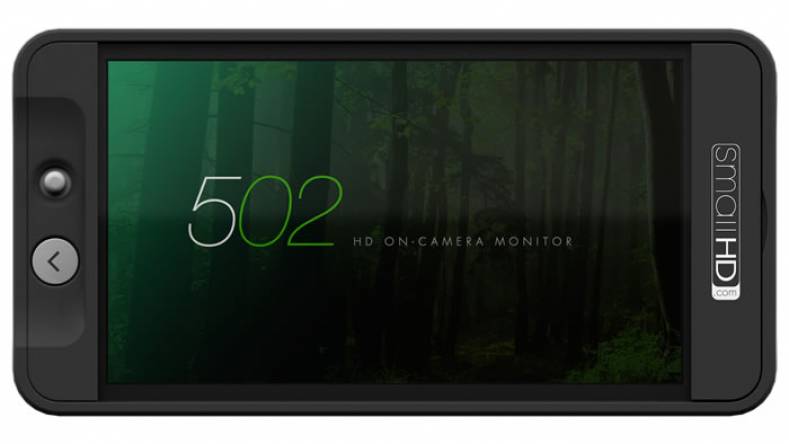 SmallHD, providers of compact, HD field monitors and accessories, has released a set of new features for its 501 and 502 5-inch HD on-camera monitors via a new firmware upgrade (version 1.0). The free Firmware 1.0 update is available now.

The free firmware advance provides both 500 Series monitors with an enhanced toolset of features, starting with Image Capture of up to 1080p raw images from the live camera feed. In addition, Image Overlay lets users load any JPEG—including an image capture—from the SD card and display it at varying opacity levels over the live camera feed. This provides the camera operator with an instant comparison between two shots.

There are also some new viewing functions, such as the Canon DSLR Scale mode, which lets users fill the entire screen with the image when using Canon DSLR cameras. Regardless of camera used, the Auto Image Flip function automatically orients images right side up, even when the monitor is mounted up side down. Wide screen shooters will appreciate the Anamorphic De-squeeze that displays a normal image even when shooting with anamorphic lenses.

For those that require extreme color flexibility, there’s now access to the Display Calibration LUT (“lookup table”) within each monitor, permitting the user to replace the factory-generated Rec.709 color calibration with another 3D LUT file from a color management application like Lightspace CMS.