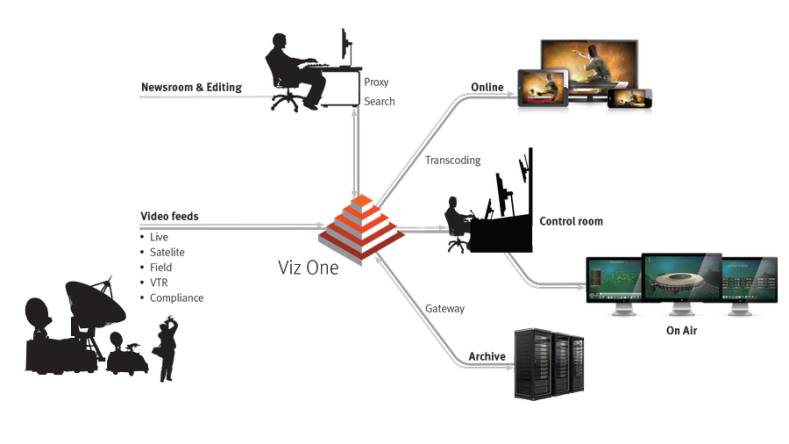 The Viz One workflow consists of three components: a web-based task list client, an admin consol, and a suite of business processes.

The BBC is migrating its entire audio and video archive library and upgrading its file retrieval and playout capabilities at its main production and distribution facility in London with a new Viz One media asset management (MAM) system from Vizrt. The new Viz One system will work in tandem with custom front-end and back end archive storage management software provided by Front Porch Digital.

Once fully installed, the new archive and file delivery system will be used for the main BBC archive as well as for delivering linear programming and on-demand files to viewers throughout the UK as well as to other nations across the region.

The BBC said they made their choice based on Vizrt’s proven off-the-shelf technology and the broadcaster’s past experience using Viz One technology in its Scotland production facility. Viz One makes it easy for users across the entire organization to find, upload, preview, cut, send, and manage media. Viz One’s primary application, Studio, is web-based and can be accessed from any desktop. In addition, a newsroom plug-in works seamlessly within an existing newsroom computer system like those from Avid (iNews), The AP (ENPS) and Octopus.

Available in several pre-configured packages—with the Enterprise package, like the one being installed at the BBC in London, being the largest and most flexible—the Viz One system manages all content in a central repository. Staff can produce video files for broadcast, mobile, and web in one seamless workflow–with access from their PC or Mac desktops. Each package targets a specific type of production and multiple packages can be bundled for a single system that handles many different types of production. The Enterprise package is a large and flexible solution.

At this year’s NAB 2015 Show, Vizrt demonstrated the latest version of its Viz One Workflow Engine, which will be in use at the BBC and includes a new graphical workflow designer tool based on BPMN 2.0, simplified reporting tools, and panel integration in Adobe Premiere Pro. The Workflow Engine consists of three components - a web-based task list client, an administration console and a suite of business process modeling tools. Together they increase efficiency in file-based workflows and helps visualize content data and processes to identify gaps and bottlenecks. 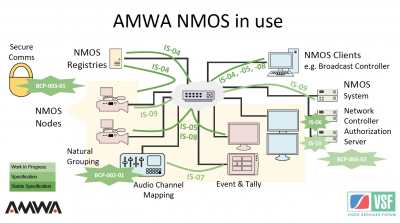