A new video switcher, a decoding solution and multi-viewer are central to FOR-A’s attractions at trade show Infocomm. The HVS-2000 switcher recently began shipping for use in SD, HD, 3G and 4K productions. It allows up to 48 inputs/18 outputs or 40 inputs/22 outputs (optional).

The switcher offers special features, including MELite, which allows a traditional AUX bus to transform into a functional mix effects with cuts, mix, wipes, keys, and DVE including full preview. Another application designed to give operators more power in their switching during staging events is called ONStage. FLEXaKEY enables users to tailor their production needs by adding, moving, and multiplying key and DVE layers to traditional M/E or MELite resources. 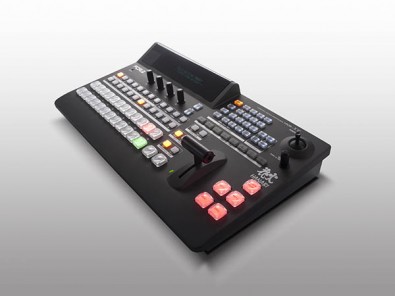 Rounding off its highlight, FOR-A is displaying a new multi-viewer. The s MV-1620HSA unit that accepts up to 16 channels of mixed 3G/HD/SD-SDI or analog composite signals for monitoring on up to two screens. It has 4K-input support, allowing users to cascade the multi-viewer with other units to display up to 64 sources at once.