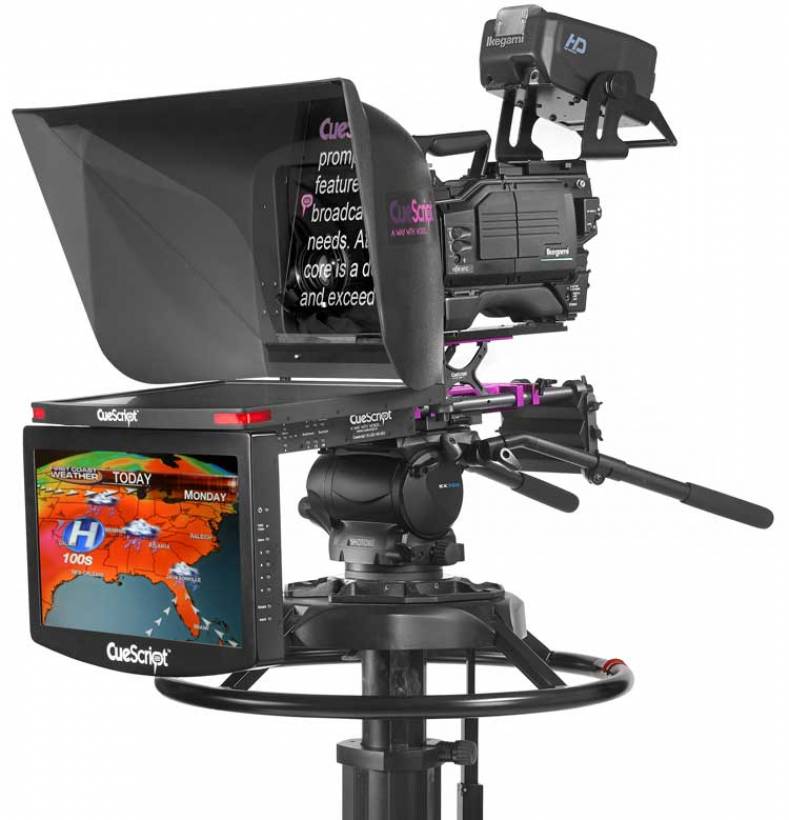 CueScript is proud to be a first-time exhibitor at this year’s IBC show. The company will have its full range of teleprompting systems on display. CueScript launched during the 2014 NAB show.

CueScript will unveil its new iT Production and iT News software at IBC. A completely new way of thinking has been applied in the approach to the design and workflow of this prompting software. Intuitive, clear and quick navigation are key requirements of the design, allowing for quick and prompter-rich functionality. The iT range of software will run on any OS platform, giving greater flexibility to productions and installations. A revolutionary patent pending prompting scroll control to be used with the new software, the CSSC1, will also be introduced.