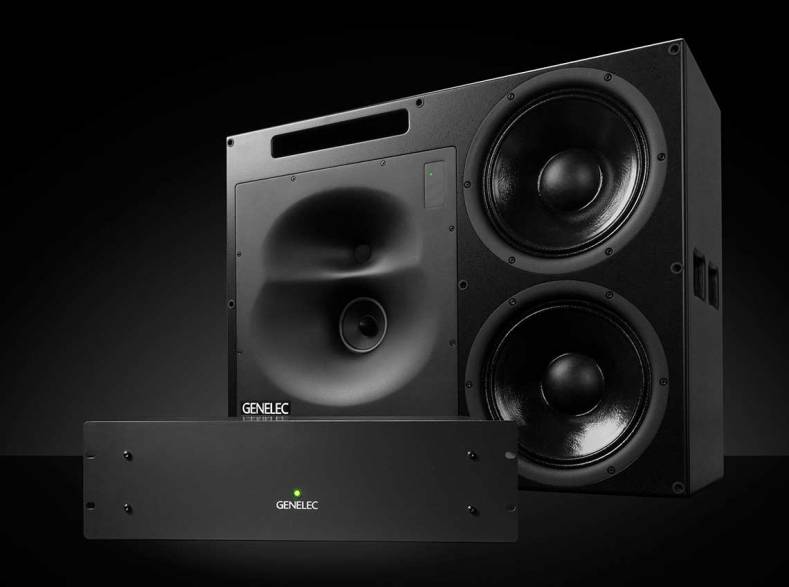 Genelec has launched the new 1234A Smart Active Monitoring (SAM) System. The three-way active loudspeaker system is designed for demanding recording and mixing environments including radio and TV broadcasting and post-production.

The Genelec 1234 SAM System has a system frequency response from 29 Hz to 21 kHz and is capable of delivering 125 dB SPL at 1 metre through a combination of efficient Genelec-designed Class D amplifiers providing 2x 750 W, 400 W and 250 W of short term power for the woofers, midrange and tweeter channels, respectively. The 1234A is supplied with a amplifiers in a separate housing, the RAM XL (Remote Amplifier Module).

The system’s 160 litre enclosure features two 12 inch drivers and a proprietary Genelec 5 inch midrange driver as well as a 1 inch treble driver mounted in a large Directivity Control Waveguide (DCW). Genelec’s DCW provides a wide and controlled listening area, early reflections are minimized for very accurate sound reproduction both on- and off-axis. The dual woofer design extends the control of the directivity to low frequencies, and the Intelligent Signal Sensing (ISS) circuitry saves energy by automatically putting the monitor to sleep when the audio signal has been absent for a period of time.