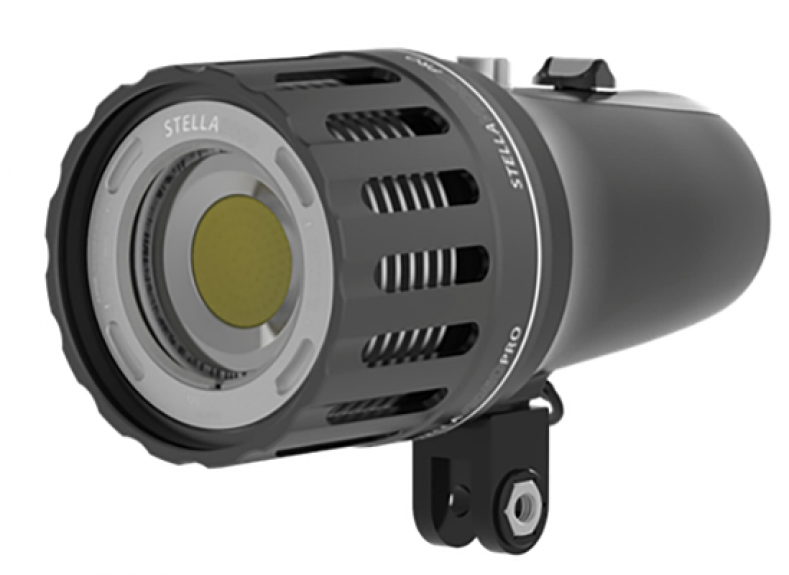 Back in 1989, San Francisco-based photographer Michael Topolovac was looking for constant lighting gear for underwater photography. Virtually all that existed at the time were strobes. When he couldn’t buy what he wanted, he built an underwater halogen system and founded Light & Motion.

Now, 26 years later — armed with rapid advances in LED lighting technology — Light & Motion has entered the broadcast lighting business. It came about, said Daniel Emerson, CEO of Light & Motion, because the company’s clients who shoot for the likes of National Geographic, the BBC and PBS, wanted a single lighting package they could use both underwater and on land.

After attending NAB 2015, Emerson became more energized than ever about entering the broadcast lighting market because “the broadcast space is well behind the underwater imaging space and seems to lag even the residential and commercial lighting space.”

Light & Motion’s first products, to be available from dealers by the end of the summer, are the Stella Broadcasting models 2000 and 5000. The lights are the first that can work both underwater and on land, containing a sealed internal battery and power supply. 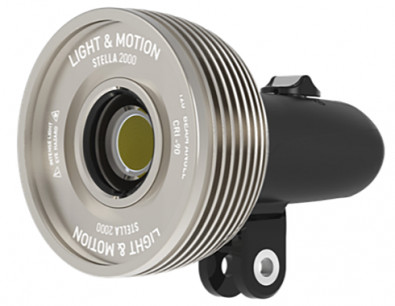 Stella 2000 broadcast light. The light is is totally sealed and works both underwater and on land, providing 2000 lumens on battery for one hour.

The Stella 2000 weighs 1.1 pounds and has a capacity of 2000 lumens for an estimated one hour of operating time at a depth of 330-feet under water. It can be hosed down, dropped repeatedly on concrete and run on AC power and fast charge simultaneously on land. The StellaPro 5000 operates 90 minutes at 5000 lumens under water and weighs 2.5 pounds.

“We’ve worked with underwater crews for more than 20 years and they wanted our underwater lights to work above ground,” said Emerson. “The problem was the underwater lights couldn’t cool themselves well on land. They would overheat. We had to design a very rugged, portable light that would work well in both environments.”

In designing the first dual-purpose light, the company had to deal with a reality of underwater lighting. “Almost everything underwater is shot at a wide angle, so a super-wide beam is critical,” Emerson said. “A 100-degree beam angle in air will automatically drop to 70-degrees underwater. So we fight to be super-wide in air so that when we go underwater we can get down to 90-degrees.”

For this reason, Stella Broadcast lights have a very wide 120-degree beam angle on land. “One of the things we worked hard on was to have a super smooth beam pattern with no artifacts in the light and a very soft drop off on the edges. Because when you are shooting super-wide angle, that matters a lot,” Emerson said. 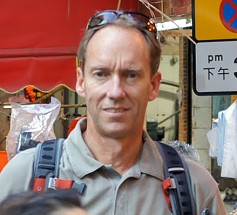 At first Emerson thought the 120-degree beam angle on land would be a problem, since all broadcast competitors’ lights have a much narrower beam. “But user feedback told us otherwise,” he said. “Maybe it’s because nobody has previously built a 120-degree light for use on the surface. Our users really like the wide beam because they get a lot of softness in a room when the light is bouncing off the walls and coming back onto the subjects. You are getting a mix of direct light and indirect light. You won’t get this with narrower beams.”

Stella fixtures have an accessory 70-degree Focusing Optic that drops the beam width, plus they have a range of other accessories that include a Glo-Bulb, Compact Soft Box and Barn Doors. They use a molded silicone design that adds a bit of diffusion to the light beam and effectively doubles the illumination on the subject. The back part of the light is totally sealed, while the front part increases the bezel size to allow air cooling on land.

Perhaps as interesting as Light & Motion’s new broadcast products are Emerson’s thoughts about today’s generation of broadcast lighting manufacturers and their current products.

“The first thing I noticed at NAB is all the manufacturers rate their equipment in watts,” Emerson said. “On no web site or at any booth I visited, did anyone talk about lumens. I was scratching my head. How powerful is this light? Well, their answer is it’s so many watts. And I say, well, so what? A watt has nothing to do with the amount of light. A watt is a measure of power consumption.

“A lumen is defined as the visible light emitted by a source. You would think that if you are building products where the end product is visible light you’d speak in lumens. I can make a 100 lumen light that uses a fraction of a watt or three watts. There is no direct connection between watts and visible light. I can understand watts when you are planning your power needs on a set, but at the end of the day I don’t know how much light your product puts out. And nobody uses a standard that tells me.”

This lack of important information left Emerson “dumbfounded” and wondering how novice buyers unschooled in LED technology are supposed to understand the brightness of a given LED fixture.

Also, the continued use of large square panels for LED lights also baffled the CEO. “No one could tell me why they are used. The best I could deduce is that in the early days of LEDs when they were very low power they only way to get enough light was to build an array of discreet LEDs on a flat panel. Somehow that seems to have migrated to people's thinking going forward that LEDs have to be in this big array to put out enough light.”

Perhaps the biggest misnomer in the broadcast lighting industry is “LED manufacturers try to create mystery around the selection of LEDs as a marketing angle,” Emerson said. “It’s really quite simple. We buy our LEDs mostly from CREE, the leading manufacturer of LEDs in the United States. They do their phosphors — their secret sauce — and their wafer fabrication in Durham, North Carolina. They ship their wafers to China, where they are assembled into the packages that we ultimately purchase. They control the quality of the product, the testing and the sorting. Basically, it’s a silicon wafer type of production.

“In the process, every single LED has an address and is binned. You can select the type of bin you want when you make a purchase. You can select how tightly that bin is controlled. For example, for high-end broadcast LEDs for advanced cameras there is a bin code. You can insure the LED is not going to have a green hue and will have the rich red that makes the skin tones look correct. It’s a very straight forward process. If that’s what you want, that’s what you buy and put it in your product.”

The reason some LEDs “look so awful” is manufacturers are not buying to this spec, he said. “A lot of mystery has been injected into this discussion to create confusion. I saw a lot of manufacturers trying to make it more complicated than it is. I think this is doing a disservice to the industry that should be rapidly adopting this technology. It has so many benefits.”

Finally, Emerson said, there was a mythology at NAB that LEDs are not very powerful and if you need high lighting output you need another kind of lighting.

“Yet the recent Super Bowl was lit with half the number of lights used in conventional stadiums and the LED fixtures weighed only 55 pounds each. They delivered twice the light of the fixtures they replaced. To think that LEDs are not powerful is wrong. You have to buy the best product and they are not cheap. But if you buy good LEDs, they are massively more efficient than anything else on the market.”