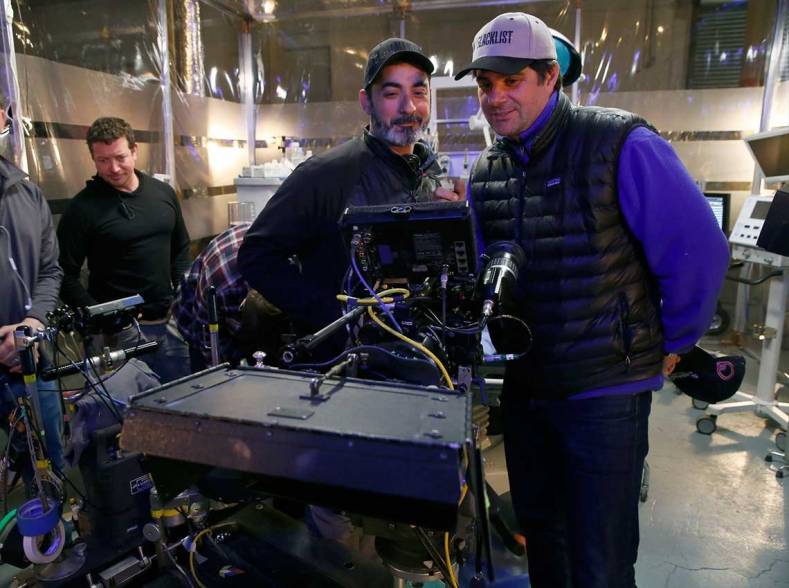 Operator Saade Mustafa and DP Eric Moynier on The Blacklist. Photo by Will Hart NBC.

The Blacklist stars James Spader as ex-government agent Raymond “Red” Reddington, one of the FBI’s Most Wanted fugitives, who comes to work with the FBI to identify a “blacklist” of politicians, mobsters, spies and international terrorists. 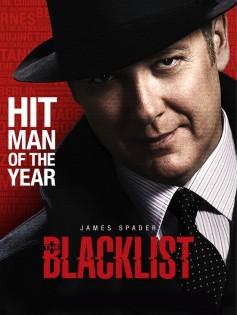 Moynier and Caracciolo are joined on the set by A camera operator Tom Weston, B camera operator Saade Mustafa, and a third rotating operator. They deploy three Sony PMW-F55 CineAlta 4K digital cinema cameras on an average day, but as many as six cameras are sometimes rolling. They’re outfitted with Panavision Primo prime lenses and zooms, and Angenieux Optimo zooms.

Moynier estimates that OConnor 2575 fluid heads, rented from Panavision New York, are used 80 to 90 percent of the time. “OConnor has always been my workhorse; it’s my go-to fluid head,” says Moynier, who has been a fan for the last 20 years. “I love the feel of the 2575. It’s like I’m holding the story in my hands. It’s not a mechanical device – more of an emotional way to operate. Operating with a fluid head is very different from wheels. It’s more personal, more organic. I operate with very high tensions so when I stop pushing, the camera stops in its tracks.”

Weston is also a longtime 2575 user. He gives kudos to the “strong locking system,” a must when cameras are loaded with accessories. “When I put an 11:1 Panavision lens on the lighter Sony F55, then load it up with Preston (camera and lens control), MDR (cable), batteries, two monitors and an eyepiece, it becomes a very heavy and long camera. But if I want to do an extreme tilt, I know the head’s locking system will hold it all in place.”

Weston notes that the 2575 even performs well in the arctic temperatures that New York City experienced this winter. “We shot in 15-degree (Fahrenheit) weather and the lenses can become difficult to focus and zoom sometimes. But we’ve never had a problem with the OConnor fluid heads,” he says. 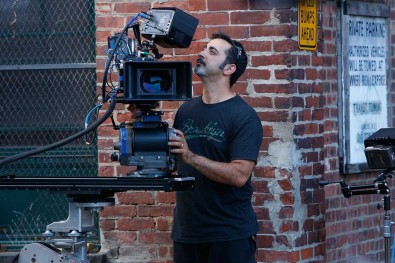 Litepanels 1x1 panels are used extensively on the series, too. “They’re small, slim and unobtrusive, so they can be hidden and tucked away on sets,” says Moynier. “And you can adjust their intensity.”

“I love them and use them every day,” says gaffer Michael Price. “They’re quick to hang as backlights, with no cables; I can add them as last-minute key lights. I even use them off camera to light a dark staircase, or I’ll put one on a stand when an actor needs a little work light to study the script.”

Price likes how he can “change the color temperature of the Litepanels from tungsten to daylight simply by spinning the dial. And they’re fully dimmable, too.”

He powers the Litepanels, rented from ARRI New York, with six Anton/Bauer DIONIC HC batteries, which he values for their long charge life. “We shoot a lot of long scenes, and I never have to change batteries,” he says.

Anton/Bauer lithium-ion batteries also power the F55 cameras. Hollis Meminger, A camera 1st assistant on the show comments that the Anton/Bauer batteries are used “on everything from our monitors to wireless video systems, as well as with our camera stabilization system. The batteries have proven to be extremely reliable and very useful for such a high-impact show as The Blacklist.”

The popular crime drama’s second season is currently airing, and NBC has renewed The Blacklist for a third year.