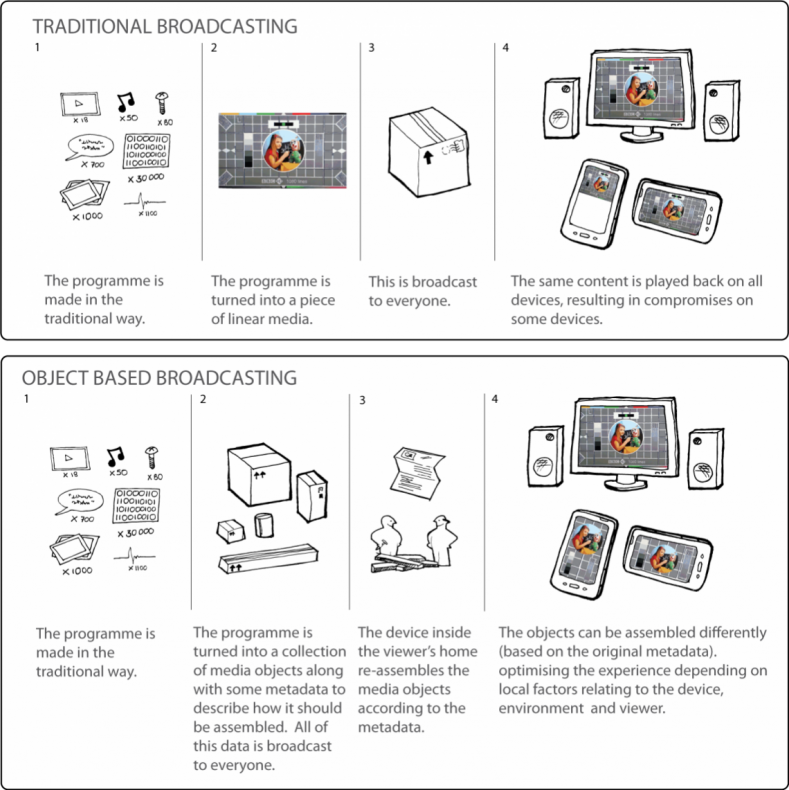 The BBC, Sky and ITV are to employ IP delivery for elements of live UK general election coverage on May 7 and May 8. The technology is in early stages of development and not quite robust or flexible enough to ditch outside broadcast trucks yet. But in 2020 - time of the next general election perhaps all 650 parliamentary seats can be streamed live online using the more economic remote production method.

Sky is making most hay with the technology using IP to feed up to 150 live streams of results declarations from LiveU cellular backpack units back to its main election night gallery in Osterley.

The volume of live feeds delivered over IP is believed by Sky to the be largest such application to date.

ITV only has a couple of IP feeds from declarations in London. Emma Hoskyns, Head of Special Events, ITV News, says, “If something breaks it is harder to fix over IP on the night, but with a truck you know how to resolve issues.”

Much the same feeling is aired by the BBC but the broadcaster is nonetheless streaming up to 20 counts, a sixth of its total, over IP.

“BBC election night programming in Scotland and Wales are doing more over IP although we've not moved to mass delivery over IP,” explains Sam Woodhouse, managing editor, BBC Political Programmes. “It does give reasonably high quality steerable and directable cameras which you can and see hear a declaration from but in our experience to date it takes a lot more planning than a truck.

He adds, “You've usually got more third IP providers parties in the way, you've got various IP providers, sometimes requiring local IT, and also the cooperation of local councils to consider.

“What trucks do that IP doesn't is flexibility on air. Trucks come with ear pieces and monitors so you can get react with interviews on the ground. If you do IP the route is less obvious. So when you start to factor that in you end up with a production that's not any cheaper more logistical planning and without boots on the ground. IP will be of great benefit, but this time we are sticking to tried and tested methods of coverage.”

BBC R&D continue to research the technology believing there to be huge potential in an IP-based broadcasting system.

“From a production point of view, it means moving away from expensive broadcast-specific equipment, like SDI and talkback systems, to more standard off-the-shelf technology,” says Phil Tudor, Principal Engineer, BBC R&D. “But it also opens the door to remote production, removing the need for expensive temporary broadcast centres and simplifying complex multi-camera productions.

“And significantly for audiences, IP technology frees broadcasters from the constraints of a traditional linear production chain, so there is great potential for innovation around the types of programmes that can exist, as well as the manner in which they are created and consumed. This means we can break programmes down into their basic parts, like video, audio, images and text, and deliver them to audiences in real-time depending on their device, preferences or location.

For example, you could have a documentary or news report that changes its length to match your daily commute, or more interactive experiences like choosing your own seat in a sports stadium or concert hall and watching the event as though you’re actually there. It’s early days and we’re only just beginning to scratch the surface.

Ongoing work at BBC R&D includes improvements to latency and a re-development of its system for distributed data processing.

“We’re also looking at further production tests to improve our understanding of the opportunities and challenges of an IP-based system across a wider range of genres,” said Tudor.

“Another major focus for us is on standardisation, as this is absolutely crucial to ensuring any future system uses open technologies and helps ensure the industry can make the most of the opportunity. We’re contributing to and sharing our findings with several standards bodies, as well as publishing our research more widely to help further understanding and development.”