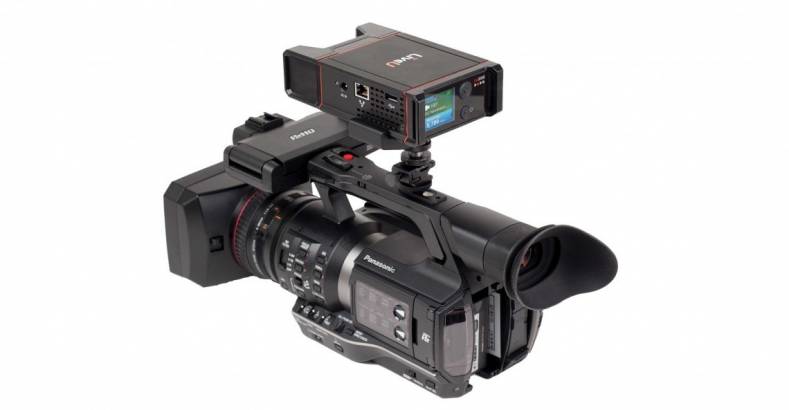 The LU200 cellular-bonding transmitter mounts atop a camera.

LiveU is a key technology partner in “ambitious and wide-ranging” plans for the UK General Election coverage to take place on May 7, 2015.

LiveU announced that Sky News has chosen LiveU as a key technology partner for the UK general election, to be held on May 7th. The deal has been overseen by LiveU’s UK partner Garland Partners Ltd.

Sky News has described its forthcoming coverage as “the most ambitious and wide-ranging results service available and will ensure customers have the most up-to-date information as it happens”. This will include a specially created studio at Sky News’ Osterley location.

On 7th May 2015, Sky News will use multiple units from across LiveU’s range, including the small form-factor LU200, as well as its existing LU500 lightweight backpacks. LiveU units are managed and controlled by LiveU Central, the unified, cloud-based management platform, which enables fleets of units to be centrally controlled using geo-location capabilities alongside a host of other management options

The Sky News team will broadcast from key constituencies across the UK including Kay Burley from Witney, David Cameron’s seat, Anna Botting from Sheffield Hallam, Nick Clegg’s constituency, Andrew Wilson from Margate where Nigel Farage will be hoping to gain the Thanet South seat, Jeremy Thompson from Ed Miliband’s constituency in Doncaster, and Eamonn Holmes will be in Sunderland where the first result of the night is expected to be announced.

LiveU cellular bonding technology has already changed the way that elections are covered around the world, including last year’s Indian general election as well as those in Sri Lanka and also the 2015 Greek election.