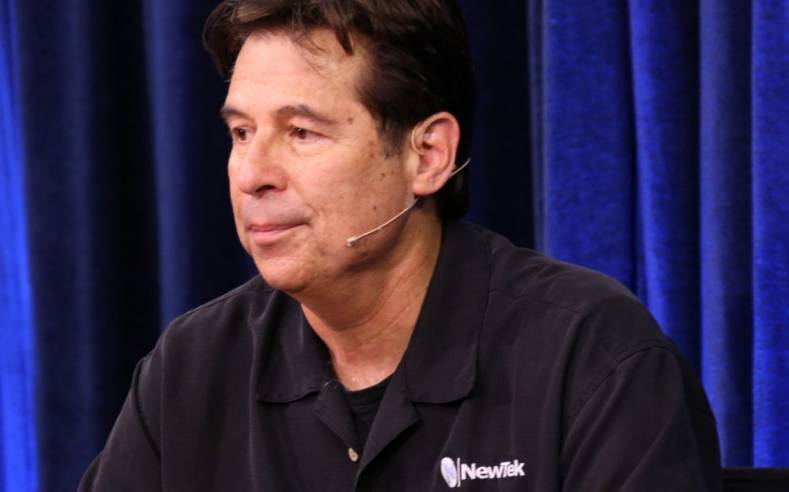 Waskul.TV is running through this year’s NAB show, broadcasting interviews with leading figures in the broadcast technology industry and reflecting the latest trends. Produced in the StudioXperience on booth SU621, the channel is using equipment from several manufacturers exhibiting at the convention, including NewTek, Shure, AJA and DPA, which is supplying headset mics for host Steve Waskul and his guests.

Interviewees so far onWaskul.TV have included the chief executive of Vantrix, Jean Mayrand, Freddie Wong, co-founder and managing partner of RocketJump and Michael Kornet, executive vice president of business development at NewTek (pictured above). Technology pundit and chief executive of Waskul Entertainment Steve Waskul introduces his guests on a stage set with a live sound system so visitors to the stand can hear what is going on. 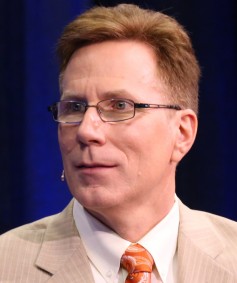 Audio feeds are carried from the Shure wireless mic set-up through a digital mixer to the line array PA rig using a Dante audio over IP network. Waskul and the interviewees are wearingDPA d;fine directional headsets, which give the necessary separation from the live sound output by putting the mic capsule close to the speaker's mouth.

Waskul explains that this is the first time the production has used DPA mics for the NAB show: "Our original headsets didn’t look great on camera, so the initial factor that drew us to the DPAs was the appearance. We also wanted something that's going to sound great but will also stay in place and is easy to use quickly, because we have minimal time to prep our interviewees. Our team has used DPA mics at other venues and events and they believe in the technology."