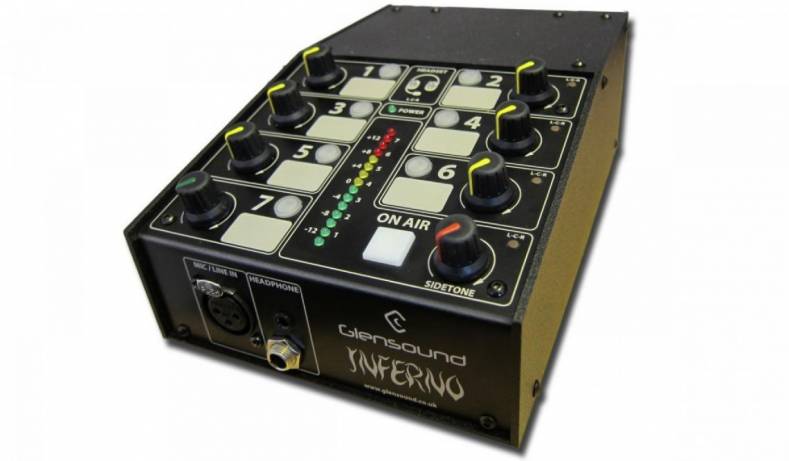 The Inferno offers network connections on CAT-5 and fiber cabling, as well as power via mains AC, external DC, or the CAT5 connection.

Glensound will introduce its new Inferno, a presenter commentary I/O that can be used on its own, or networked in multiples for a multi-user system. It has seven inputs for headphone monitoring and eight audio outputs: a main mic program output plus seven talkback outputs.

The routing of the Inferno I/O is all controlled by the included (and free) Dante Controller software, allowing seamless point to point and point to multi-point routing within a Dante network. All routes are stored locally on the Inferno whenever a change is made, so Dante Controller is only needed for making changes. Audio is uncompressed and at super low latency levels.

For a self-contained network audio system, Glensound also offers the DARK 88 8 x 8 Dante audio break out box, which can act as the network audio interface for the Inferno.