In an era of mounting media competition and a chance to sell out with the upcoming FCC auctions, some broadcasters will see the handwriting on the wall and take the money. Others who choose to remain in the business, face decisions about how to reinvent themselves, their technology and their business for the future.

One thing is certain: no one can remain the same. Business as usual is no longer an option.

Even those who argue that the basic local over-the-air television signal is essential to community interests understand the dire situation. They cannot sustain the traditional business model as television shifts to Internet distribution for viewing live and on-demand programming anywhere, anytime, on any device.

Not only are viewing patterns shifting, but so is television technology and the business itself. How can a broadcaster who uses a transmitter ever hope to deliver 4K against a competitor using the Internet for distribution? What about the broadcast plant itself? How can it be upgraded to handle not only traditional broadcast signals, but IP signals to feed the cloud for online delivery.

A chief engineer for a major market broadcast station, whose company would not allow him to speak to the press on the record, said there is still no definite standard yet for the delivery of 4K from broadcasters to home viewers.

“American broadcasters are waiting on the ATSC to vote on the 3.0 standard which would allow things like 4K transmission and mobile streaming,” the engineer said. “In other words, we broadcasters don’t know what sort of signals we are supposed to be sending to the transmitters just yet. It’s a bit like putting the cart before the horse.” 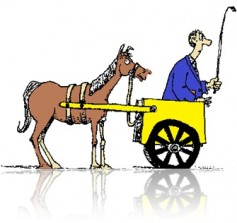 4K is proving to be a complex technology to support in part because there remain incomplete standards. Image courtesy Canisius College.

The lack of standardization, he said, makes it difficult for broadcasters at act. “Samsung has their way of doing things. Sony has their way. The ATSC 3.0 candidate standard that’s written allows for 4K transmission, but it’s not official yet,” he said.

Though the engineer noted that 4K is deliverable through over-the-top systems that have sufficient bandwidth, he contends that it still doesn’t replace the local signals that communities need.

“We had bad weather in our area recently and our ratings went sky high,” he said. “You won’t get those kind of ratings with over-the-top delivery. It was the local signal that mattered to the people of the area during that weather emergency. When we try to get away from it, we keep coming back to why local content is so important.”

That won’t stop the juggernaut toward IP and 4K at NAB. Manufacturers are selling technology that many broadcasters will be forced to use if they want to remain competitive in the media business of the future.

One of those manufacturers is Imagine Communications, whose new CloudXstream cloud technology allows terrestrial broadcasters to continue to broadcast over their transmitters as well as service a mobile audience over the Internet.

“I’m certainly a big proponent that the Internet is going to drive a lot more video content and play a bigger role in how consumers get content. More and more consumers are watching video whether it’s live or on-demand on a mobile device through an IT-based mobile device,” said Charlie Vogt, president and CEO of Imagine Communications and chairman of GatesAir, companies on both sides of television’s future. 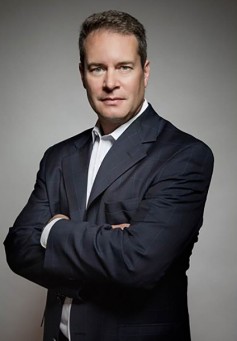 Charlie Vogt, president and CEO of Imagine Communications and chairman of GatesAir.

“But on the other hand, I think there will always be a market for free TV,” Vogt said. “My kids, who are 20 and 21 years old, are just discovering free TV at college in their dorms. They are excited they don’t have to spend $50 a month to get the networks.”

Imagine is pioneering the Internet future, while GatesAir is a traditional manufacturer of transmitters for radio and television. They are the result of the breakup last year of Harris Broadcast. Vogt is in the middle of both companies and trying to complement the technologies.

Yet — at the end of the day — he thinks many broadcast stations will sell out. “I think a lot of the stations will sell during the FCC auctions,” Vogt predicted. “I think they have an amazing opportunity to create a once in a lifetime generation of wealth. The amount of money that Verizon and AT&T have already said they are willing to pay for spectrum has doubled in the last several years. It’s a big number.

“Having said that,” Vogt continued, “I think where the big four wireless carriers need spectrum is in the traditional tier one cities. They don’t need it in Nebraska. They need it in New York City, Dallas and the major metropolitan areas which is where they are starving for spectrum. So if you’re a broadcaster in a smaller city, I don’t know if there will as much appetite for spectrum.”

Within their own facilities, broadcasters also have to deal with major infrastructure upgrade issues like none in the past. Even if they want to feed a signal to a cloud, how do they get their SDI signals into the IP domain?

Grass Valley, among other companies, has a series of solutions for that at NAB. The company has been slowly outfitting its product line for IP connectivity, including cameras, servers, production switchers, routers, multiviewers, IP gateways and control systems.

Grass Valley offers non-proprietary IP routing switches and Software Defined Networking (SDN) control to convert and manage SDI to IP signals in broadcast facilities. All the gear is based upon the SMPTE 2022 standard.

This SMPTE standard defines a unidirectional IP-based protocol for the transport of real-time video, audio and ancillary signals. It defines a method for the encapsulation of the payloads of a variety of existing SMPTE serial digital video standards. The uncompressed signals are at rates of 270 Mbits/sec and higher.

Sara Kudrle, a product marketing manager for infrastructure, monitoring and control at Grass Valley, will conduct an NAB session on converging IP and 4K technologies at NAB. 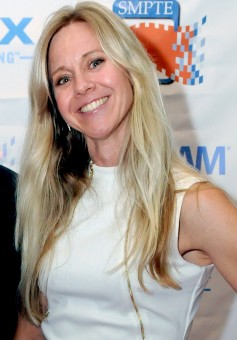 A key reason for implementing IP technology in television facilities, she said, is to keep up with the necessary bandwidth to transport 4K and higher content signals. IP networks can easily expand, but SDI doesn’t.

“The definitions for 4K aren’t quite nailed down but what we do know is the bandwidth requirements keep increasing,” Kudrie said. “You get more resolution, higher frame rates, higher dynamic range and a wider color gamut. All those things are good, but they keep adding to the number of needed bits.

“Previously, innovations like this came many years apart and you could take time upgrading your infrastructure,” she said. “You might spend millions of dollars but you’d expect the system to last at least ten years. Now the rate of change is moving much faster. We are already moving toward 8K before 4K is established. And all these new over-the-top formats have to be supported. In order for a media facility to remain agile and to remain competitive, it really needs a technology that will allow it to adapt and grow.”

Kudrie said most facilities will upgrade to IP gradually. IP needs “gateways” between the SDI and IP. Software Defined Networking, or SDN, is needed to control the functionality of those gateways so they operate like SDI switches. “With SDN, you can control the flows through the IP switch and determine that this source is going to get to this system via this route,” she said. “It’s kind of like traffic control.”

Many of the “building blocks” for transitioning broadcast facilities to IP technology will be available at NAB. An important consideration at this early stage of the new technology is to keep open standards and interoperability, said Kudrie.

“Sticking to open standards and open APIs is a huge issue,” she said. “Different vendors have different approaches and not everybody sticks to an open standard. Some vendors may use something proprietary because they have control over it and they can get to market faster rather than to wait on a standard.”

For terrestrial broadcasters, the complexity of this changeover is mind-boggling. It requires technology expertise in IP as well as traditional video systems. It is far more complex than sending a single signal to a transmitter. It also requires entirely new business systems that combine traditional over-the-air television with new multichannel Internet-based systems.

This is not for the faint-hearted.