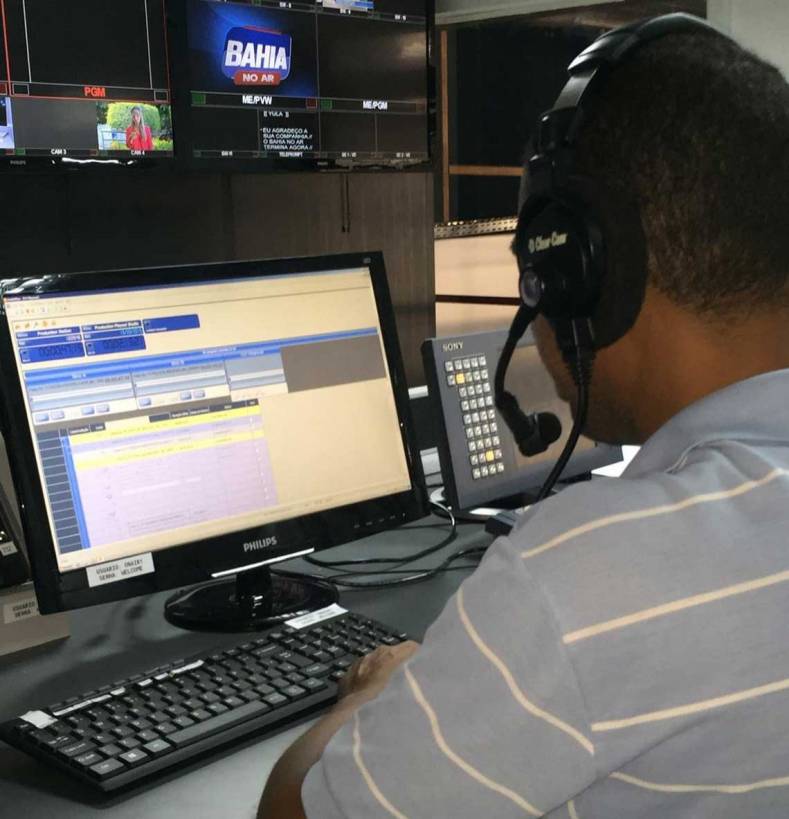 Operator at Record Bahia with the Dalet newsroom system

Brazilian TV channel Record Bahia has installed a Dalet Digital Media turnkey news system at its new HD broadcast centre in the regional capital of Salvador. It is based round the manufacturer’s News Pack software clients and two Brio video servers, with integration to Final Cut Pro editing workstations and NetAPP NAS storage.

Based in the state of Bahia on the Atlantic coast of Brazil, Record Bahia is part of the Rede Record network of stations and reaches an audience of over 12 million. Dalet News Pack was selected for its picture quality as well as its easy of use by journalists. The system's software clients are being used for creating stories, editing, ingest and controlling playout of material.

Explaining the thinking behind the installation, Fabio Tucilho, executive director of Record Bahia, comments that the channel sees its mission to serve its audience with the best quality news journalism and the best quality pictures: "Moving to HD was a natural evolution for us but we wanted to safeguard our investment with a solution that would optimise our operational resources and afford smart and progressive workflow efficiencies."

Tucilho adds that the requirement was for a single environment that fully integrates the newsroom system with ingest, production, playout and archiving over an open IT infrastructure. "The intuitive suite of desktop tools allows our journalists and producers to preview and select video content much more efficiently for rundown, prep and editing," he says.