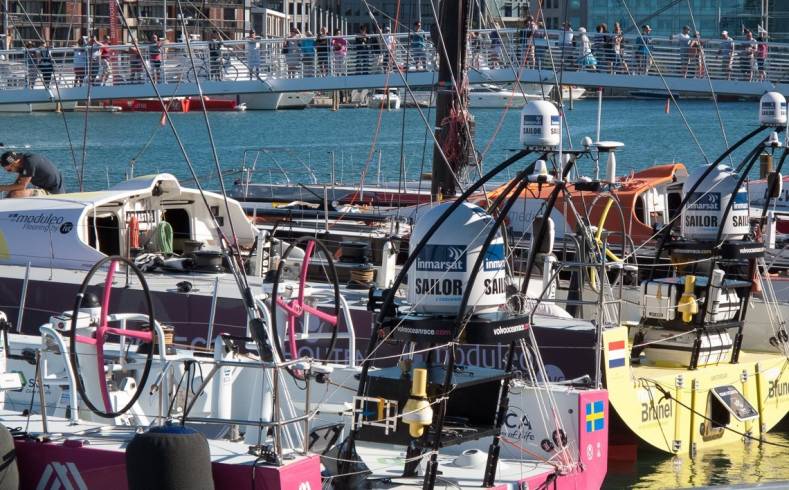 The fifth leg of the Volvo Ocean Race (VOR) is due to get underway from Auckland in New Zealand to the Brazilian port of Itajai on Wednesday (18 March). This is the longest and potentially most treacherous of the nine legs of the gruelling yacht challenge, which has been a dramatic competition so far. Landlubbers have the chance to experience the action and general life on board through programmes and online videos captured and distributed by modern broadcast and communications technology.

This is something that has become a greater part of the race over its 42-year history, from when it was the Whitbread Round the World Race to the Volvo's involvement, which began in 2001 and brought a more media aware approach. The 2014-15 race is promoted as concentrating on the human aspects of the event, not just the sea and the boats, which this year are the Ocean 65 model, a single design common to all teams.

Also standard is an extensive communications installation that allows the crews to stay in touch with and be monitored by the control centre at VOR headquarters in Alicante, Spain. As well as this it is used by the onboard reporter (OBR), a non-sailing member of the crew, to record life on the boats, write a daily blog of events and prepare video and audio packages for broadcast by international TV channels, in addition to VOR's IPTV service.

Each vessel has SATCOM Fleet Broadband 500 and 250 antennas fitted above the stern, along with a satellite unit for telemetry. The 500 is intended for heavy duty video streaming, operates at 432kb/s and is usually only for scheduled transmissions. The 250 runs constantly and is used primarily for sending and receiving emails. It can also send video but takes longer.

"We use either the 500 or 250, depending on battery charge," explains the OBR of Team Vestas Wind, Brian Carlin. "If something has to go urgently then we use the 500 but if there is time before the deadline we send over the 250. It's slower but does the job." Cobham TCS's NETNode Mesh IP radio system provides IP connectivity for email and internet access, with COFDM modulation to integrate video, audio and GPS information. 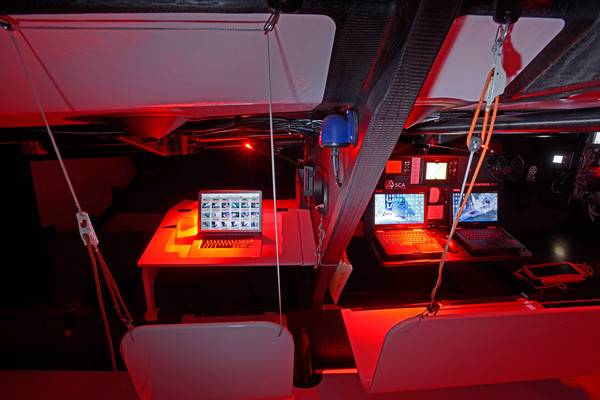 Onboard reports are a mixture of footage from handheld cameras and five waterproof deck cameras, designed and manufactured by LiveWire Digital, which also supplies the microphones built into the superstructure. Carlin says the onboard cameras are "very handy when it's blowing a gale outside" but that they can sometimes be overused. Each OBR also has at least one camcorder for more subjective or spontaneous shooting. Carlin uses two cameras, a Canon 5D MkIII digital SLR, with four different lenses, and a GoPro. "The aim is to bring a real and more human feel to the reports, reflecting the environment," Carlin says.

The OBRs work below deck at a dedicated media desk but it is a cramped space squeezed in between the navigation area and the stern. Feeds from the onboard cameras and mics are brought into a switcher panel, which also has remote pan and tilt control over the companionway cam. This footage, and that from the OBR's camcorder, is edited on a Final Cut Pro equipped laptop. Completed packages are sent to HQ using the LiveWire M-Link Newscaster software application through the FleetBroadband 500 or 250 for uploading to YouTube and distribution to participating broadcasters, including Canal+, Sky, ESPN, RTL and CCTV.

Aside from broadcast production, the video set-up has an important role to play in the event of an accident. The crash recorder function is based on a delay line, produced by LiveWire, and constantly records from a pre-selected shot, usually the stern camera, and the onboard mics. In an emergency a crew member hits the record button, activating a recording of the four minutes prior to the incident and then the succeeding four minutes. 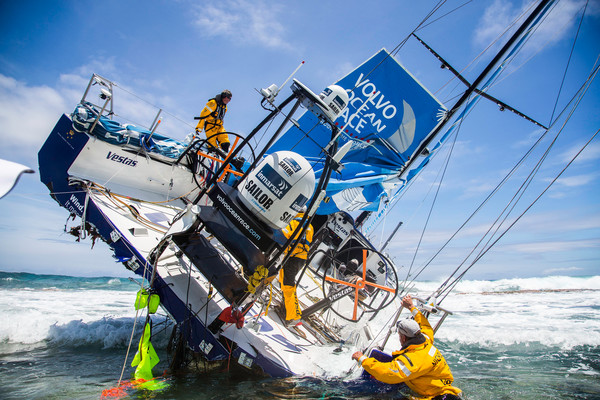 This feature came into play on the evening of 29 November 2014, when Team Vestas Wind struck the Cargados Carajos Shoals, 240 nautical miles northeast of Mauritius. Recovering from banging his head on the forward bulkhead and as his crewmates dealt with the damage to the hull, Carlin got on with the job he says he was trained to do. "I ran back to the media desk to get footage off the system," he comments. "I then had to decide what to shoot on - my Canon or the GoPro - and what other equipment to save." Opting for the GoPro he put the Canon and gear he didn't need immediately into Peli cases or waterproof bags.

The crew abandoned ship early the following morning and were later rescued by coastguards, who took them to the nearby islet of Ile Du Sud. Eventually they returned to Europe via Mauritius. Carlin and VOR media staff later edited his material into a report that dramatically shows the drama of the crash and the fortitude of a crew working together.

The aim is for Team Vestas Wind to rejoin the race, most likely at Lisbon in June, but in the meantime the remaining boats plough on, with modern comms providing the link with home and a worldwide audience.