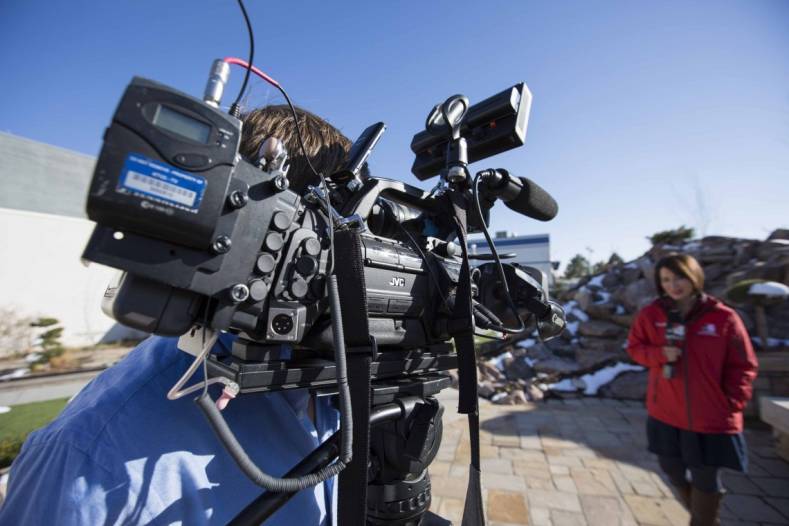 The JVC cameras complement the station’s four microwave trucks and two satellite trucks, allowing an enhanced ability to excel in local coverage. According to George Severson, news director, photogs in the field have been trained to use the GY-HM890’s built-in HD streaming capabilities first, a move that has “dramatically” reduced operating costs.

“It’s an awesome tool to have in our tool box,” Severson said. “We can respond to news as it’s happening.”

In mid-January, for example, a KTVX crew with a GY-HM890 camera was able to provide live coverage from the scene of an attempted bank robbery near the end of the 11 a.m. newscast. “It was an awesome opportunity and a great success story,” Severson said.

Owned by Nexstar Broadcasting Group, KTVX and sister station KUCW, a CW affiliate, share resources to produce eight hours of news, morning shows, and lifestyle programming on weekdays, as well as evening newscasts and a Sunday night sports program on weekends. Severson said two live shots per newscast is pretty standard, and now many of those shots are produced using the JVC GY-HM890s, which are paired with compact 4G LTE modems that connect via USB.

In addition, a multimedia journalist based about 300 miles south of the station (Salt Lake City is a very large geographic DMA) uses a JVC GY-HM650 ProHD mobile news camera to produce live stand-ups from St. George and surrounding areas of Southern Utah. The rest of the station’s ENG cameras are JVC GY-HM700s, which have been in use since 2010.

Feedback from the photogs about the GY-HM890 has been generally positive, Severson said, because it is lightweight and easy to operate. “It does give us nice pictures from the field,” added Dean Davidson, director of engineering.

ProHD Broadcaster receives live video from any streaming-enabled JVC camcorder, transcodes the signal for a variety of delivery platforms, and provides reliable transmission of the signal. Each camera is uniquely identified, and a built-in matrix switcher with unlimited I/O makes it easy to manage signals for distribution to multiple destinations. Davidson said KTVX uses its ProHD Broadcaster with two Teradec decoders to stream its live HD reports from the field, and the server’s built-in Zixi processing helps produce even better images.

After more than three months of live reports, Severson continues to be impressed with the JVC cameras. “We can get on the air with live breaking news faster. It makes us more flexible and competitive,” he said. “The technology makes it much easier for an MMJ to be a one-man band. It’s a great resource for stations to have.”