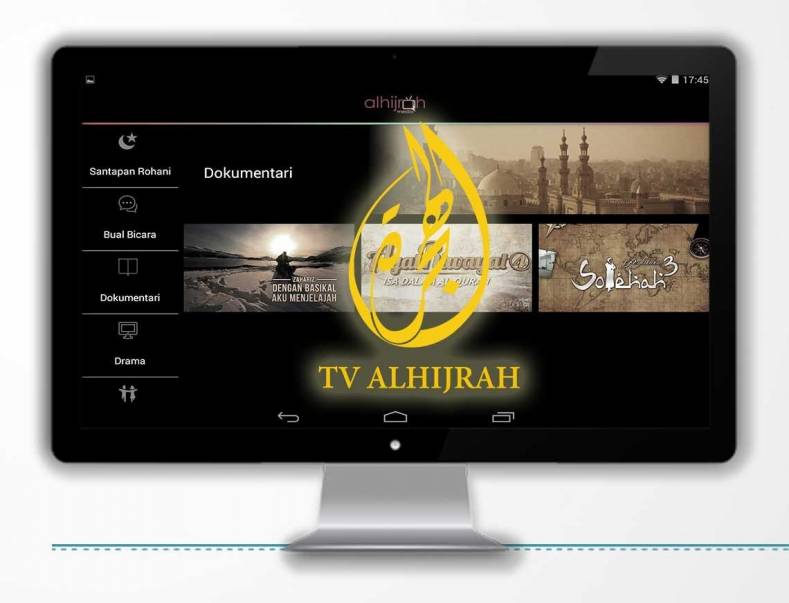 Mog Technologies’ customer – TV AlHijrah – is a government-owned over-the-air television network in Malaysia, broadcasting in HD from its Digital Broadcasting Centre in Kuala Lumpur. MOG, together with local partner ATP, worked together to provide a solution able to cover the broadcaster’s daily operations tasks. The main challenge of this project was to keep the existing equipment, while maximizing the performance of the production workflow with a perfectly interoperable solution.

Our customer – TV AlHijrah – is a government-owned free-to-air television network in Malaysia, broadcasting in HD from its Digital Broadcasting Centre in Kuala Lumpur. Introduced as the first Islamic lifestyle television station in Malaysia, TV AlHijrah marked a new era in the local broadcasting industry with the intention of providing a platform to educate, inform and uniting the Ummah via its creative and universal production adhering to the teachings of Islam.

ATP Digital Media was founded in 2007 in order to satisfy the increasing demands of Malaysia’s Broadcasting IT.

As a partner, ATP Digital is responsible for deliver and support MOG on its geographic market. The company fulfills all the requests from broadcasters, from completely setting up a television station from the ground, up to implementing upgrades for an existing broadcast station.

ATP Digital Media supported MOG in the implementation at TV AlHijrah workflows. First by helping to understand the customer’s workflow and second by representing MOG when integration and installation services were required.

Following the decision to bring TV AlHijrah on air, the broadcaster initiated the project and a complete new studio was built in less than 4 months. From the moment it started to broadcast, TV AlHijrah has implemented a lot of improvements and received plenty of positive reviews from the viewers that have increased day-by-day.

Being a broadcaster, there is the constant need to keep growing and improving its facilities and workflows in order to add new capabilities, upgrading and adapting the system to the rising organizational requirements.

MOG and ATP worked together to provide a solution able to cover the broadcaster’s daily operations tasks. The main challenge of this project was to keep the existing equipment, while maximizing the performance of the production workflow with a perfectly interoperable solution.

To manage the capture of contents, TV AlHijrah was already using a third-party vendor. The challenge was to automatically ingest and transcode the XDCAM HD422 .mov files into OP1a files, while producing three XML files with inserted metadata both for the MPEG 1.5 Mb/s proxy and MPEG long GoP 50 Hi-Res assets, sending them into existing MAM and storage systems.

At the same time, the broadcaster needed to trim and merge clips in order to prepare the program to go on air. Since the capture was uninterrupted, there was the need to cut parts of the content to prepare it to be distributed to the audience. Along with these changes, operators needed to preview the contents before sending it to MAM in order to check if the final result was according to the expectations.

For this project, MOG has also provided onsite support and consulting services. The existing equipment was adapted to a solid and interoperable solution, able to provide effective and faster ingest and automation tools.

The broadcaster has implemented MOG’s powerful file-based ingest system – mxfSPEEDRAIL F1000 – which provides a centralized approach to automatically ingest any type of media files. The current installation is ingesting Quicktime MOV files, wrapping them and unifying the production environment into MXF OP1a files. Although the broadcaster decision on maintaining these formats, mxfSPEEDRAIL is fully prepared to handle multiple formats at any time a change occurs.

After transcoding the media files, mxfSPEEDRAIL creates both Hi-Res and Lo-Res versions, sending the contents into different storage systems, while generating 3 XML files and keying the metadata into the existing MAM. In addition the Hi-Res, Proxy and XML files are sent to an existing Media Asset Management (MAM) watch folder to be later processed by the MAM. Another requirement was to have the 3 type of files (Hi-Res, Proxy and XML files) co-existing at the same time in the watch folder or at the MAM. MOG were able, through the mxfSPEEDRAIL F1000, to efficiently guarantee the delivery of the Media and Metadata registration to the existing MAM, while assuring the maximum quality and performance during the process.

When working with several ingest systems, is also extremely important to have a simple and central way to control and manage the production workflow. Therefore, MOG has also implemented the Load Balancing feature which allows the user to manage the workload across multiple ingest systems, ensuring that the workloads processes are adequately balanced.

The master machine is also integrated in the cluster contributing to the work load processing. In case of a master or any other systems failure, redundancy will always be ensured by one of the other available servers on the load balancing cluster, which will automatically assume the job, either its master or slave role and depending on the situation.

The above workflow main purpose was to unify the broadcaster production environment and keep the contents archived for future usage and history. The generation of proxies enabled operators to have a faster access to the contents, while taking also advantage of the remote access to the system with moreover 3 files being ingested by each user at the same time.

Working together with the deployed automatic ingest environment, TV AlHijrah also needed a specific Trim & Merge workflow to simplify and reduce time to prepare the contents to be transmitted. With mxfSPEEDRAIL’s Trim & Merge capabilities, TV AlHijrah operators are now able to edit the contents by cutting the undesired excerpts of the program.

The system plays the captured sequence enabling the operator to manually trim it into different clips. This selection can also be automatic, by using the timecode of the clip to edit the Mark In and Mark Out points. After the trimming process, the several sequences are merged into a full clip, while maintaining the original ID, updating it in the MAM and generating the 3 XML Files.

With MOG’ mxfSPEEDRAIL system, TV AlHijrah was able to maintain the existent equipment, while improving production and post-production processes and ensuring they are seamlessly connected to achieve the maximum productivity.

The mxfSPEEDRAIL Real time playback systems are used for quality control purposes, providing the availability of monitoring and previewing the ingested TV programs before going on air.

The SONY XDCAM HD422 content wrapped in MXF OP1A can be previewed after the Trim and Merge operations takes place and then safely sent to playout servers, while assuring the required quality levels. 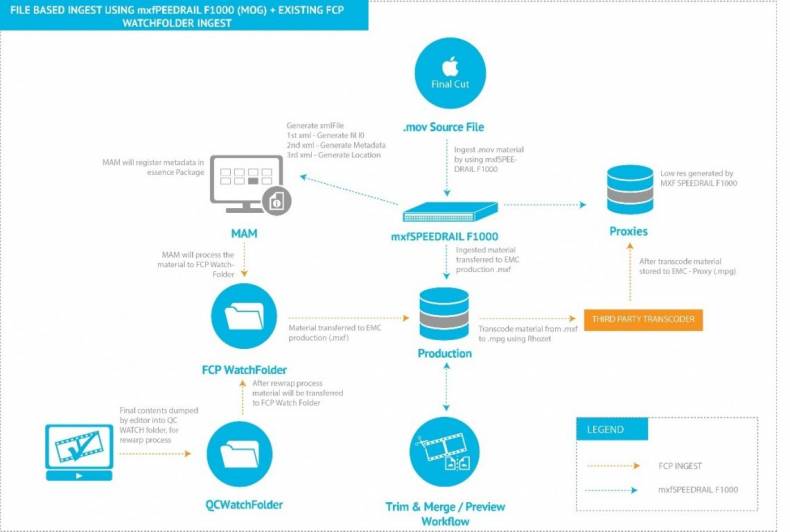 By implementing MOG mxfSPEEDRAIL file-based and playback system, TV AlHijrah was perfectly able to integrate the existing equipment and workflow by adapting a seamless tapeless solution that solved the workflow gaps in an effective way.

The main points that lead to mxfSPEEDRAIL choice were: