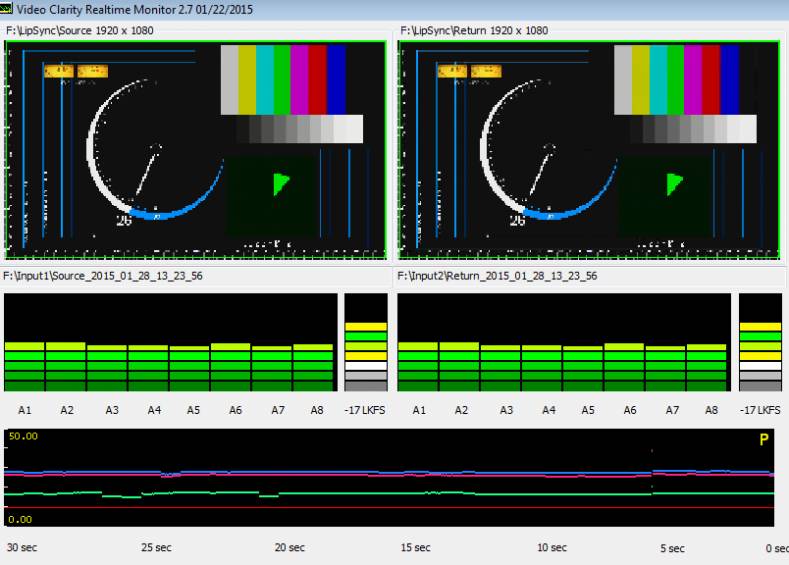 Video Clarity is now shipping its RTM real-time audio and video monitoring solution and ClearView line of video analyzers with (optional) built-in decoding of Dolby Digital and Dolby Digital Plus audio in SDI or IP video streams and files.

Video Clarity announced that the new Dolby Digital Plus audio decoding option has already been installed by a major cable TV provider, a multinational telecommunications corporation, and a telecommunications equipment manufacturing company.

“Adding Dolby Digital decoding to the testing process is one of our latest innovations,” said Blake Homan, president and founder of Video Clarity. “The new integrated decoding functionality means television networks and our manufacturing clientele won't have to purchase a separate decoding device and will spend less money overall on a functioning test solution.”

Built-in Dolby Digital decoding allows users to test files and streams containing Dolby audio, giving RTM and ClearView an internal ability to decode IP streams to baseband signals without first requiring external decoding. In turn, users can join and switch to any stream over an IP network and selectively decode any of those audio/video streams serially for testing. This function enables such tasks as an A/V offset test for lip sync to be performed on any kind of stream containing a mix of Dolby and other audio types, using either RTM's real-time test inputs or the ClearView capture function on both HD-SDI and IP inputs.

The new Dolby Digital audio encoding functionality for RTM and ClearView is available at a price of $4,995 per system for all multichannel audio decoding requirements or as an optional software license for new systems.