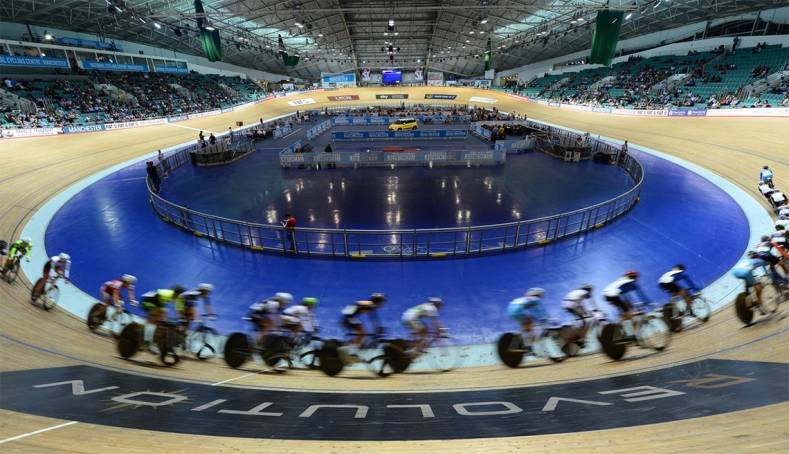 Just as the International Olympic Committee announced plans to mount point of view (POV) cameras on cycles competing at the Rio Games, similar systems have debuted at the UCI Track Cycling World Championships held in the Parisian suburb of Saint-Quentin-en-Yvelines from 18-22 February.

For the first time ever at a UCI Track Cycling World Championships, miniaturised cameras installed on the bicycles’ saddle tubes will transmit live images of the race, as well as to the Velodrome’s giant screen.

Broadcast RF’s POV camera the VeloVue HD is being launched at the event. Working in conjunction with the UCI and host broadcast producer HBS, using VideoSys Broadcast as a technical partner, Broadcast RF have produced a full HD camera and wireless transmitter, small and lightweight enough to be mounted on track bikes as well as many other athlete mounted applications.

The VeloVue HD has Cobham RF technology at its core, along with a bespoke mini camera design developed by VideoSys and weighs in at 199g (222g inclusive of bespoke bike mounts) for the complete camera and transmission system, including battery.

Chris Brandrick, Broadcast RF sales director, “The VeloVue HD is the holy grail for on board bike technology. We have been waiting for the technology to develop enough to allow us to come up with a wireless HD camera product which is small, light, and aerodynamic enough to mount on professional bike riders competing on the world stage.

This is a ground-breaking project, the first system of its kind. We are very excited to show the world what can be done with this new combination of camera and RF technology in a single package.”

Dan Miodownik, HBS’ director of production, claimed: “The live on-board camera is the angle that has been missing from track cycling coverage. It’s one that will delight both the hardcore fans and viewers new to the sport. Getting to this point requires significant technical integration, but with the expertise from our technical partner Broadcast RF and the commitment and vision from UCI, we are ready to bring something completely new to track cycling coverage.”

Following initial research and development focused on making the camera and RF transmitter as safe, compact and light as possible, HBS organised a number of tests served to establish the project’s viability. The French National Team participated in the first of these tests, with a second one taking place at the UCI’s headquarters in Aigle, Switzerland. The camera and transmitter used during the first test weighed a combined 300 grams – a minimal weight that has since been shaved down to an astounding 199 grams.

Steve Docherty, who will be the Director of this year’s event, worked on both the 2013 and 2014 editions as well and explains that “the team and I are all delighted to be part of the 2015 Championships and excited by the enthusiasm and innovations HBS and the UCI have brought to the sport. It’s always a thrill to be able to do something unprecedented.”