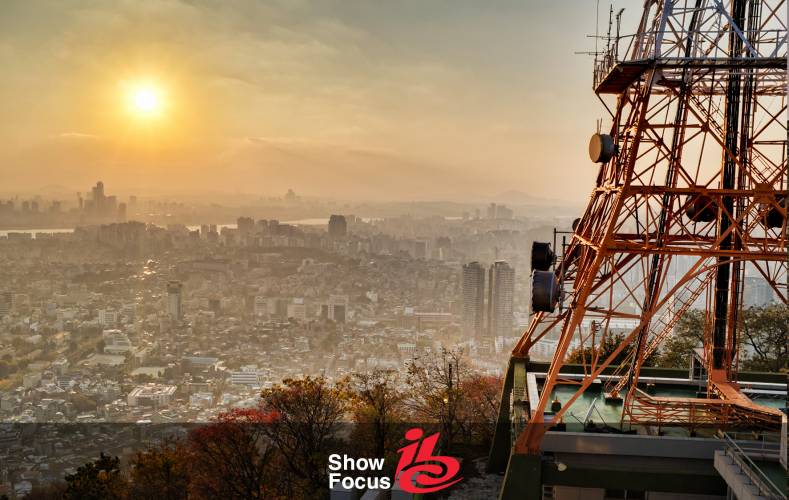 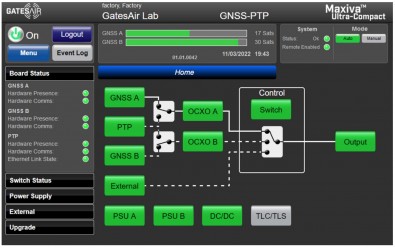 In early August 2022, GatesAir, (Stand 8.C73), announced that Thomson Broadcast completed its acquisition of GatesAir. Ylias Akbaraly, Chairman of Thomson Broadcast commented, “Today opens an exciting new era in the rich history of two companies and trusted brands that have each been delighting customers for more than 100 years.

GatesAir’s return to IBC is marked by a series of new product introductions and “European debuts” – a number that may appear higher than usual as three years have passed since the previous IBC. “We have one global debut, but for most IBC attendees there are several products new to them across our TV, Radio and Intraplex networking product lines,” said Ray Miklius. Vice President of EMEA Sales and Channel Programs.

Miklius added that the IMTX-70 Intra-Mast transmitter and GatesAir’s recently introduced PMTX-1 outdoor transmitter solutions are important to GatesAir’s low-power TV (LPTV) business, which has become a bigger emphasis for the company’s global strategy post-US repack. “Business has been very strong, and we have many major TV, FM radio and DAB projects around the world,” he said. “We have also seen strong activity in the US market as operators modernize their RF plants.”

IBC 2022 will mark the European debut of GatesAir's Maxiva GNSS-PTP Timing and Signal Reference Generator at its IBC stand. New for broadcast and telecom facilities it seamlessly connects to second-generation Global Navigation Satellite Systems and other timing sources. The new Maxiva GNSS-PTP is a standalone 1RU solution with a sophisticated switching algorithm that assures high-precision 10MHz and 1 PPS reference signals to mission-critical components in the signal chain. 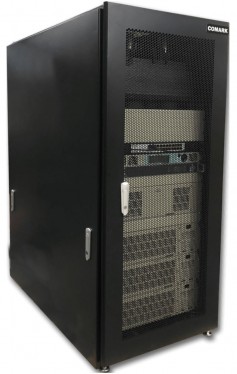 Recently introduced Hitachi Comark products include the E-Compact EC700HP-BB3 series air-cooled, solid-state, high efficiency Doherty design, UHF DTV transmitters with TPO from 950 watts to 11.2 kW in ATSC 3.0. The BB3 is a version designed to support US post-repack TV channels 14-36. The non-BB3 EC700HP is designed for international requirements to transmit TV signals between 470-808 MHz. Both versions offer built-in GUI for remote access and optional SNMP client activated by a software license.

Rohde & Schwarz (Stand 7.B21) will be demonstrating a live 5G broadcast system at IBC 22. Visitors can gather important information about a new era of media delivery and learn more about the benefits of 5G Broadcast technology which has the potential to redefine broadcast to mobile users. The significant feature, advantage, and benefit package of high power 5G broadcast/multicast transmitters is that they can cover large geographic areas with 5G signals to large audiences at low latency, to enhance the capability of the cellular unicast network.

Premium components in the R&S TLU9 as well as self-optimizing and self-diagnostic features contribute to its operational efficiency.

R&S will also present its leading-edge, software-upgradable TV transmitters such as its TLU9 low-power (10-200 watt) UHF LPTV transmitter and Gap Filler, the R&S THU9evo (1.5kW to 96.5kW), and the TMU9evo (up to 6kW). A new transmitter solution is also expected to be unveiled at the show.

DekTec (Stand 2.B48) builds TV RF testing products, and it will demonstrate several new RF test solutions at IBC. One planned demonstration is of a typical system using a DTU-315 all-standards, all-band modulator for USB, generating an ATSC3.0 signal via PC/laptop, feeding a new DTU-331 receiver. 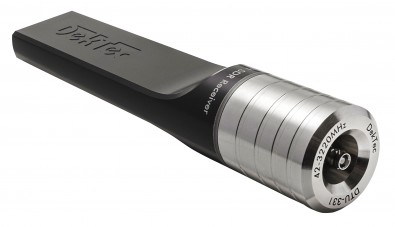 The DekTec DTU 331 is a new, pocket-size modulator for all popular DTV standards, fully agile over VHF, UHF and L-band. It can be tuned from 42 to 3200 MHz.

Other DekTec products making IBC debuts are the DTA-2116. It is an all-standard, GPS synchronized, 0-3GHz modulator PCI card for a PC, also using SDR. Also on display is the DTA-2110, a new GbE NIC on a PCI card. It is a SFP + network interface specifically designed for SMPTE 2110.

Also new in Europe at the DekTec IBC stand is the DTA-2127, a quad satellite, dual demodulator satellite receiver with 3G-SDI/ASI ports on 4 independent channels. It is designed to receive services from 4 transponders and provide software re-multiplexing to IP or a cable network, with either an additional ASI input or a software-decoded 3G-SDI output.