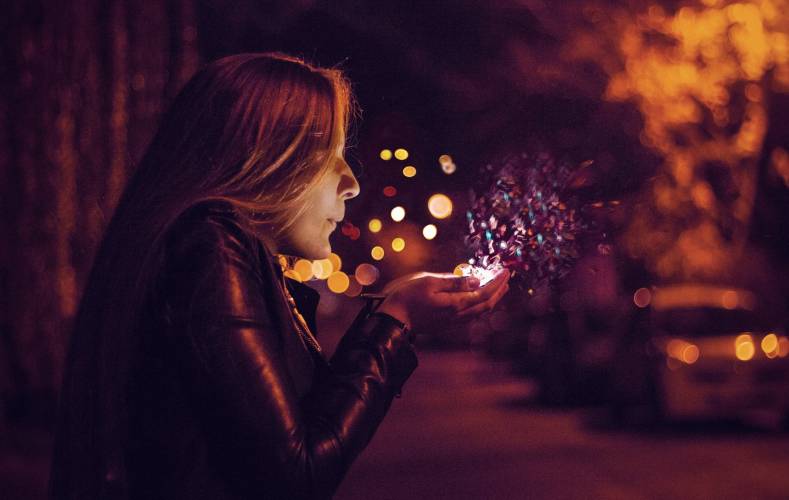 Television is a magic show, and the people behind the scenes make the magic. The challenge of creating great TV content on a tight budget is to create the same kind of magic the TV audience is used to. The phrase “Nothing new under the sun” has been around for over 2000 years and is often repeated today in creative endeavors such as writing, movies and TV.

Fact is most good ideas are stolen. One example is the ubiquitous ‘news, weather, and sports’ local TV newscast format. I’ve worked with stations that tried to change that order, and other than opening a newscast with a quick weather teaser at the top of the show, shuffling it doesn’t work on local TV.

To look like a million, you must understand what a million looks like. You can do that by watching network TV with the sound turned off. Focus on images, frame composition, lighting, transitions, and graphics. I watched the recent live coverage of the Indianapolis 500 with the sound off. It was interesting to note how long the director stayed on some camera shots and how they used a vertical side-box for detailed status text graphics. I don’t know if the lengthy camera shots were because a camera or two were down, or if it’s how the director planned it. The magic of TV is that viewers don’t know what they are not told. The secret is for talent to not mention problems on the air and people behind the scenes who are prepared for anything.

A permanent TV studio environment is much easier to control than a field production. In the field, anything can go wrong and it’s usually something completely expected. The best TV engineers can do is prepare for anything and everything to fail at the worst possible moment. Power and internet service are most vulnerable because they can be interrupted by human accidents out of everyone’s control, such as an accidently cut fiber or a power pole broken in a car wreck.

Fortunately, modern TV gear draws relatively low power, making it easier for UPS back-up power. Other than an on-site AC generator, UPS units are about the best TV engineers can do to backup AC service. Engineers at the production venue must find the location of breaker panels and identify the breakers the production is using.

If you’re using the internet for live field camera transport, a studio transmitter link, or to feed a streaming service, reliable bandwidth is a critical component of the production. Cellular data may work well during rehearsal, but if something big happens at a live news or sports venue, virtually everyone in the crowd will try to stream a video to their favorite social platform. Some cellular systems can handle serious data bursts, others cannot.

In a million-dollar national production scenario, the production company usually owns all the cameras and peripheral gear it needs. In lesser budget scenarios engineers must sometimes improvise, meaning borrow or rent additional field cameras. Nearly all modern video cameras make great pictures, and nearly all are different in many ways. Much depends on the resolution format of the production itself, i.e. 720p, 1080i, 1080p or 4K UHD.

The most popular formats for TV broadcast and live production are 720p and 1080i, but not all cameras are capable of that. Some cameras, particularly drones and PTZ cameras don’t go lower than 1080p, also known as Full HD and 3G-SDI. Often the only way to bring a 3G-SDI camera into a 1080i production is with a standards conversion box, available from several manufacturers. 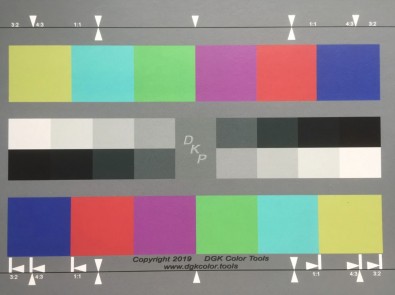 A color bar test chart is useful in matching and checking the performance of video cameras. Courtesy DGK Color Tools.

A video camera is no better than the camera person operating it, and that person must become one with the camera as it moves. When I work with new camera people the first thing I do is to familiarize them with the camera and user settings, the second thing I do is familiarize them with the tripod and fluid head. The test of proper fluid head drag adjustment and camera operator interface with it is to practice diagonal camera movements while zooming. If the camera shot looks like it’s going down stair steps instead of a gentle diagonal movement, the drag needs adjustment and the operator needs more practice. Optimum drag adjustments depend on the operator. One setting does not fit all.

The camera must also be balanced on the tripod head so it doesn’t tip forward or backward when untouched. Operators need to know where the Pan and Tilt locks are and to not use drag knobs to lock the camera.

Camera operators also need to know how to adjust the iris and ND filters, and that infinity focus won’t necessarily be the optimum focus on subjects closer than up to a mile. Auto focus generally will suffice, but for that million-dollar look, cameras must be sharply focused on the subject. Many professional cameras offer peaking and other features to assist operators with manual focus.

One tip I’ve learned to tweak cameras is to use a color test chart with a waveform monitor and vectorscope to set up and match individual cameras. The chart can be used to verify white balance and color balance when observed on a vectorscope. The electronic color bars output of a camera is usually perfect. The video of colors on the chart should match the electronic bars but may not exactly. Generally, the better the camera, the closer the test chart video color dots on the vectorscope will be to the center of the color boxes. A waveform monitor and vectorscope are powerful tools the technical director needs to maintain optimum camera video output in dynamic shooting situations.

Watch the most popular TV network news and sports coverage for new trends, such as the size, style, colors and layout of computer graphics and character generator pages. You may notice that some text is smaller than it used to be, because more viewers are watching on better displays. Modern TV displays show nearly the entire raster, extending SDTV screen ‘safe zones’ for text graphics. The idea is to find graphics you like on network television and use them as a template for your production’s graphics. Beware of clutter and too much information.

Every production needs AC extension cords and power strips. Bring extras. HDMI is inexpensive, but the Achilles’ heel of HDMI is its connectors. HDMI connectors built into gear are often part of the circuit board and the copper connections soldered to the board can be easily bent. HDMI connectors on cables are designed to break easier than HDMI circuit board connectors for that reason. It’s also physically obvious when a cable connector is about to fail because it typically appears bent where the wire goes into the connector. They are not nearly as strong as BNC connectors. Bring spare HDMI cables because you will probably need a replacement if someone trips over one. Cat 5/6 cables are also a modern necessity. Pack extras.

All wireless systems can appear to be working properly during setup, yet wireless connections can act up during the event. Wireless mics, IFBs, and Wi-Fi can act up when another nearby system tries to occupy the same channel, which is not that unusual on the day of the event. One problem I wrestled with until I learned what was happening was peoples cell phones trying to log onto the production network Wi-Fi. We resolved that issue by turning off all production device Dynamic Host Configuration Protocol (DHCP) and assigning fixed IP addresses. Otherwise, a nearby rogue cell phone may log onto an apparently inactive IP address that suddenly becomes active when needed for the production. The best way to avoid IP address conflicts is to engineer them out of the system with fixed addresses.