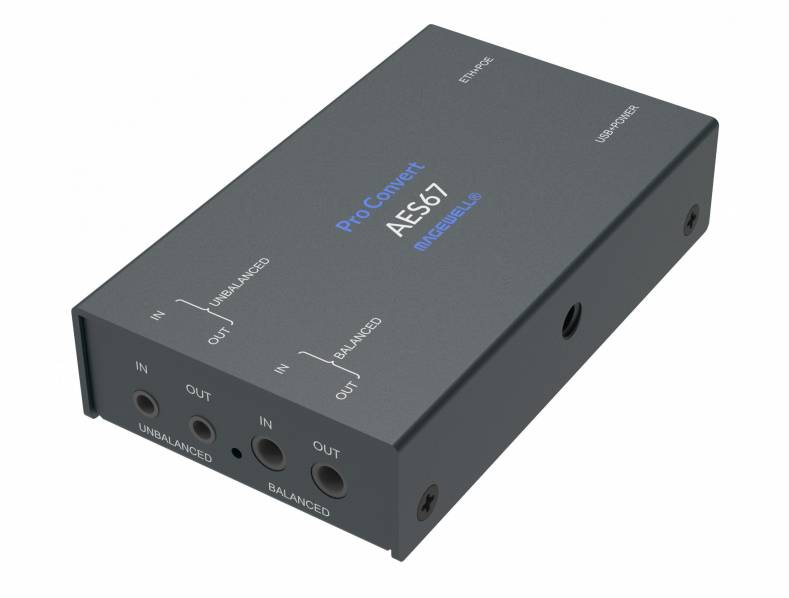 Magewell is extending its renowned media processing and IP workflow expertise into the audio domain with the introduction of its Pro Convert AES67 multi-format IP audio encoder, decoder, and capture device.

Supporting standards and protocols including AES67, NDI, and SRT, the device can flexibly convert between different IP media technologies while also offering a seamless bridge between analog audio, software, and IP networks.

IP-based audio conversion between AES67, NDI, and SRT, enables mixed-technology local and remote production workflows that combine third-party products supporting different standards and formats. The device can also encode analog audio into AES67, NDI or SRT streams as an ‘on-ramp’ to IP networks, as well as decoding IP audio streams in any of these formats and protocols for analog output. The hardware features unbalanced stereo 3.5mm input and output connections plus 4.4mm balanced stereo I/O, with XLR connectivity available through included breakout cables.