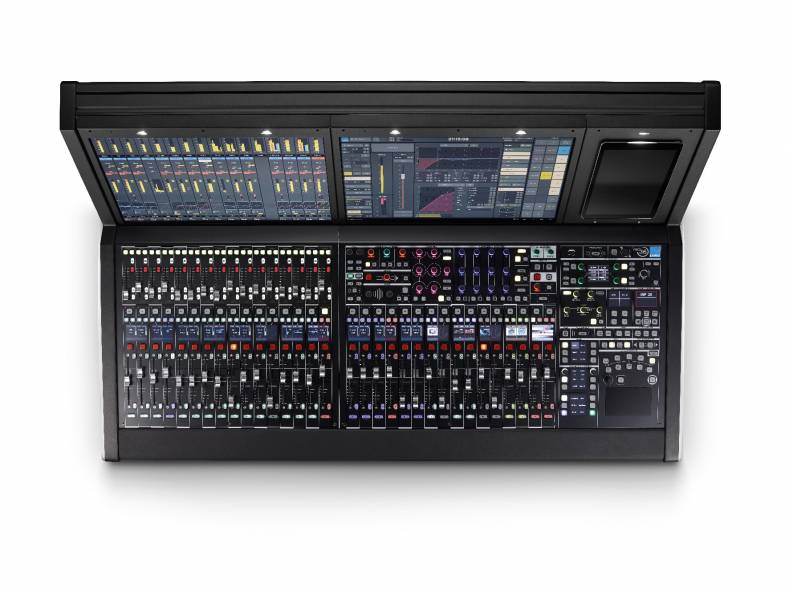 Like most equipment now being marketed to broadcasters these days, audio consoles continue to improve in the area of audio over IP (AoIP) networking and remote production workflows. Indeed, efficiency, flexibility, and remote as well as distributed production are at the top of the broadcast production agenda.

Here’s what some have in store:

ImPulse is a DSP engine with native SMPTE 2110 connectivity. It’s compatible with the Calrec Assist web interface as well as the company’s Apollo and Artemis consoles to provide a simple upgrade path for existing customers moving to an IP domain. It also provides 3D immersive path widths and panning for next-generation audio with height and 3D pan controls, flexible panning and downmixing built-in.

ImPulse allows up to four independent mixing environments to run from a single core, wherever in the world it’s located, and each independent mixer can access up to 1458 paths. 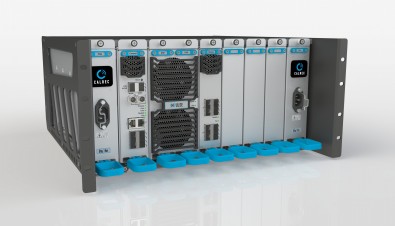 Calrec’s ImPulse allows up to four independent mixing environments to run from a single core, wherever in the world it’s located.

Calrec Assist is a browser-based interface that creates a virtual console environment allowing operators to mix directly from a computer or laptop. It’s compatible with a range of products to help broadcasters streamline workflows, improve cost efficiency, and expand the variety of coverage.

Calrec’s Type R will sit on the same IP network, as will the rugged Brio console, connected via an AoIP box. Calrec’s AoIP and Gateway boxes give users on a Hydra2 network the ability to merge onto an IP network. This means they continue to get value from their original investment while tapping into the benefits of IP workflows. Gateway technology also lessens the learning curve for operators and allows broadcasters to transition at their own pace.

Also, in the area of IP networking, the company will show its RP1 Remote Production unit, which enables a console user to access another console located anywhere in the world without ever leaving the studio. Using this remotely controlled processing engine allows dedicated control rooms to be used to mix feeds from multiple remote venues.

Type R can provide fully automated programming with real-time adjustment of external factors via a standard web browser, and its small and highly portable hardware elements can be quickly added if required.

The Audio department at Lawo (Booth C6932) will introduce the latest software (version 10.2.4) for its mc² family of audio production consoles and the software-defined A__UHD Core Ultra-High Density IP Audio Engine. The later adds support for the 48-fader version of the mc²36 console while minimizing space, power consumption and weight requirements. It also allows dynamic sharing of its 1024-channel DSP resources between several mc² consoles.

“IP networks are in the process of becoming the go-to infrastructure for all types of signal transport in broadcast and media production—whether on-site or in decentralized setups, with or without links into the public or hybrid cloud,” said Wolfgang Huber, Public Relations Manager at Lawo.

While dynamic TC automation is an option for the mc²36, it is free for the mc²56’s and mc²96’s feature set. Other additions include a de-esser (with De-Ess and De-Boom modes), the flexible coexistence of 48kHz and 96kHz within the audio production environment, and support for 64-channel I/O cards (MADI, DANTE SRC and MADI SRC) by Lawo’s Power Core Gateway, which joins the growing family of HOME-native devices and now supports up to 256 channel streams. 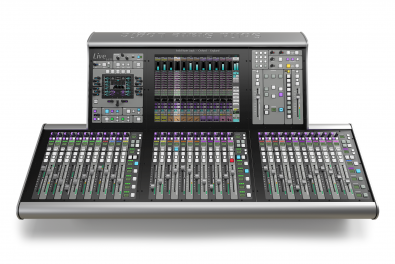 The SSL Live V5.0 software will be demonstrated in conjunction with the Live L650 console, offering a set of integrated control solutions for different applications.

Lawo will also show its audio consoles connected to Lawo’s new HOME Management Platform for IP-based Media infrastructures. It’s natively built on a cloud-ready microservices architecture. Besides centralized access and control for all Lawo products within a setup, HOME helps broadcast professionals address some of the most fundamental requirements of modern IP infrastructures, including automated discovery and registration of both NMOS and HOME-native devices, connection management, flow control, software & firmware management, scalability and security. HOME also supports a number of third-party vendors.

The SSL Live V5.0 software, which will be demonstrated at NAB 2022 in conjunction with the SSL Live L650 console, offers a set of integrated control solutions for L-Acoustics' L-ISA and Meyer Sound Spacemap GO, Shure ULX-D and Axient Digital Mic Control, providing control over key features from within the SSL Live console ecosystem, in addition to new processing tools: Blitzer, Sorcerer and much more.

Expect to see and hear much about mixing for immersive audio and spatial sound from these companies and others at this year’s NAB Show. However, making the audio console available to anyone on the network is the real innovation that’s soon to be leveraged in a big way across the industry.