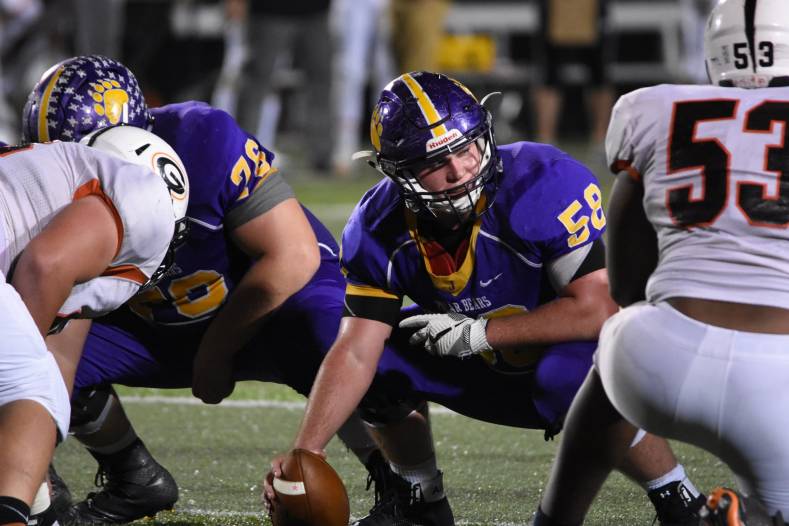 Such analytics has increasingly been driving viewing not just of the match content itself but also the associated advertising, which is hugely lucrative for whichever broadcaster has rights, as well as for brands involved. This year expectations of commercial success and viewer numbers have been stoked higher than usual by emergence from the Covid-19 pandemic bringing fans back to the stadium, as well as by the event’s heightened visibility at a time when live or linear audiences are in general decline or fragmentation in most markets, especially in Europe and North America.

Indeed, it looks likely that total viewer numbers for Super Bowl 2022 will be up on 2021, reversing six consecutive seasons of decline. Audiences peaked in 2015 at 114.4 million, but had fallen by 12.5% to 96.4 million by 2021, according to Sports Media Watch. The 2021 figure was widely considered disappointing at a time when the pandemic was at its height and expected to draw in more viewers for events still taking place, although one bright spot was online viewing as last year’s broadcaster of the event, CBS, reported a slight increase in internet streaming of the Super Bowl at an average 5.7 million viewers per minute.

Super Bowl 2022 is being televised by NBC and available for live streaming on the broadcaster’s Peacock online service, or via the NBC Sports App on mobile devices. One notable aspect, harnessing data analytics, is that NBC was originally scheduled to broadcast the 2021 game but did a deal with CBS to swap so that it could cover both the 2022 Super Bowl and Winter Olympics taking place around the same time.

Ahead of Super Bowl 2022 NBC has been beating expectations in selling ad inventory, having sold 85% of available stock by September 8th, over five months before the event, and commanding rates of $6.5 million per 30-second spot, almost $1 million above the $5.6 million prevailing in 2021.

At first sight this defies commercial logic at a time when audiences have been declining, with no certainty earlier last year that trend would be reversed. But the point is that audiences for other major events had been declining faster amid general fragmentation, leaving Super Bowl standing as a beacon of concentrated live viewing in the USA. As NBCUniversal CEO Jeff Shell put it at an investor conference in June 2021, “Reach is increasingly difficult to find in the market, and if you have reach, then you have a commodity that’s very valuable.”

One factor driving greater interest that feeds increasingly off data analytics is the rise of gambling in the USA and especially sports betting. Nationwide sports betting had been effectively outlawed in the USA by the Professional and Amateur Sports Protection Act of 1992, but that was declared unconstitutional by the United States Supreme Court in May 2018, since when betting has gradually been legalized state by state, extending to 25 now compared with 18 a year ago.

As a family-dominated league, the NFL has been most cautious in embracing betting, being the last of the four major US professional sports leagues to partner with sportsbooks, despite having the greatest commercial potential. Betting revenues have grown fast, attracting around $12 billion in bets and $800 million revenue over the 2021 NFL season that culminates with Super Bowl 2022, according to Play USA, a provider of gambling news and information in the country.

Even so, the NFL insists it is proceeding cautiously in promoting gambling on TV, the same as with the closely associated data analytics. According to Christopher Halpin, the NFL’s Executive Vice President, Chief Strategy and Growth Officer, broadcast networks are allowed to refer to betting lines in shows before games, but only to help explain aspects of the play, or as part of the overall narrative, with some limited displays allowed in graphs or as part of the bottom scoreboard updates.

Similarly, the NFL advises discretion in display of statistics or information generated by analytics, in order to maintain the primacy of the video content. This is at a time when NFL has invested heavily in analytics, but for the benefit of all parties, including teams and their coaches, as well as broadcasters and fans. This had been done under its Next Gen Stats (NGS) tool, which combines observations of speed and movement of players garnered from wearable tracking devices with machine learning algorithms designed to fine tune predictive capabilities. The analytics are executed by Amazon Web Services (AWS) using cloud-based machine learning, integrating data taken from traditional box scores, with data collected from the stadium and players.

Box score is a term used in all of the big US sports to describe a detailed breakdown of statistics on teams and players. Box scores were traditionally compiled by statisticians beside the pitch into the summary box score immediately made available to the public, these days with some automation. This is now augmented with player tracking, using technology developed in partnership with Zebra Technologies and Wilson Sporting Goods, running on the AWS infrastructure. This is now deployed in every NFL venue and not just for the Super Bowl, comprising around 25 ultra-wide band receivers, along with two or three radio-frequency identification (RFID) tags installed into the players’ shoulder pads.

There are also RFID tags on officials, pylons, sticks, chains, and even the ball. Together these feed the data that was initially used by clubs to analyze trends and player performance. But now it is increasingly also being used to enhance the fans’ experience in-stadium, as well as online and during broadcasts, with that caveat the statistics should not be overdone. The NFL is very sensitive about any innovation that jeopardizes the broad appeal of NFL matches, as well as Super Bowl.

Another key aspect of data analytics in sports broadcasting, especially in the US, is audience measurement and rating for both ads and program content. Although not specific to Super Bowl, there has been great interest generated by NBCUniversal’s appointment of iSpot.tv as its preferred ad measurement partner, with a new currency for measuring ad engagement being piloted during Super Bowl as well as the Winter Olympics during mid-February 2022. A common currency has long been a holy grail for the TV ad industry, aiming for a universally agreed measure of value for an ad that can be used to determine how much to pay or bid for it. iSpot.tv is one company that helps advertisers cater for an imperfect world by measuring the brand and business impact of TV and streaming advertising, as best they can.

iSpot.tv is now helping NBCUniversal’s verify audiences for both ads and programs, and is conducting currency tests during the Winter Games and Super Bowl, with clients across several different industry sectors, or “verticals”. This is a big deal for TV in the USA because this field has been dominated by Nielsen for half a century. Over that period, Nielsen’s weekly ratings have provided broadcasters, based on panels comprising samples of households, with information about audiences for their programs and channels that have helped determine the price of ads. These ratings have been increasingly criticised in recent years on various charges. Criticisms include being based on household panels that are too small for statistical significance, for relying on unreliable self-reported diaries, and recently for failing to integrate linear, on-demand and streaming viewing effectively.

The appointment of iSpot.tv in place of Nielsen for this debut at Super Bowl is evidence that some of those chickens have come home to roost. Although Nielsen has enjoyed some success updating and expanding the scope of its audience measurement, it has failed to convince NBC at least that it is still the best in town.