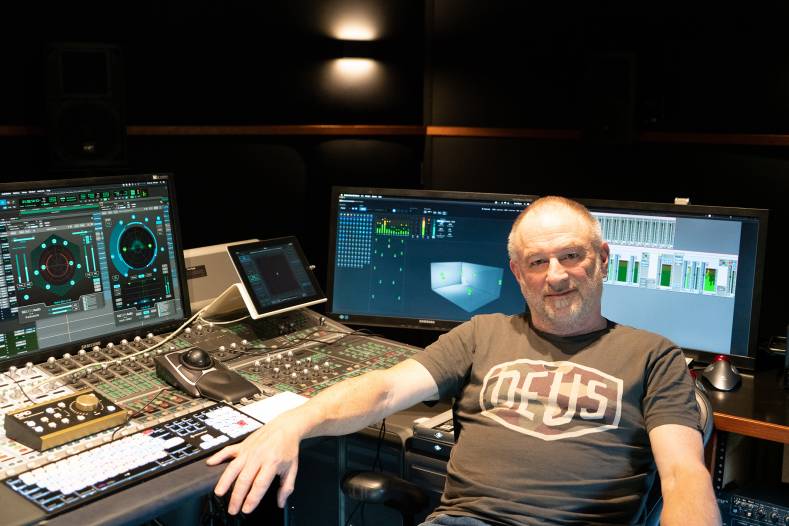 ​As Dolby Atmos continues to become a dominant force in the audio industry, studios like Melbourne-based Red Road Immersive are pushing the boundaries with sound design, bringing unparalleled audio experiences to listeners.

Red Road owner Angus Davidson has been in the music business for four decades, and has witnessed the evolution of Dolby Atmos and its benefits over the years. When he decided to concentrate solely on an immersive audio room at his production and mastering studio, he transformed it into Australia’s first officially certified Dolby Atmos Music studio and equipped it with a full suite of NUGEN Audio software for use on film and music projects.

Most recently, Davidson deployed NUGEN Post, which includes Paragon, VisLM, LM-Correct, Halo Upmix, Stereoizer and ISL, among others, for his work on Little Tornadoes, a feature film that premiered at the 2021 Melbourne International Film Festival. The film was one of the first Dolby Atmos projects on which Davidson used Paragon reverb, NUGEN’s newest software plug-in.

“Paragon is a great reverb for everything, but I found it particularly helpful for small spaces,” he says. “It has the most amazing algorithms for things, like compact rooms and inside of cars. It also has very well-defined and dense algorithms that allow you to create sympathetic environments really easily, say, if you’re looking at something where you want to match a room tone or a particular space. It is, far and away, the best in terms of recreating and matching spaces.”

Davidson goes on to explain that the film was initially produced several years ago, and therefore some of the original dialogue was lost. There are several scenes in which the male leads were in a car, and the original dialogue wasn’t usable, so they had to use ADR. Though the acoustics of the car would normally be very difficult to replicate, NUGEN’s Paragon was especially helpful in matching the sound.

“I found that using the Paragon for that purpose was flawless; it was such a good plug-in for that application,” he says. “If it wasn’t for Paragon, I don’t think we would have been able to recreate the dialogue. I tried all the tricks in the book and Paragon was clearly the only reverb that could create the kinds of close ambience that we needed in order to seamlessly recreate the internals in that car.”

Davidson was also pleased with how NUGEN’s Halo Upmix software performed when it came time for working on the film’s music. “One of the biggest challenges is creating surround from mono, stereo or 5.1 sources,” he explains “We actually went out and re-recorded a lot of ambisonics room tones and Atmos on-location where the film had been shot several years ago. But there was also a lot of old music that we could only get as stereo, and I wanted to really try and make that sound bigger, fuller and more immersive. That’s where Halo Upmix came in.”

Davidson recalls that the opening scene starts with the protagonist of the film driving in a car and you can hear an old Olivia Newton John song playing, so they “cured it” to sound like it was playing through a little car radio. As the scene develops, that sound morphs into a surround sound that Davidson says they were only able to achieve thanks to Halo Upmix. “I just love Halo Upmix, I think it’s a super clever tool; it’s my go-to,” he adds. “I’ve got lots of toys, and most stay in the box, but this one is always out being played with; it’s a really lovely piece of my kit.”

As for LM-Correct, Davidson says it is important for delivering final Dolby Atmos masters, as well as 5.1 versions and up, depending on the project’s requirements. “For me, LM-Correct was just such a quick and accurate tool to be able to do those re-renders and get them up to the ITU standard, which is obviously super important these days, as are control and standards for deliverables,” he continues.

Davidson has also used LM-Correct and VisLM for his musical work with the band Rufus Du Sol, for which the latest live album began streaming on Apple Music. When working to meet Apple loudness standards, Davidson says, it is important to have everything just right.

“VisLM was critical during that process because, with Dolby Atmos Music, you’ve got to be absolutely fastidious with making sure that your levels are correct,” he says. “If you’re even pulling 1 dB out, Apple will just say, ‘no, we don’t want it.’ It’ll be rejected. Knowing that we could monitor the mix and then go back and look at the time code points, see if we had overs and then go back and make corrections was so helpful. VisLM has a great workflow, which saves an enormous amount of time and gives you a very clear picture of whether or not you’re in the right place.”