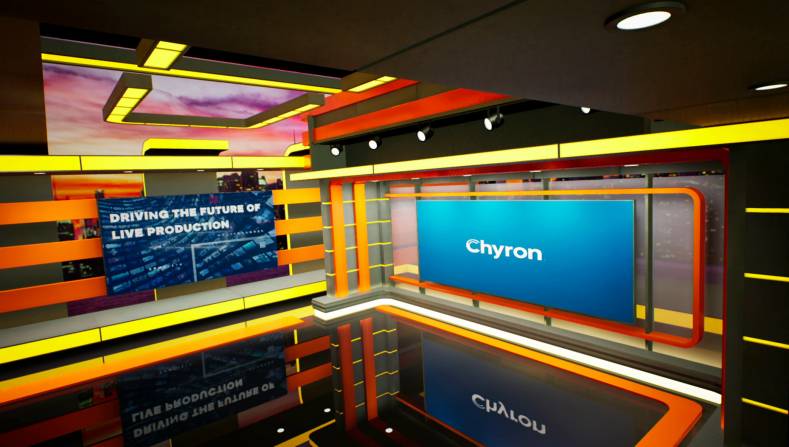 Chyron announce the release of PRIME VSAR 1.7, a significant step forward in the company’s mission to help broadcasters maximize and monetize the content they can generate with Unreal-driven virtual sets and augmented reality.

This latest release implements Unreal Engine 4.26, increases cameras per PRIME VSAR engine, and adds a host of template-based tools to simplify the process of creating and managing a broadcast-grade virtual set. PRIME VSAR 1.7 makes it easier for designers to create compelling virtual graphics and puts power in the hands of producers and journalists to leverage these assets across different channels and programs.

“Unreal Engine 4.26 brings some amazing new tools for designers, allowing them to make true-to-life animated character models and incredible natural environments with realistic lighting, atmosphere, and water effects,” said Mathieu Yerle, senior vice president of strategy and product at Chyron. “With Epic Games delivering these standout graphic features so consistently, we’re able to focus our efforts on demystifying the Unreal VSAR workflow, turning it into something broadcasters can use to drive ROI in their everyday programming.”

On top of PRIME VSAR’s library of procedural primitives that simplify creation of custom data-driven graphics, Version 1.7 introduces a weather forecast template that is automatically controllable from a connected data source, as well as a virtual screen template that can act as an easy-to-manage video wall within a virtual set.

“Not only do these tools streamline the creation process for designers, but all of these elements are directly editable and controllable by journalists and producers within any industry-standard NRCS via Chyron’s CAMIO MOS-integration and template-management system. That’s huge,” said Dan MacDonald, senior product marketing manager at Chyron. “Now virtually the entire newsroom staff can take advantage of these incredible Unreal graphics and treat them just like they would any common news graphic, such as a lower third.”

The PRIME VSAR engine itself is also receiving powerful upgrades, now allowing two cameras to connect to a single system and thereby greatly reducing expenses in multi-camera deployments. Additionally, users can now dedicate an engine for real-time SDI previews of VSAR scenes for confidence monitoring of every take in their show.